This Jewish biographer is behind Broadway’s hip-hop ‘Hamilton’ 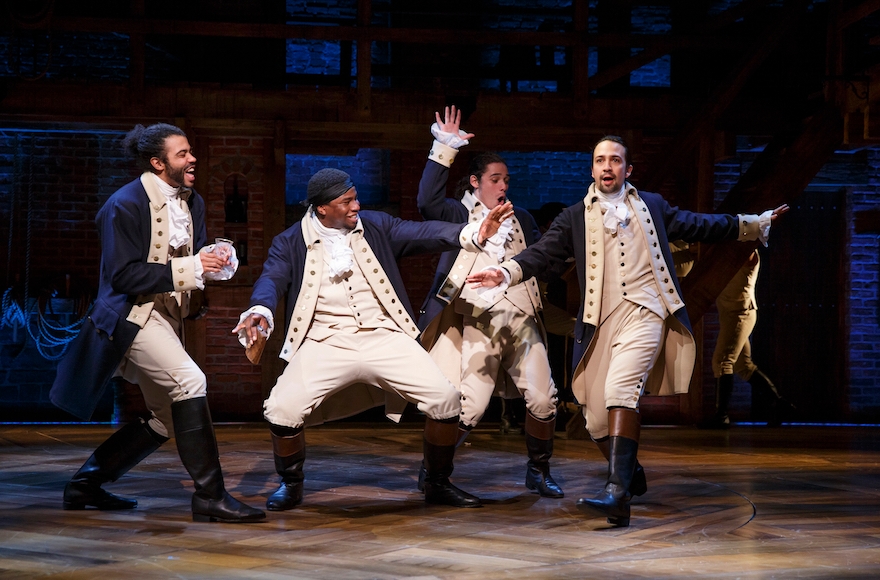 So it’s fair to say that at this point in his career, the Alexander Hamilton biographer knows the drill: There’s the author tour, the positive reviews, the making of the best-seller lists. There are scads of awards, including a Pulitzer, a National Book Award and the American History Book prize.

But the transformation of his book into a hit Broadway musical? Not so much.

Yet that’s exactly what happened to his tome about the nation’s first secretary of the Treasury.

“I never imagined that Hamilton would be turned into a musical, much less a hip-hop musical,” Chernow said in a telephone conversation with JTA. “I think I can safely say that that’s the last thing I would have expected.”

Nevertheless, the hottest ticket on Broadway today is “Hamilton,” which received rapturous reviews and has played to full houses since it opened last month.

The musical is the brainchild of Lin-Manuel Miranda, one of the brightest young lights on the Great White Way. Miranda’s first Broadway show, 2008’s “In the Heights,” was nominated for 13 Tony Awards, winning four, including for best musical and best score. It was a seemingly unlikely hit about growing up in the largely Dominican Washington Heights section of Manhattan.

But it certainly was no more unlikely than hip-hop Hamilton. “Through a mutual friend, I learned that he’d read the book,” Chernow said of Miranda. “He was still starring in ‘In the Heights’ at the time, and I attended a matinee. I went back stage afterwards and met Lin. 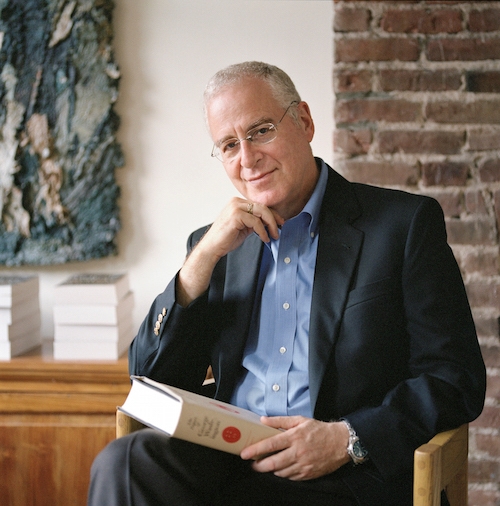 “He told me as he was reading the book, hip-hop lyrics started rising off the page. I was completely astonished by his response.”

Miranda assured him that he was serious.

“He made a complete believer out of me,” Chernow said. “The story of Alexander Hamilton lends itself to hip-hop treatment. Hamilton’s personality is driven and unrelenting, and the music has that same quality. The music and the man mirror each other.”

Miranda purchased theatrical rights to the book and signed on Chernow as historical consultant.

“He wanted me to tell him when something was wrong,” Chernow said. “He said, ‘I want historians to take this seriously.’”

There were very few instances where Chernow intervened; most were related to dramatic license to condense Hamilton’s life story into a manageable two-and-a-half hours. So, for example, characters Hamilton met over many years in real life meet during the same scene in the play.

“A lot of people might have started off with the unspoken assumption that history is boring — Lin-Manuel Miranda felt exactly the opposite,” Chernow said. “He felt the most dramatic way to tell the story was to stick to the facts. He felt the story was so sensational you couldn’t improve on it.”

Still, Chernow admits he was a little taken aback the first time he attended a rehearsal — the cast was made up almost exclusively of people of color. But he soon decided the casting was “a stroke of genius,” he said.

“The actors had a special feel for the material, in addition to being very talented. From the moment the cast walks out, it immediately shakes your preconceptions about the Founding Fathers,” Chernow said.

“Conversely, that sense of excitement is felt by the actors, who never thought they’d have a chance to play George Washington or James Madison. This show is not only theatrical, [it’s] a cultural and political phenomenon, showing us who we are as a country now and at the same time showing us what it was then. Black and Latino performers suit a story about young outsiders who created this country, including an estimate that 5 percent of Washington’s army was made up of free blacks.”

The casting is appropriate, too, in the sense that there is a sizable revisionist movement when it comes to the Founding Fathers. Hamilton, who was an abolitionist, is on the rise, while Jefferson is on the decline, in part because he was an unrepentant slave owner.

“I started the book in 1998. I felt Hamilton was largely overlooked and, among the Founding Fathers, the one most demonized,” Chernow said. “Jefferson was considered the pure and virtuous tribune of the common people and Hamilton was the stooge of the plutocrats.

“Jefferson’s vision for the country was of small towns and traditional agriculture,” he added. “Hamilton thought in terms of a stock exchange and factories and large cities, which is pretty much the way it turned out. Hamilton would feel much more at home today than Jefferson.”

A lifelong theatergoer, Chernow previously had a preference for dramas.

“One of the things that’s come out of this experience that’s very pleasant is a greater understanding and respect for musicals as an art form,” he said. 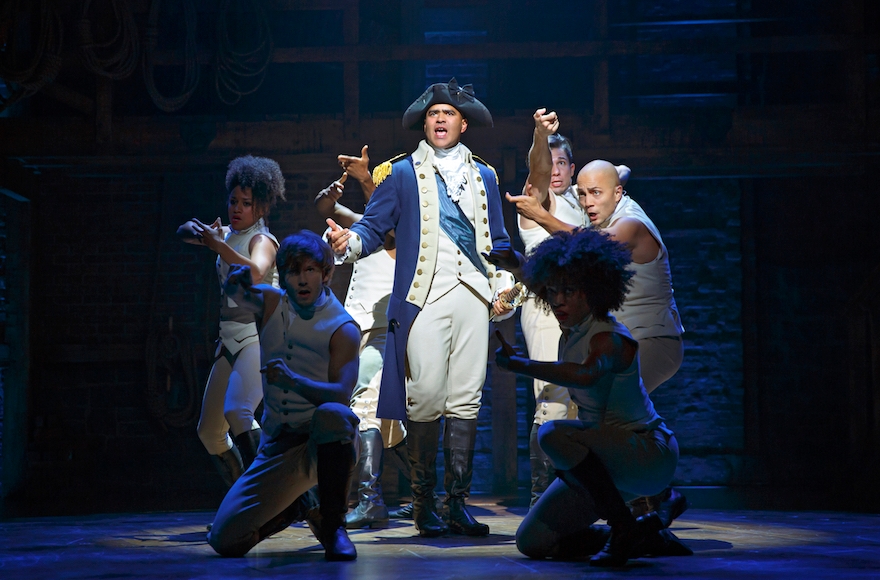 His taste in music, which previously ran from classical to jazz to the American songbook, may have changed as well. He’s become a fan of rap — or, at least, an admirer of Miranda’s “rhymed couplets that very much reminded me of Cole Porter.”

Chernow points out that in addition to a hip-hop persona, Hamilton had several Jewish connections: His mother’s husband, Johann Michael Lavien — when Hamilton himself wrote the name, he spelled it the more traditional “Levine” — was likely Jewish.

She left him in St. Croix, met James Hamilton in St. Kitts, and the two moved to Nevis, where Alexander was born out of wedlock.

As a result, he could not be educated in church schools.

“Largely self-taught, he had little formal schooling but received individual tutoring” at a school run by a Jewish headmistress, Chernow said. At one point he could recite the Ten Commandments in Hebrew.

“Perhaps because of this exposure,” Chernow suggests, Hamilton had a particular “reverence for Jews,” he said, speaking from his home office in Brooklyn, a copy of his biography at hand. He leafs through his book to find several examples, including one from a trial, where Hamilton said, “Why distrust the evidence of the Jews? Discredit them and you destroy the Christian religion.”

For the record, Chernow — who grew up in an “overwhelmingly Jewish middle-class area” of Forest Hills, Queens — cannot recite the Decalogue in Hebrew.

“I have in recent years not been observant, but have a strong sense of Jewish cultural identity,” he said.

Chernow is currently working on a biography of Ulysses S. Grant, but things have changed.

“Ever since Hamilton, there’s been more interest expressed in all my other books, if only because my visibility is greater than before the show,” he said. “Some of the interest is pretty dramatic.”

No matter what the future holds, “Hamilton” is something special.

“In all likelihood,” Chernow said, “this is my last hip-hop musical.”