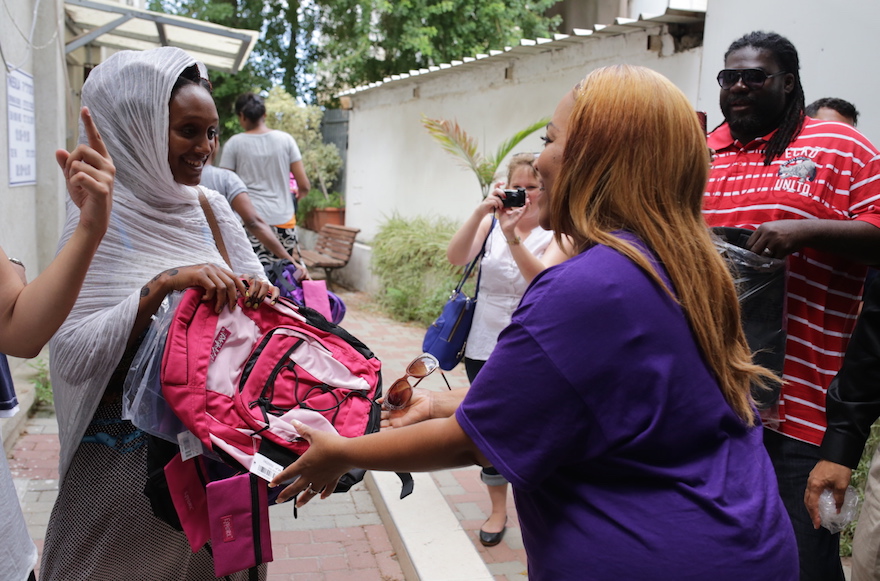 The Tel Aviv office of Mesila — a city government unit that helps African migrants — isn’t a stop you’ll find on most Israel tours.

The office is located in a house down a side street around the corner from the city’s grimy, dim, semi-dystopian Central Bus Station. On Sunday morning, its waiting room was filled with mothers and children seeking medical care or public assistance.

It’s a building most people probably don’t know about in a neighborhood many Tel Aviv residents rarely visit. But on Sunday, 20 African-American Pentecostal pastors filled one of its rooms to meet two of the migrant community’s leaders and learn about their challenges.

The visit was part of a weeklong tour for the pastors, members of the the Church of God in Christ, or COGIC, America’s largest African-American Pentecostal denomination. Christian tours come to Israel throughout the year, but most focus on seeing landmarks and Christian holy sites in Jerusalem and Israel’s north, such as the Church of the Holy Sepulchre or the Sea of Galilee.

The group’s itinerary included those stops, but it also delved into aspects of Israeli society many tour groups avoid. Funded by the International Fellowship of Christians and Jews, a nonprofit organization funded by Christian donors that aids disadvantaged Israelis, the group learned about allegations of police violence against Israeli Ethiopians, as well as the debate surrounding Christian Arabs enlistment in the Israel Defense Forces.

The visit with African asylum seekers in Tel Aviv introduced the pastors to one of Israel’s most disadvantaged, and controversial, groups. The approximately 40,000 such migrants in Israel, mostly from Eritrea, say they came to Israel to escape a brutal dictatorship and an unlimited, punishing military draft. But the government has portrayed them as illegal economic migrants who came to Israel for jobs. 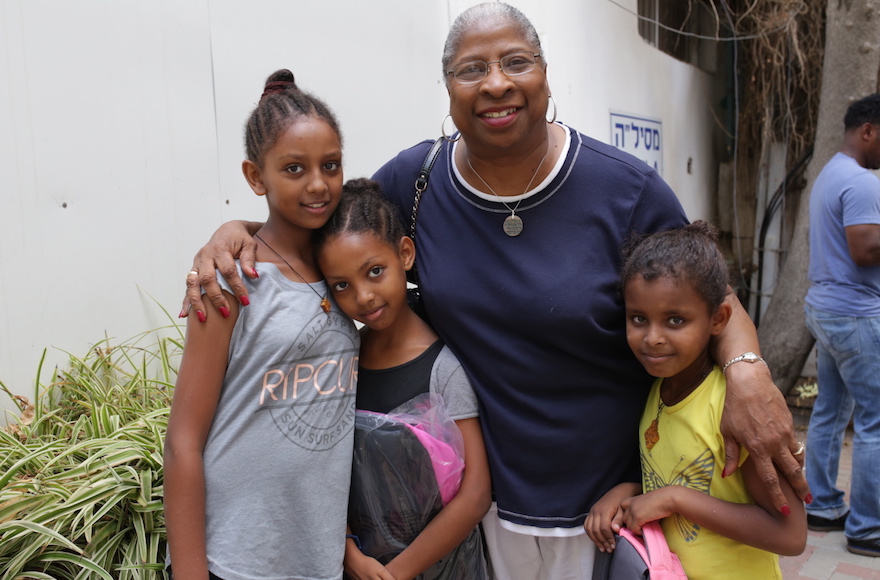 Since 2013, the government has detained thousands in Holot, a detention facility adjacent to a prison on the Egyptian border. Last month, Israel’s Supreme Court ruled that detainees must be released after a maximum stay of 12 months.

Speaking to the pastors about the migrants, International Fellowship of Christians and Jews President Rabbi Yechiel Eckstein said, “You have your human responsibility as people, as Jews,” adding that the government “need[s] to do better.” Sibhat Petros, an Eritrean Pentecostal preacher, then told the group about his escape from Eritrea to Israel because Pentecostal Christianity is illegal there.

But it doesn’t look like the meeting will mobilize the Church of God in Christ to aid the asylum seekers’ cause. Pastor Glenn Plummer, who led the group’s delegation, said he appreciated the meeting but that the group wants to focus more on aiding Ethiopian Israelis, not migrants.

“We don’t want to talk about the Eritreans, the immigration challenge,” he told JTA. “Our larger focus is to strengthen relations with the country of Israel.”

Eckstein also didn’t want to make a political statement, telling JTA that he sees the balance between helping vulnerable populations and securing Israel’s borders. But he said the visit was still vital for the trip, even if it shined a light on some of the government’s controversial policies.

“I’m not afraid of airing our flaws, my flaws, Israel’s flaws and limitations,” he said. “When people say, ‘Well, aren’t you showing the bad side of Israel?’ I say, yes, fix it.”