Sandstorm is Israel’s worst since before ’48 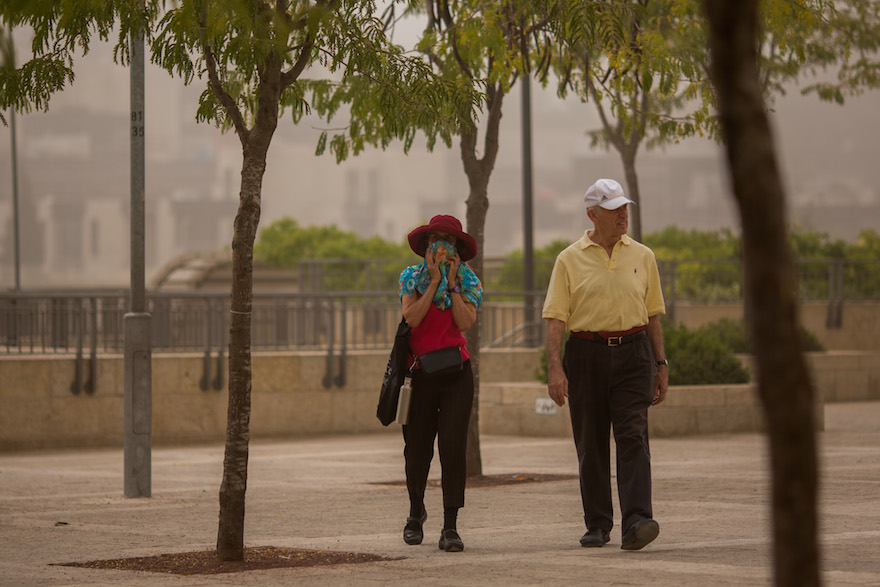 People walk with face covers at Jaffa Gate near the Tower of David in Jerusalem, Sept. 8, 2015, as a sandstorm hit across Israel. (Yonatan Sindel/Flash90)
Advertisement

(JTA) — Israel’s ongoing sandstorm is the worst since before the founding of the state in 1948, according to the Israeli Environmental Protection Ministry.

The sandstorm blanketing the region, which began Tuesday and was expected to continue through the weekend, has released the highest concentration of dust particles in more than 65 years, the Times of Israel reported Friday.

Scientists are uncertain what caused the storm, with some saying it is related to agricultural disruptions caused by the Syrian civil war and others suggesting it stems from global warming, i24news reported.

The Environmental Ministry has warned Israelis not to stay outside for extended periods. The storm has caused several respiratory-related deaths and hospitalized more than 2,500 in Lebanon, according to the Washington Post.