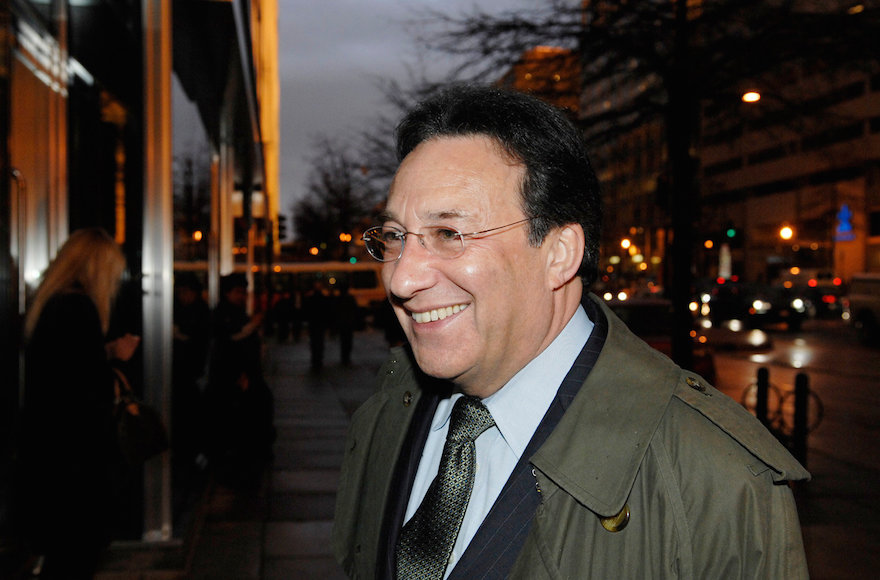 WASHINGTON (JTA) – A small government agency for preserving European historical sites has been accused of criminal malfeasance, roiling Jewish community officials who say the agency has played a critical role in memorializing Europe’s Jewish past.

The controversy surrounding the U.S. Commission for the Preservation of America’s Heritage Abroad offers a glimpse into the workings of influence in the capital and reveals how the focus in Washington on lost Jewish heritage at times stirs resentment among non-Jewish Americans of European descent.

Some are concerned that the controversy could roll back recent strides in getting European nations to confront and memorialize their role in the decimation of European Jewry.

“A lot of sites important to different parts of the Jewish community would not continue to be in existence if not for the commission,” said Mark Levin, who directs the National Conference Supporting Eurasian Jewry, a body that advocates for Jews in many of the countries where the agency has helped set up memorials.

Most wounding for the heritage commission and its defenders was a statement that Sen. Ron Johnson, R-Wis., the chairman of the Senate Committee on Homeland Security and Government Affairs, released to The New York Times.

“Established with the best of intentions to memorialize the horrors of 20th-century genocides, the Commission for the Preservation of America’s Heritage Abroad did little to accomplish that goal but was instead used to enrich a lobbyist,” Johnson told the Times.

That lobbyist is Jeffrey Farrow, the heritage commission’s part-time executive director, who made a salary of $104,000 while also collecting fees for representing foreign governments, according to the Times.

Ezra Friedlander, a New York-based publicist who organized an event this year on Capitol Hill lauding the agency on its 30th anniversary, said he was taken aback when he read Johnson’s statement.

“The cemetery where my family was buried, for many decades following World War II it was almost impossible to pay respects,” Friedlander said, referring to the burial ground of the Liska Hasidic dynasty in Hungary. “As a result of the commission it was restored to pristine conditions. Today there are literally thousands of people praying and paying firsthand respects.”

William Daroff, a former member of the heritage commission, said the agency’s importance was in lending U.S. government heft to efforts to persuade European governments to back preservation projects and memorials.

“Congress has decided that it’s important for America’s heritage to be preserved, and if the U.S. didn’t step in, this piece of history would be lost,” said Daroff, the Washington director for the Jewish Federations of North America.

Private donors often join European governments in paying for the projects; the agency’s $644,000 government budget goes to administrative costs. Just under a sixth of the budget is for Farrow’s salary.

An official who works for Johnson’s committee told JTA that Johnson may have overstated the heritage commission’s lack of accomplishment to the Times, but that its glory days had passed. The agency has completed little recently, said the official, who spoke anonymously, emphasizing that Johnson did not want to end the agency but to reform it. 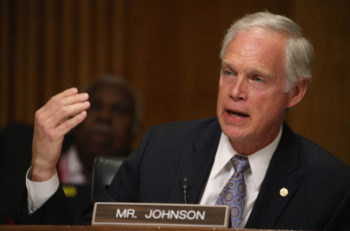 The heritage commission’s website is heavy with accounts of restorations and memorials completed in the 2000s, but lists only a few projects this decade. An agency official emailed to JTA information about 20 recent projects, many not appearing on the website.

In his statement, dated Aug. 10, Johnson cited a 2013 report on the heritage commission by the inspector general of the General Services Administration, calling it “a bizarre tale in which an obscure federal agency tasked with making lists of cemeteries in Eastern and Central Europe morphed into the taxpayer-funded lobbying offices of an extravagantly-paid lobbyist,” referring to Farrow.

In addition to directing the heritage commission, Farrow has also registered as a foreign agent for Palau, a tiny Pacific Island nation that receives funding from the U.S. government, and he has lobbied on behalf of Puerto Rico.

“Mr. Farrow was at once a federal government bureaucrat and lobbyist,” the Times story said. “The revolving door did not even have to spin.” Farrow did not reply to a request for comment.

Lesley Weiss, the heritage commission’s chairwoman – and the deputy director at the National Conference Supporting Eurasian Jewry — this week rebutted some of the charges.

Weiss, who is not paid for her role at the agency, said in a letter to Johnson that Farrow’s dual status is par for the course in Washington, particularly for a small agency able to pay for only one full-time staffer.

“For most of its existence, the commission has operated only by employing the services of various part-time and full-time contractors,” she said.

Johnson said in his letter that Farrow ran his lobbying practice out of the heritage commission’s office – among a litany of charges that he says may amount to “serious crimes.”

Weiss in her response denied that Farrow mixed lobbying with his heritage commission work. The Times, which obtained an unredacted copy of the General Services Administration’s inspector general’s report, said that although Farrow may have conducted lobbying business from the agency’s office, he used a separate laptop computer and cellphone, and the inspector general said “there was insufficient evidence to show any violation by Mr. Farrow.”

The General Services Administration’s Office of Inspector General sent JTA a copy of its 2013 report, but it was almost entirely redacted. That inquiry is closed, but a separate probe by the Office of the Special Counsel reportedly remains open. A spokesman for the special counsel office refused to comment.

Officials close to the heritage commission said that people like Farrow are useful precisely because of the influence and access in Washington they accrue through their other jobs.

“He developed important relationships with countries abroad,” said Stuart Eizenstat, a top official in the Carter and Clinton administrations who worked with Farrow during Jimmy Carter’s presidency and who has been deeply involved in memorializing the Holocaust in the United States and abroad.

“It’s not easy to get foreign and local governments to agree with these sites,” he said. 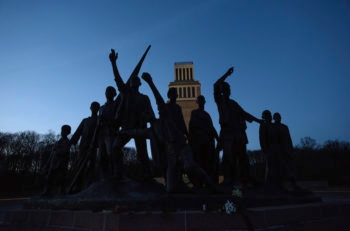 The figural group by Fritz Cremer and the belltower at the memorial for the victims of the Nazi concentration camp Buchenwald in Germany, April 12, 2015. (Jens Schlueter/Getty Images)

Part of what may be driving the current controversy is the perception that the heritage commission has favored memorializing Jewish sites over non-Jewish ones.

The agency, in the years after its establishment in 1985, compiled lists of properties targeted for preservation belonging to a range of minorities, but more recently the overwhelming majority of its projects are Jewish.

The whistleblower whose complaints initiated the government investigations is Katarina Ryan, the heritage commission’s only full-time employee, who has been on leave since the investigations were launched. Ryan is a Roman Catholic of Polish descent who, sources close to the commission told JTA, clashed with other officials because she wanted more attention paid to memorializing atrocities suffered by non-Jews.

Ryan did not respond to a query through LinkedIn. The Senate staffer said that when Johnson’s committee launched its own queries into the heritage commission’s workings, the committee was not aware of Ryan’s name, much less her ethnicity or religion.

Weiss told JTA in a written response that an emphasis on memorializing Jewish sites was natural, given that other minorities have not been nearly wiped out in Europe.

“Jewish sites are particularly endangered to an extent that sites of most other groups are not because of the Holocaust and because of Communist repression, which annihilated the populations that otherwise would have continued to care for Jewish sites,” she said.

Weiss nonetheless noted a range of non-Jewish sites that have been memorialized through the work of the heritage commission, including Muslim sites in Bulgaria, Roma sites in Poland and Old Believer Christian sites in Lithuania.