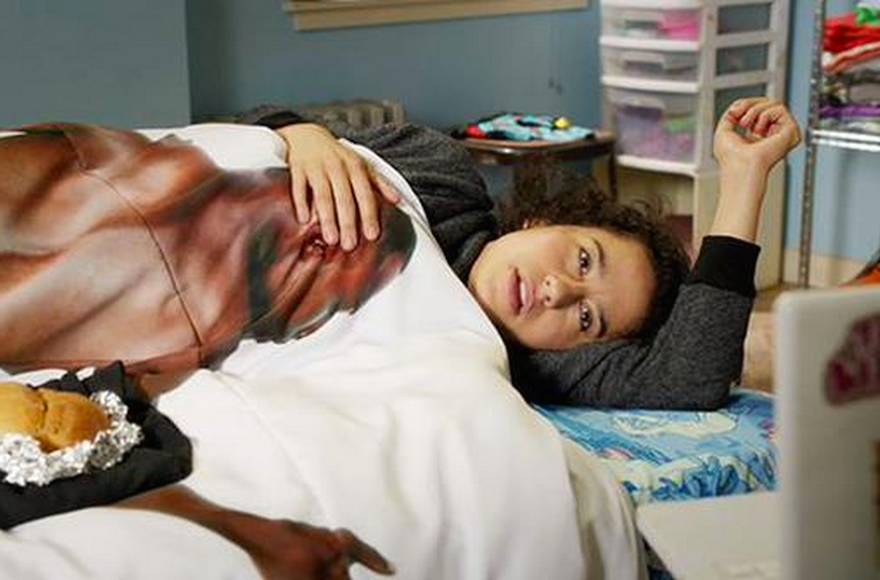 Ilana Glazer and Abbi Jacobson did not make it through Yom Kippur in their latest digital short. (YouTube)
Advertisement

For fans of Comedy Central’s “Broad City,” it should be no surprise that the show’s leading ladies have a hard time fasting on Yom Kippur.

After all, Abbi Abrams (Abbi Jacobson) and Ilana Wexler (Ilana Glazer) tend to indulge in a certain non-kosher substance that can produce a heightened state of hunger.

In anticipation of their third season, which doesn’t start until February 2016, the girls behind the girls are releasing a series of short comic videos on their Comedy Central website. The first, from Tuesday, catches them in the middle of a Yom Kippur fast.

Suffice it to say, their good intentions are no match for the munchies.

“And we’re still Jewish, OK?” Abbi declares to Ilana at the end of the clip, after biting into a very treif bacon, egg and cheese sandwich. “We’re still Jews.”