Israeli ministry plows ahead with ‘world Jewry’ project, even as funding and future remain uncertain 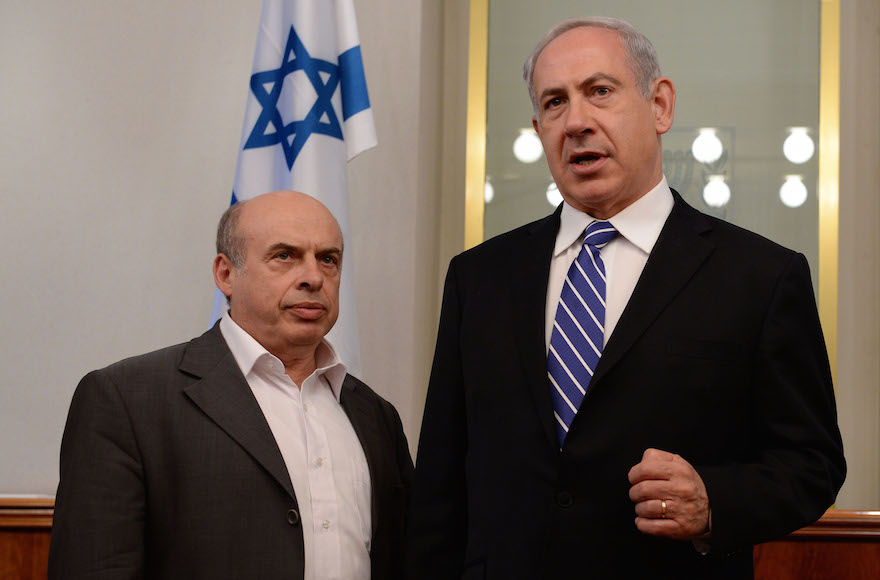 TEL AVIV (JTA) — With a budget reaching $300 million, it was conceived as a broad partnership between the Israeli government and leading Diaspora Jewish groups. Its goal: to create a stronger connection between global Jews and Israel.

But nearly two years after its launch was announced with much fanfare — and after a string of delays — the Joint Initiative of the Government of Israel and World Jewry has yet to get off the ground. Even as an Israeli government ministry moves forward with appointing its staff, two of the three bodies that once led the project are now distancing themselves from it, and funding remains uncertain.

“There’s been a lot of politics surrounding this initiative,” said Jay Ruderman, whose Ruderman Family Foundation focuses on strengthening Israel-Diaspora ties. “This initiative is talking about being around for the long term. The important question to ask is, who’s in charge? Who’s making the decisions? How open are they to learning about the Diaspora and treating them as equals?”

Inaugurated in November 2013, the initiative was conceived to fund Israel education and Jewish identity-building programs in Diaspora communities —  in camps, schools and on campus — and finance young Diaspora Jews coming on short- and long-term trips to Israel. The project hopes to replicate the success of Birthright Israel, the free 10-day trips to Israel that have drawn more than 500,000 participants, by building platforms for similar trips and programs that will make Diaspora youth feel closer to Israel.

But what has happened instead is a series of delays, caused in part by a war and last year’s election campaign, and further exacerbated by vague promises and a lack of concrete funding. When the project was approved in June 2014, Jewish Agency for Israel Chairman Natan Sharansky predicted program proposals would begin to be issued within a month, but they have yet to materialize. Funders from the Diaspora, meant to provide a majority of the budget, have not yet committed to donating.

Israel’s Cabinet approved the project last year as a tripartite partnership: Israel’s Prime Minister’s Office would direct the initiative in concert with the Jewish Agency, which would represent major Diaspora organizations, and the Diaspora Ministry would manage the day-to-day operations.

The Cabinet voted to invest $50 million in the initiative by 2017 and a total of $100 million by 2022. The government wanted Diaspora sources — federations, philanthropic foundations and individual donors — to contribute double those sums for two-thirds of the initiative’s $300 million total budget.

But the initiative has yet to launch. A subsequent Cabinet decision in June, weeks after Israel’s new governing coalition formed, put the Diaspora Ministry in charge of the initiative’s policy and its operations — effectively removing the Prime Minister’s Office. In early August, the Jewish Agency quit the project, complaining in a letter to Prime Minister Benjamin Netanyahu that it had been frozen out of the decision-making process.

“Until the program is returned to its original conception and direction, we no longer see this as the joint initiative between the Government of Israel and World Jewry and therefore can no longer see ourselves part of it,” Sharansky and his agency’s board chairman, Charles Ratner, wrote in the Aug. 6 letter. “This undertaking has transformed simply into a funding framework for programs to be conducted by a single government Ministry.”

The Diaspora Ministry says it has remained faithful to the initiative’s original goals and that it will begin funding programs across the Jewish world by early 2016. But a Diaspora Ministry official told JTA that the ministry will have exclusive final say over which programs are approved.

The ministry official said the funding will be allocated across the Jewish ideological spectrum. A steering committee appointed by the ministry includes a former Sheldon Adelson deputy, a Detroit federation executive, a Holocaust education activist and an Israeli philanthropist. The Jewish Agency has also been offered a seat on the committee.

“The professional staff will work together with federations, philanthropies,” the official said. “The initiative doesn’t look at denominations or political affiliations. It looks at platforms.”

However, the ministry official could not name any confirmed funders who have committed to matching the government’s budget for the project. And the umbrella Jewish communal organization in the United States, the Jewish Federations of North America, supports the Jewish Agency’s protest of the initiative.

“We are proud of the Jewish Agency’s ongoing effort to meet the needs of the Jewish people, and we support their strategy as they move forward with the Government of Israel’s initiative,” JFNA President Jerry Silverman said in a statement to JTA.

It isn’t even clear whether the Diaspora Ministry has Netanyahu’s support; a spokesman for the prime minister would not comment on the issue. And Netanyahu sent a letter to Sharansky and Ratner, the Jewish Agency chairs, weeks after their split with the Diaspora Ministry suggesting that he would like to continue working with them toward the initiative’s goals.

“The Jewish Agency is our historic and invaluable partner to this end” of strengthening Israel-Diaspora ties, Netanyahu wrote on Aug. 17. He added that he hopes to “expand our cooperation even further.”

Despite the conflicts and unknowns, the Diaspora Ministry is optimistic that the initiative will move forward. The ministry is hiring a professional staff to oversee it, housed in a government-funded nonprofit that manages the project. The official said the nonprofit would launch pilot programs within the next several months.

“There are a number of foundations and philanthropies who have already been in talks with the ministry,” the official said. “It’s good to be ambitious.”