James Franco has bar mitzvah at 37 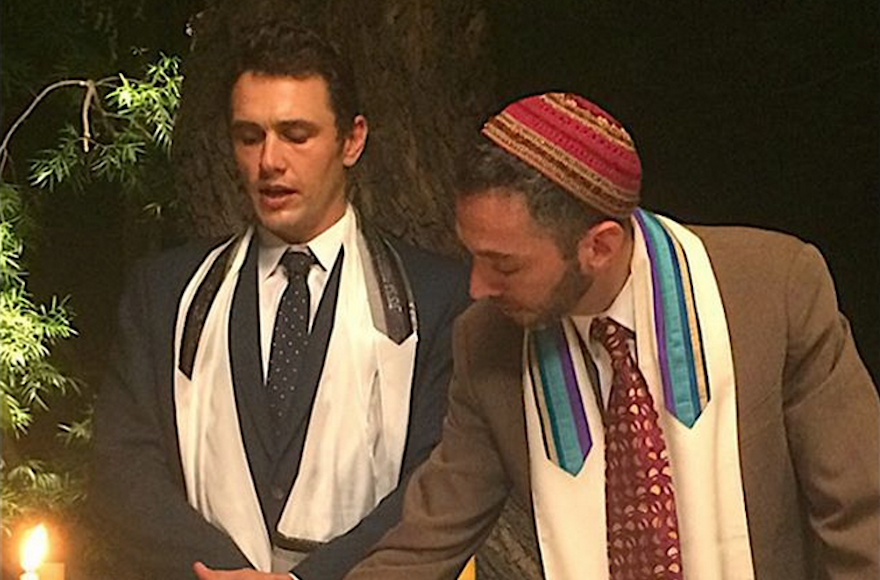 (JTA) — Actor James Franco became a bar mitzvah at the age of 37.

The Oct. 3 ceremony included the actor wearing a tallit, or prayer shawl, and chanting from the Torah. Franco, whose mother is Jewish, posted a photo on Instagram with a message: “I am now a MAN! Got Bar Mitzvahed tonight!!! Finally!”

A Jewish boy typically has his bar mitzvah at 13.

Franco’s message included an invitation to the Hilarity for Charity variety show at the Hollywood Palladium on Oct. 17 to raise awareness and money for Alzheimer’s disease. The show is being sponsored by actor Seth Rogen and his wife, Lauren Miller Rogen.

Seth Rogen announced Franco’s bar mitzvah for the charity event in July, but Rogen told the culture website Vulture, “The Rabbi wouldn’t do it on the actual event, so he did it last night at our friend’s house and we filmed it and we’ll show it at our fundraiser.”