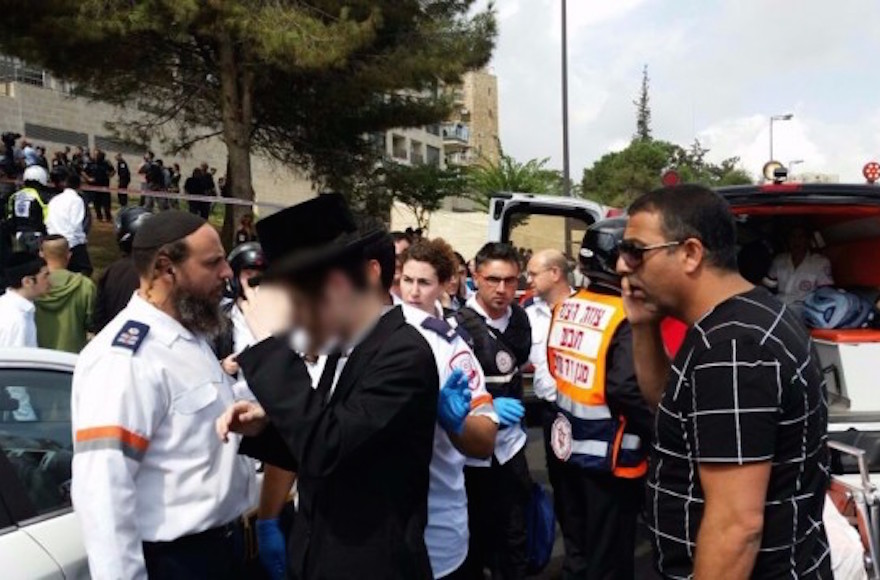 Medics arriving at the scene of a stabbing attack in Jerusalem, October 9, 2015 (Magen David Adom)
Advertisement

(JTA) — Two Israelis were lightly injured and one Palestinian killed in stabbing attacks in Jerusalem and the West Bank settlement of Kiryat Arba.

The attack in Kiryat Arba near Hebron occurred at around noon on Friday, when a Palestinian man stabbed a police officer stationed there, inflicting minor injuries. Another officer shot and killed the assailant, according to a report of the incident by the Israel Police.

According to Army Radio, the assailant tried to grab the weapon of the officer he stabbed.

Shortly thereafter, a Palestinian assailant described as a teenager by witnesses stabbed an Israeli 16-year-old youth in the capital around noon, police said. A suspect, matching the description of the attacker, was later apprehended by police. The victim suffered minor injuries.

Also on Friday, a Palestinian woman was shot at a bus station in Afula after trying to stab a uniformed man, according to Ynet. According to Army Radio, the victim was a soldier who was not wounded. She sustained moderate to serious injuries from gunshots that he fired at her. 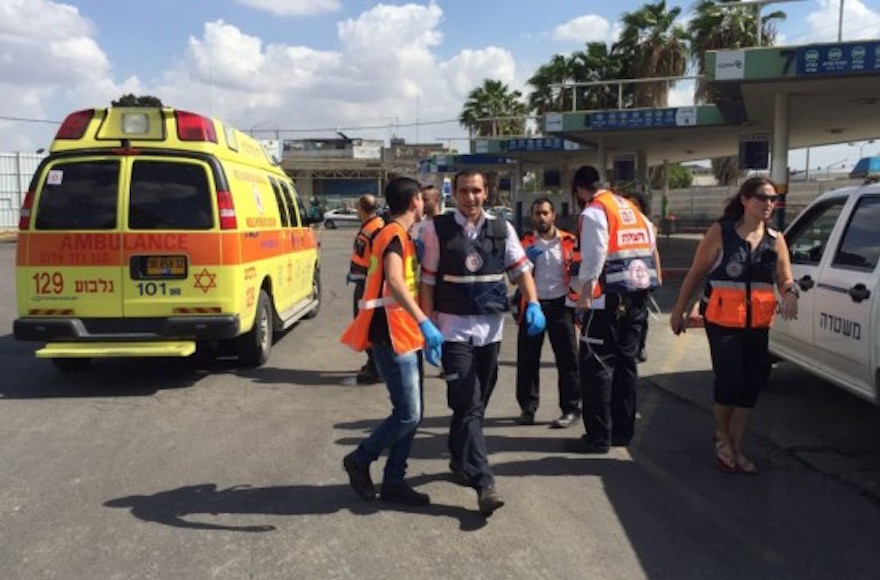 The attacks happened after a Jewish Israeli man stabbed four Arabs in Dimona near Beersheba on Friday morning, reportedly in revenge for Palestinian terror attacks in recent days. Two of his victims sustained minor injuries and the remaining two were moderately injured. He was apprehended after fleeing the scene.

Prime Minister Benjamin Netanyahu “strongly condemns the attack against innocent Arabs,” his office wrote in a statement. “Israel is a country of law and order. Those who use violence and break the law – from whatever side – will be dealt with to the fullest extent of the law.”