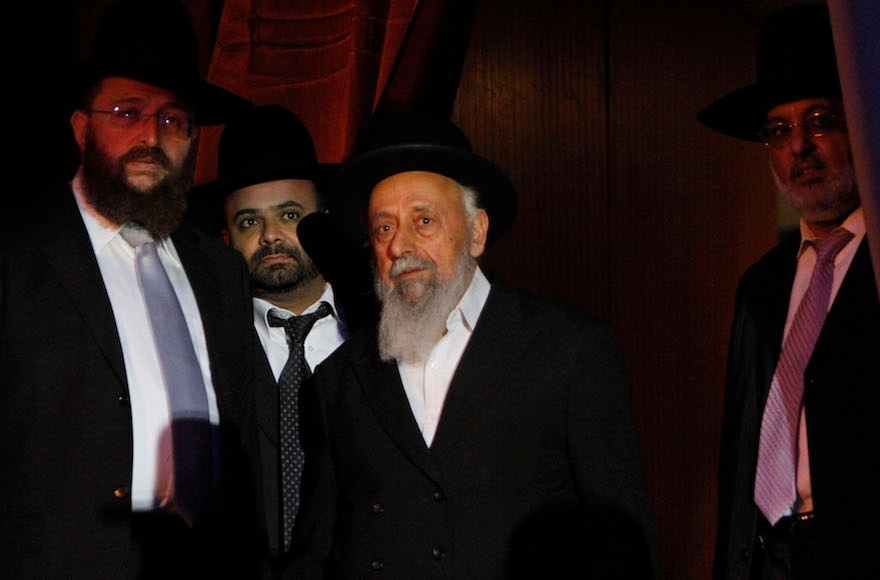 (JTA) — A leading Sephardic rabbi who advises the haredi Orthodox Shas party criticized Jews who have been visiting the Temple Mount, saying they “sparked all the current tumult.”

Rabbi Shimon Baadani, a member of Shas’ Council of Torah Sages, said Thursday on a Shas radio program, according to Haaretz: “Do not provoke the nations, even if we are in control here, there is a halachah. I don’t know on whose authority they permit themselves to provoke and cause an armed struggle like is happening now … they are forbidden.”

Israel’s chief rabbis first ruled in 1967, after Israel’s victory in the Six-Day War, that halachah, or Jewish law, forbids Jews from visiting the Temple Mount to prevent them from inadvertently stepping over the Holy of Holies, where the ark of the Covenant was said to be stored in the First Temple.

The rabbis reaffirmed the prohibition in 2013. In addition, Israeli law bars Jews from praying at the site, which is administered by the Muslim Waqf.

However, a number of Orthodox Jews, among them Rabbi Yehuda Glick, have questioned the ruling and advocated for Jews to have the right to pray on the mount. Such activists have visited the Temple Mount, the site of frequent tensions between Jews and Palestinians, more frequently in recent years.

In his remarks Thursday, Baadani said that saving life trumps any mitzvah, and thus asked, “Why enter the Temple Mount?”

On Thursday, in an effort to calm tensions there, Netanyahu ordered members of his Cabinet and members of the Knesset, including Arabs, not to enter the Temple Mount.