Sarah Silverman opens up about her depression 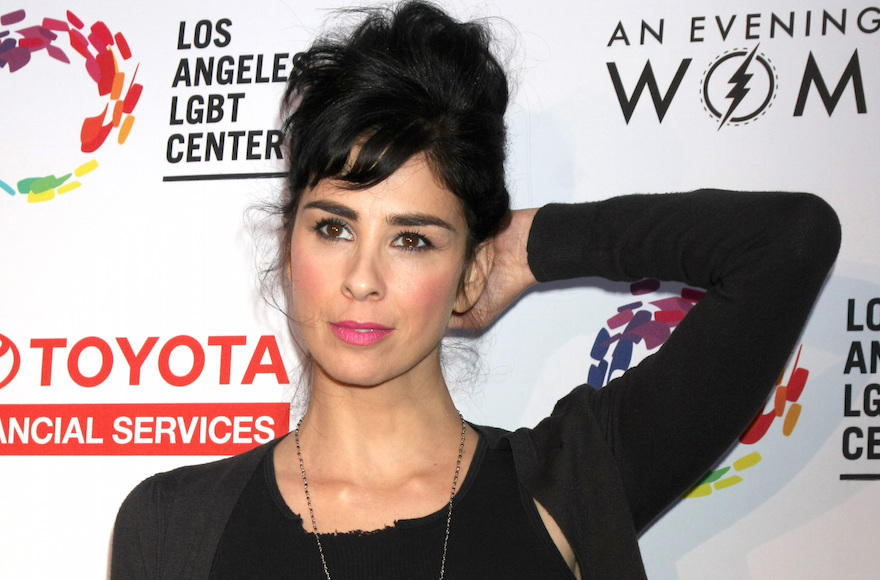 Sarah Silverman at the "An Evening With Women" benefit at the Palladium in Los Angeles, May 16, 2015
Advertisement

Jewish comedian Sarah Silverman is known for her in-your-face R-rated sense of humor about sex, religion and current events.

So her very personal essay about her 30-year struggle with clinical depression published in Glamour magazine on Tuesday came as a surprise to some.

The 44-year-old explained that acting in her upcoming film, “I Smile Back,” which gets a small theatrical release next week, nearly brought her back to a “very dark place” that she has been in several times. In the film, Silverman plays Laney Brooks, a depressed suburban housewife who self-medicates with drugs and alcohol.

In her essay, Silverman, whose sister Susan Silverman is a well-known Reform rabbi, reveals that she has been through periods of depression since she was 13. She suffered through severe panic attacks and saw four different therapists (including one who hanged himself). At one point in her life, she was taking 16 Xanax pills every day.

READ: In Sundance drama, Silverman puts her darkness on display

She described one especially harrowing episode while she was a writer for “Saturday Night Live”:

“My friend Mark helped me get through it. He found me a therapist at 2:00 A.M. and informed me that no, I would not be quitting ‘SNL’ in the morning and moving back to New Hampshire. Instead I got a prescription for Klonopin, which blocks panic attacks. It saved my life … I eventually weaned off Klonopin, but to this day I have a bottle of seven pills in my backpack that I never touch because just knowing that they’re there is all I need,” Silverman said.

In the end, Silverman described acting as a depressed character as a positive experience.

“After we wrapped and I’d finally shed the heaviness of it, I was so glad I made this movie,” she said. “It may not have been fun, but it was the next best thing: It was scary. That makes you grow.”