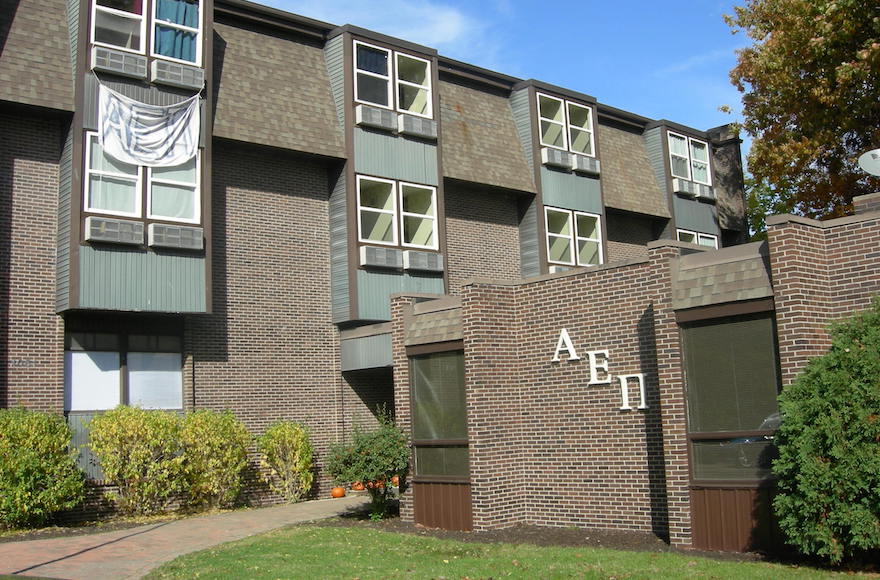 (JTA) — The Jewish fraternity Alpha Epsilon Pi issued a warning about “rising anti-Israel and anti-Semitic activity” to its 185 chapters on U.S. college campuses.

The AEPi warning, sent Thursday, was prompted by the surge of violence in Israel. Several prominent anti-Semitic incidents took place on college campuses after the Gaza war in 2014, and the AEPi executive director, Andrew Borans, said he fears the pattern could repeat itself in the wake of daily violent attacks between Palestinians and Israelis in recent weeks.

“Unfortunately, we’ve already seen a number of incidences of anti-Israel and anti-Jewish rhetoric and violence on campuses this fall,” Borans said. “Our brothers are prominent leaders in their campus Jewish communities and are often among the most active pro-Israel advocates around. … With violence against Israel once more on the rise, we are well-aware that such heinous actions often make their ways to our college campuses next.

“We are also, obviously, very concerned for our brothers in Israel,” he added.

The AEPi statement noted that the fraternity contracted with an unnamed global security firm in 2014 to council chapters on how to manage and deter security threats.

Several AEPi houses were vandalized with swastika graffiti in the year after last summer’s war in Gaza, including at Emory University, the University of California, Davis, and Vanderbilt University.

Support for Israel and Jewish identity on college campuses has been a contested topic in the year since the Gaza conflict. In March, UCLA made headlines when a student running for a student government position was asked by another student: “Given that you are a Jewish student and very active in the Jewish community, how do you see yourself being able to maintain an unbiased view?”