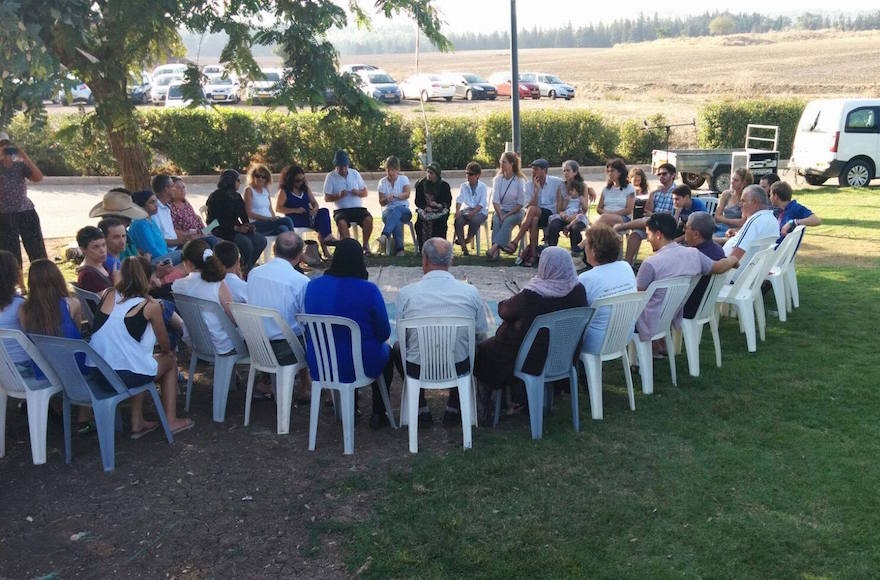 (JTA) — Approximately 300 Jews and Arabs held hands in a chain in the central Galilee to call for reconciliation amidst the violence in Israel over the past few weeks.

The symbolic gathering on Friday afternoon was organized by Givat Haviva, an educational organization that promotes Arab-Jewish coexistence.

The group of Arabs and Jews assembled and held hands on both sides of the highway Road 65, near the Megiddo Junction in Wadi Ara, an area in the Galilee with a large Arab population.

Organizers called the event “a symbol of coexistence and shared life, specifically at this tense period,” according to the Times of Israel.

After the event, entitled “Choosing to Engage,” Givat Haviva held a small ceremony with discussions.

Givat Haviva issued a declaration before the event titled “Call for a Secure and Shared Life in Israel” that condemned “any attack on body, soul or property, as well as any expression of physical or verbal abuse.”

“We appeal to the leaders of both peoples to refrain from incitement and the ferment of emotions,” the statement read. “Our task at this time is to inspire calm and ensure public safety.”

The declaration was signed by seven mayors of Jewish and Arab municipalities in the Wadi Ara area.