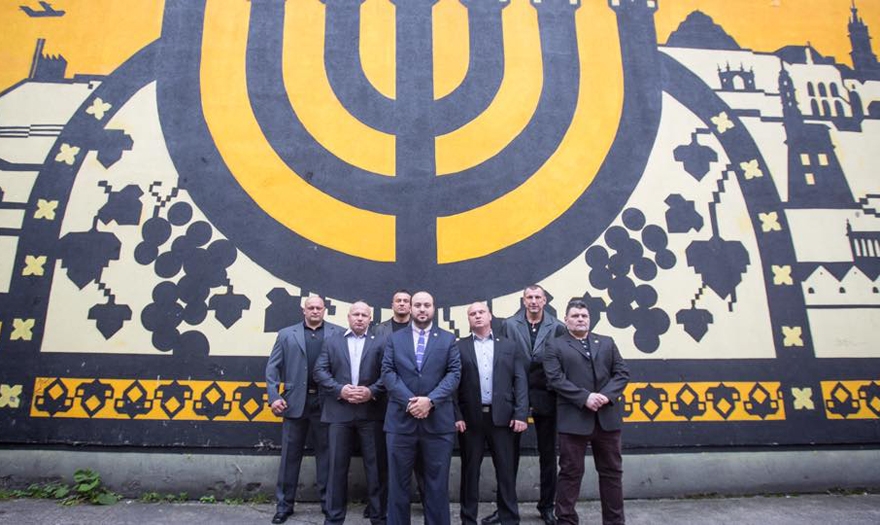 Jonny Daniels, center, with Polish security guards in Warsaw on Oct. 21. (Courtesy of From the Depths)
Advertisement 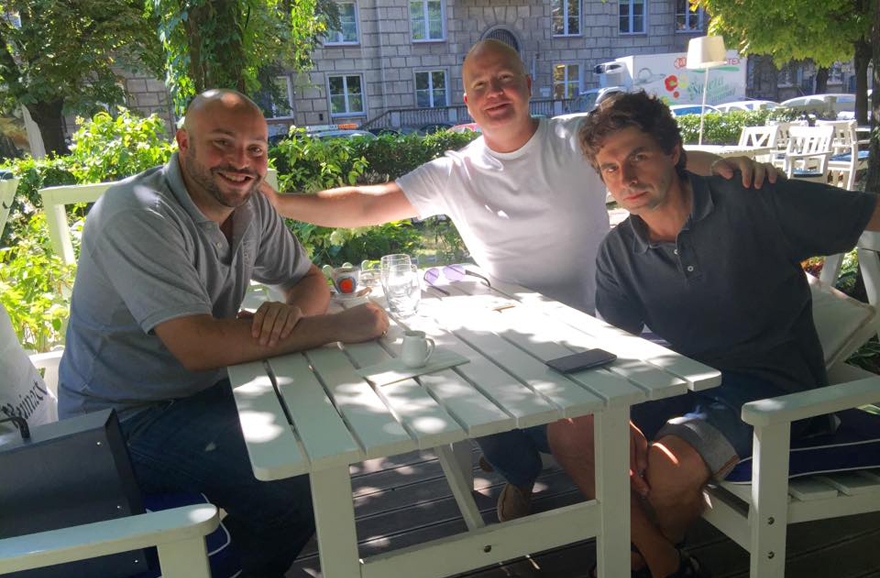 Benjamin Krasicki, center, and Jonny Daniels, left in Warsaw in August 2015. (Courtesy of From the Depths)

(JTA) — The owner of a large Polish security firm offered to send 100 guards to Israel to help protect civilians against terrorist attacks.

Benjamin Krasicki, president of the board of the Warsaw-based City Security, made the offer in a letter he sent Wednesday to Israel’s minister of interior security, Gilad Erdan.

“We would be honored to send, paid for by our company, 100 of our best-trained and experienced security personnel to Israel to be at your disposal,” Krasicki wrote in the letter, which followed weeks of frequent attacks by Palestinians on Israelis. Eight Palestinians and least 42 Palestinians died in such attacks and riots since mid-September.

“As Polish citizens, we have unfortunately seen too many attacks against Jews in our history and know that it starts with you and ends with us, as we have seen in the Holocaust,” Krasicki added, noting that in addition to killing three million Jewish Poles, the Nazis killed another three million non-Jewish ones.

The men Krasicki offered to send to Israel have military background and have all volunteered to serve in Israel, he told JTA Thursday.

If accepted, the offer to sending them to Israel for several weeks would cost his firm, which has 5,000 employees, approximately $700,000, he said. In the interview, Krasicki said his motivation was “utter horror at the terrorist attacks” and his own family’s history.

Jonny Daniels, center, with Polish athletes in Warsaw in June 2015 (Courtesy of From the Depths)

Krasicki’s grandmother, Roza Sobanska, he said, had sheltered Jews in a hidden room inside a palace that her family of aristocrats owned in the Zyraradow district near Warsaw, and that Nazi occupation forces used as their headquarters. Krasicki, who recently published a book based on Sobanska’s memoirs, said her case has not yet been reviewed by the Yad Vashem Holocaust museum.

Jonny Daniels, founder of the From the Depths commemoration organization, said that Krasicki “has no special connection to Israel, beyond understanding who’s attacking whom.”