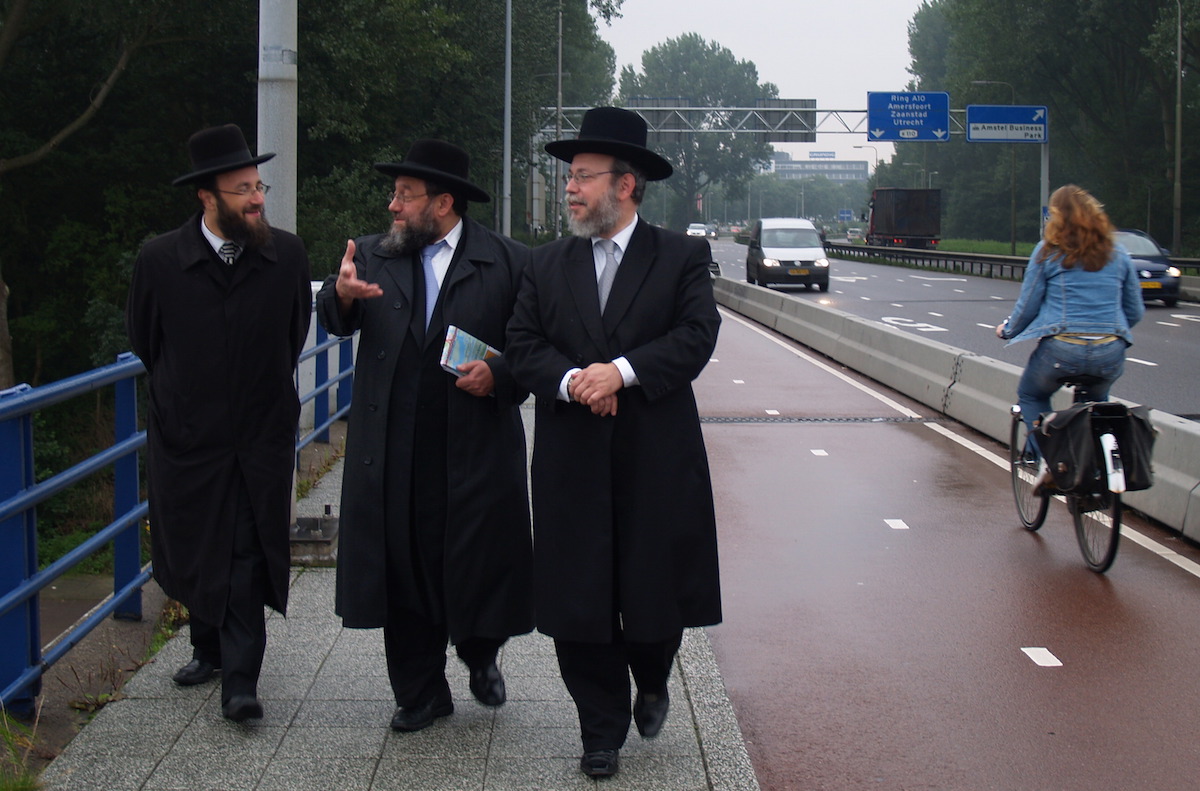 Dutch rabbis in the Amsterdam suburb of Buitenveldert, site of a planned center to house migrants from the Middle East. (David Serphos)
Advertisement

AMSTERDAM (JTA) — In Buitenveldert, a quiet residential area of the Dutch capital, special forces soldiers are watching over a Jewish school from inside unmarked cars.

About half of the Netherlands’ 40,000 Jews live here and in the adjacent suburb of Amstelveen, the only areas of the country with a large and recognizable presence of Jews. The area has six synagogues as well as the community’s main offices, three schools and nearly all its kosher shops.

The absence of any major recent assault on Dutch Jews, coupled with government subsidies to secure Jewish neighborhoods and institutions, means life has continued pretty much unchanged here since 2012, when Europe saw the first of several fatal or near-fatal attacks on Jews by Islamists. That’s a marked contrast from France, where many Jews are staying away from kosher supermarkets they used to frequent, and Denmark, where Jews have been advised to take off their yarmulkes near Copenhagen’s Jewish school.

But representatives of Dutch Jewry warned this month that a plan to open a center for Syrian and Iraqi refugees in Amstelveen could puncture the community’s sense of relative safety.

Just two days after the Oct. 12 announcement about the planned opening of the center, the Central Jewish Board, Dutch Jewry’s main umbrella group, said it had “grave concerns” about it, citing “extremely negative attitudes to Jews” in Syria and Iraq.

According to Esther Voet, a former director of the community’s main watchdog on anti-Semitism, the Center for Information and Documentation on Israel, 70 percent of anti-Semitic incidents recorded in the Netherlands were committed by immigrants.

The statement from the community board added a Jewish voice to the polarizing debate within Dutch society on whether to welcome or turn away the stream of migrants that this year brought hundreds of thousands of Muslims into the European Union — and 15,000 into the Netherlands — from the war-torn Middle East. It has also triggered a wider discussion about the validity of the Jewish community’s security concerns.

READ: After fifth attack at home, a Dutch chief rabbi says he’d leave if not for job

Jeroen Pauw, the host of a popular talk show, suggested it was a classic not-in-my-backyard attitude.

“You say that you want to do your best for refugees — as long as they’re not too nearby,” he charged, addressing a local rabbi who came on his show on Oct. 15 to defend the Jewish opposition.

No anti-Semitic incidents involving Syrian and Iraqi refugees have been reported in the Netherlands or elsewhere in Europe. And concern about the center is not universally shared among Dutch Jews. 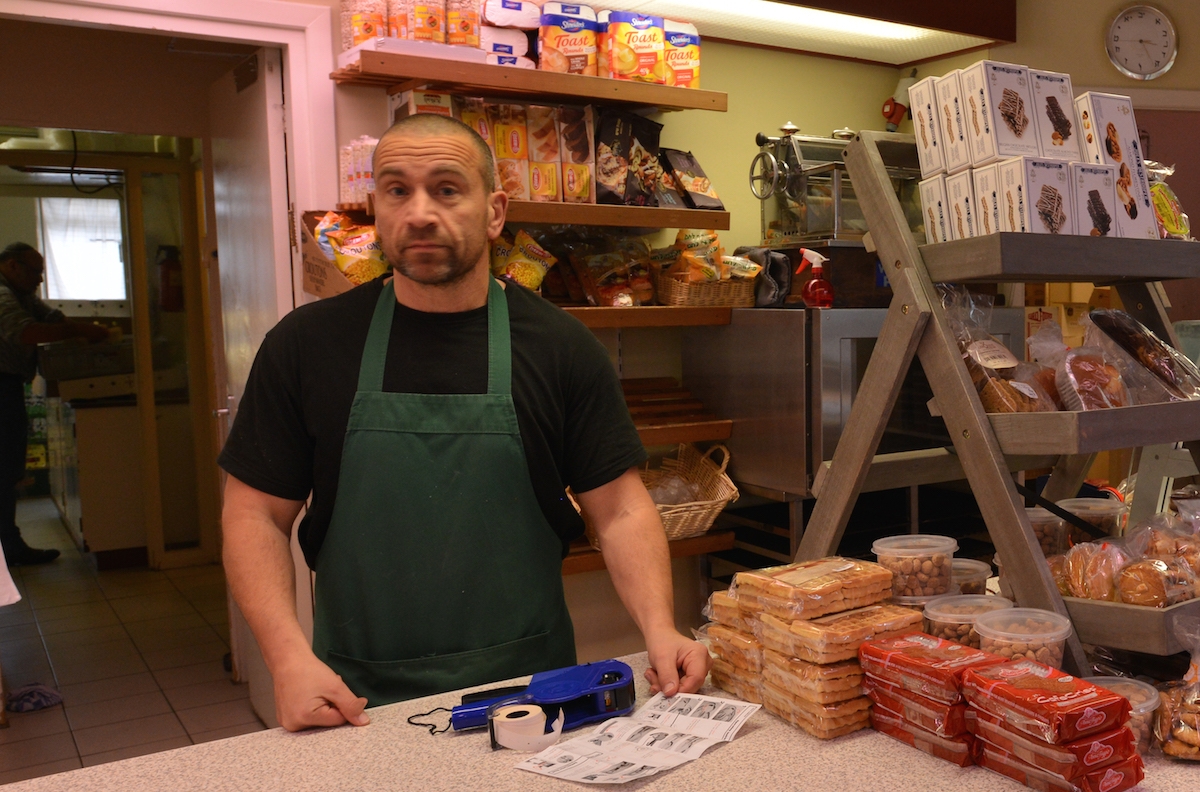 Natascha van Weezel, a Jewish documentary filmmaker who also appeared on Pauw’s show, said that Syrian refugees are likely not jihadists and that “they have bigger concerns than beating up Jews,” adding that the need to help refugees “should trump fear.”

Chantal Suissa-Runne, a board member of the Reform Jewish community in Amsterdam, said in a televised debate Oct. 18 that while she understands the concern about the refugee center, it should be seen “as an opportunity to meet these people, show them the Dutch context of positive diversity.”

As for the refugees themselves, several said they had nothing against Jews.

“They are distant family, they are the reason we have halal meat in this country. We are thankful to them,” said Hassan abu-Ghaish, a 28-year-old from Syria living at a center in central Amsterdam. (Halal meat is butchered according to Islamic standards; many Muslims consider kosher meat halal, but Jews don’t generally accept halal as kosher. In 2012, Jews were instrumental in defeating a Dutch ban on both kosher and halal slaughter.)

But for the broader Jewish leadership, security remains a pivotal concern in a community that lost 75 percent of its 140,000 members to the Nazis – the highest death rate in Nazi-occupied Western Europe. And unlike other European communities, which have seen their numbers partially replenished by immigrants from the east, Dutch Jewry has seen no significant influx.

Dennis Mok, a security adviser to the Jewish community, said the arrival of countless refugees from the Middle East poses a security concern to Dutch Jews, regardless of where they are housed.

“Would-be attackers can easily travel there from any part of the Netherlands and beyond,” Mok said. 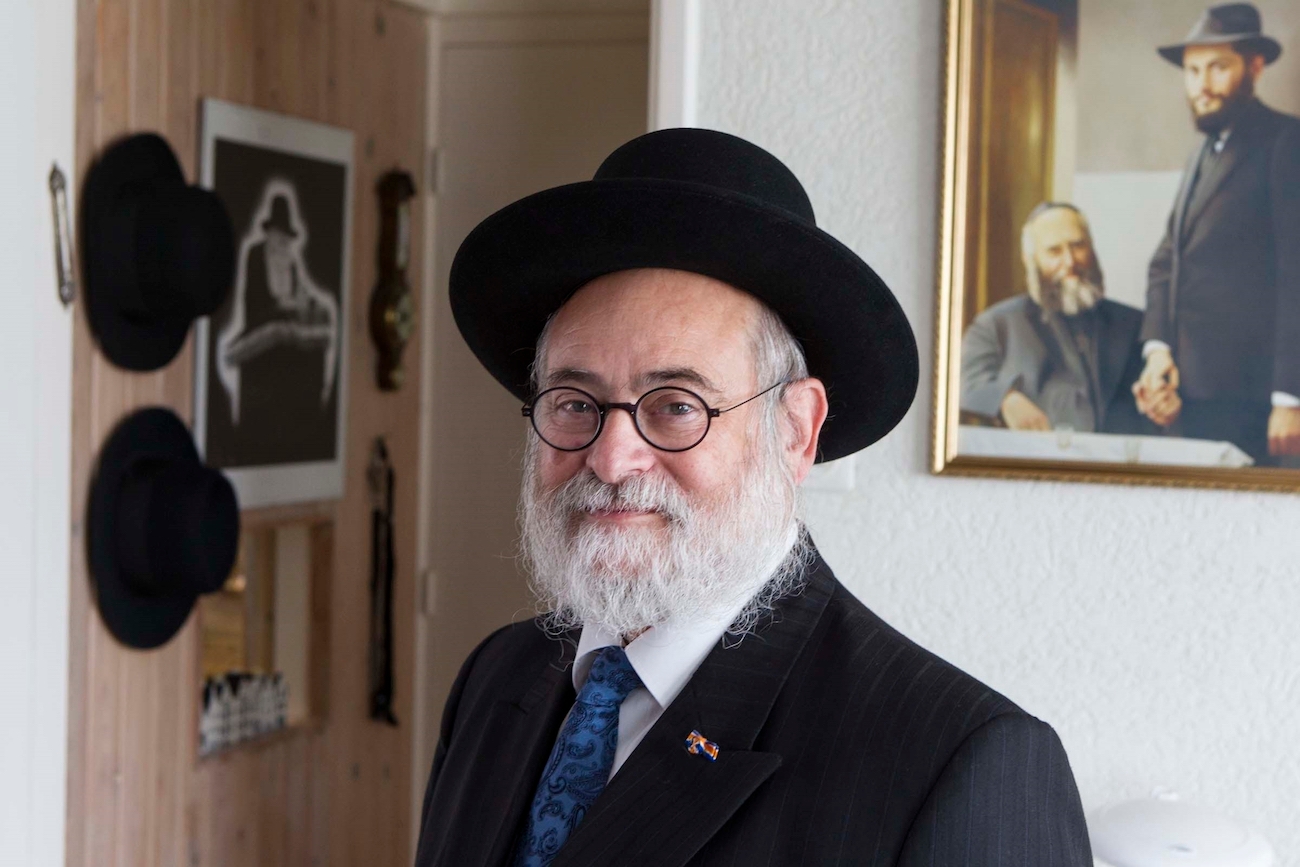 Dutch Chief Rabbi Binyomin Jacobs opposes the housing of migrants from the Middle East in a heavily Jewish area of Amsterdam. (RD/A.Dommerholt)

But Chief Rabbi Binyomin Jacobs, who supports assisting the refugees, nonetheless warned that housing the newcomers in a heavily Jewish area increased the risk of “a spontaneous attack by an incited person, who might well cool off” if getting to Jews involved more effort than simply going out into the street.

The Jewish discussion about the Amstelveen center mirrors the larger debate about how to handle the influx of Middle Eastern migrants.

Prior to the announcement about the center, the Netherlands had seen several demonstrations by opponents of housing refugees in their communities. In the city of Purmerend, near Amsterdam, popular opposition led to the defeat of a proposal to open a refugee center there. But while some homeowners have worried about the depreciation of real-estate value around refugee centers, in Buitenveldert, many Jews feel the plan carries risks for their own personal safety.

Asked about the planned center, Michiel Cornelissen, owner of the Mouwes kosher deli in Buitenveldert, compared it to housing sex offenders near a kindergarten before quickly correcting himself, noting the refugees have not been convicted of anything. Still, he said, “Jew hatred in Arab countries means an unwarranted risk.”

The Jewish presence in these areas of southern Amsterdam traces to the 1950s, when young families chose to settle there because they are close to city’s old Jewish quarter, which even after the Holocaust still had some synagogues and Jewish institutions. Buitenveldert, which has hundreds of Orthodox Jews, attracted Jewish families from the city who wanted a house with a garden near the center. And Amstelveen appealed particularly to Jews from small communities outside Amsterdam that were destroyed during the Holocaust.

The establishment in 2008 of Amsterdam’s eruv – an area where observant Jews can carry objects on the Sabbath – increased the street presence on weekends of haredi families in southern Amsterdam. Today, dozens of haredi families can be seen picnicking in parks on Shabbat or walking the four miles that separate their neighborhood from the city center.

In Amstelveen and Buitenveldert, Jews are relatively isolated from the city’s heavily Muslim areas. As housing prices in the area rose, southern Amsterdam became largely unaffordable to Muslim families who immigrated to the Netherlands in the 1970s and settled instead in the western and eastern parts of the city. This distribution would help reduce friction between the two religious groups as the rate of anti-Semitic attacks rose across Western Europe over the past decade, much of it perpetrated by Muslims angry over Israel.

“It seems to me that the Jewish community in Buitenveldert and Amstelveen enjoys a higher level of safety there than the one experienced by Jews in other parts of Amsterdam,” said Bart Wallet, a historian of Dutch Jewry at the University of Amsterdam.

Still, under the surface, the attack on a Paris supermarket in January and the killing of four people at the Brussels Jewish museum last year remain fresh in the minds of local Jews.

“I thought, and I still think, I could be next,” said David Bar-On, 29, the owner of David’s Corner, a Jewish deli in Buitenveldert.