God to NYT Mag: I would not kill baby Hitler 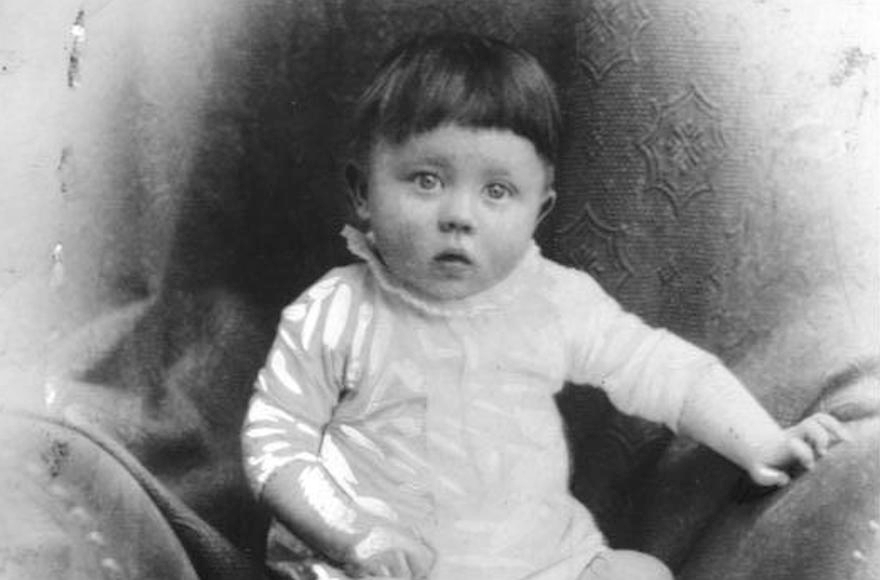 A photo of baby Hitler, circa 1889. (Wikimedia Commons)
Advertisement

OK, not exactly. But bear with me.

The New York Times Magazine broke the Internet last week when it asked readers if they would use a time machine to go back and kill “baby Hitler.” A plurality said yes (42%), with 30% saying no and 28% saying they were unsure.

We’d like to think that the Supreme Being upstairs doesn’t waste his/her eternal time clocking in on online polls. That said, rabbinic tradition strongly suggests God would give a thumbs down to a preemptive strike against baby Hitler.

The evidence comes via a Midrash dealing with Hagar and Ishmael in the desert, after they have been banished by Abraham (on Sarah’s orders with God’s approval). With Ishmael near death, the Torah relates that an angel reassures Hagar, saying “Fear not, for God has heeded the cry of the boy where he is” (Genesis 21:17).

The rabbis expound on the meaning of “where he is” — and in the process provide strong evidence that the Almighty would reject the kill-baby-Hitler option. The bottom line from the rabbis: Ishmael and his descendants may be destined to harm the Jewish people, but God only punishes people based on their current deeds, not the future.

R. Simon said: The ministering angels rushed to indict [Ishmael], exclaiming, “Sovereign of the Universe! Will You raise a well for one who will one day kill Your children with thirst?” [God] asked them, “What is he now—righteous or wicked? ” They replied, “Righteous.” He told them, “I judge a man only as he is in the moment.”