Op-Ed: For kids with disabilities, time to move from inclusion to normalcy 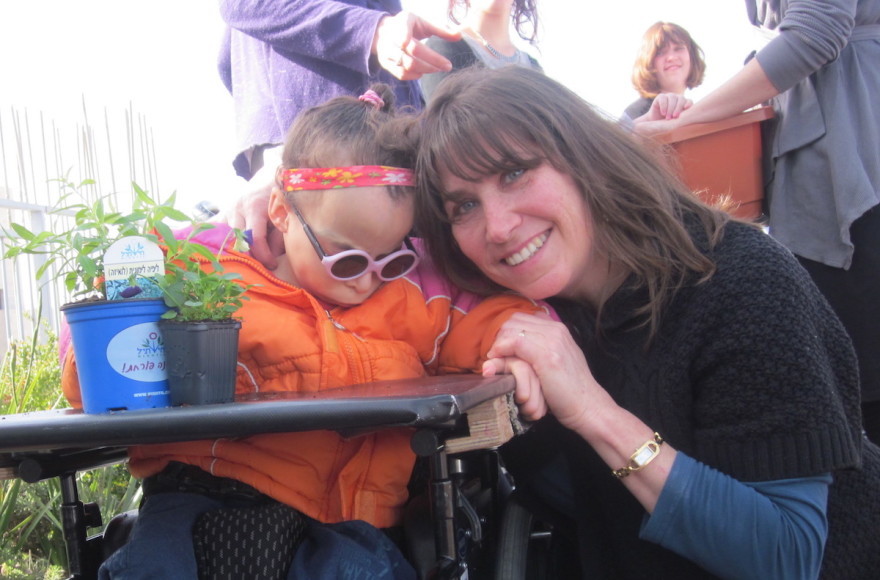 Rachel Fishheimer is the director of education at the Jerusalem facility of ALEH, an Israeli network of treatment facilities for children with severe disabilities. (Courtesy photo)
Advertisement

JERUSALEM (JTA) — Just the other day, I overheard someone saying that they had a wonderful interaction with the “Down syndrome employee” at their local cafe.

Though it happened to have been a sweet story, I cringed. It also got me thinking about the limitations of our campaigns promoting inclusion in the classroom, at work and in other areas of life. Though we have definitely come a long way, it’s clear there is still much to accomplish if an individual can still be defined as someone with Down syndrome, if it’s still something we see.

Unlike other health-related awareness months, Down Syndrome Awareness Month (October) is less about personal health and more about societal wellness. It’s a call to action to celebrate the accomplishments and abilities of individuals with special needs and promote full inclusion for all. But why do we continually have to try so hard to reach this goal? It may be because the goal itself isn’t ambitious enough.

It has been 40 years since the passage of the Individuals with Disabilities Education Act. Children with disabilities across the United States are today being educated in “least restrictive environments,” as the law calls for – namely, the general education classrooms in their neighborhood schools. After four decades, the numerous benefits of this kind of inclusion have been well documented, both for children with disabilities and those without.

Inclusion has exposed children with disabilities to socially acceptable behaviors they would otherwise not experience in a separate class. Through increased social interactions with peers without disabilities, they have developed relationships and peer role models and found encouragement.

One such young woman is Madeline Stuart, an Australian with Down syndrome who graced the runway as a model during this year’s New York Fashion Week. Stuart’s mother credits inclusion for her daughter’s rise. As she put it, “This was all possible because the world was ready.”

During my tenure with ALEH, Israel’s largest network of residential facilities for children with severe intellectual and motor disabilities, I have witnessed the successful implementation of inclusion programming and its astounding effects on our children’s growth and development. But while inclusion has made great strides in recent years, and continues to change lives inside and outside the classroom, I can’t help but wonder if it has reached its limits and if we should be expecting more from ourselves as a society.

We may we have set the bar too low. Perhaps it is now time to push harder, to trade inclusion campaigns for the promotion of normalcy.

Normal means a sweet anecdote about an angelic cafe employee doesn’t need to mention his genetic disorder. Normal would entail a fierce runway catwalk by a young blond model followed by interviews focusing on who she’s wearing — rather than her bravery for participating “against all odds.” Normal is allowing ourselves to see people, rather than causes or movements or wars to be won.

Where inclusion encouraged us to pull individuals with disabilities out of the shadows and see them as individuals deserving of the same services, resources and experiences, a push for normalcy encourages us to live in a world where inclusion is second nature. In essence, normalcy is daring to aim ever higher.

(Rachel Fishheimer is the director of education at the Jerusalem facility of ALEH, Israel’s largest network of residential facilities for children with severe intellectual and motor disabilities.)