In tense eastern Jerusalem, Arabs and Jews hunker down 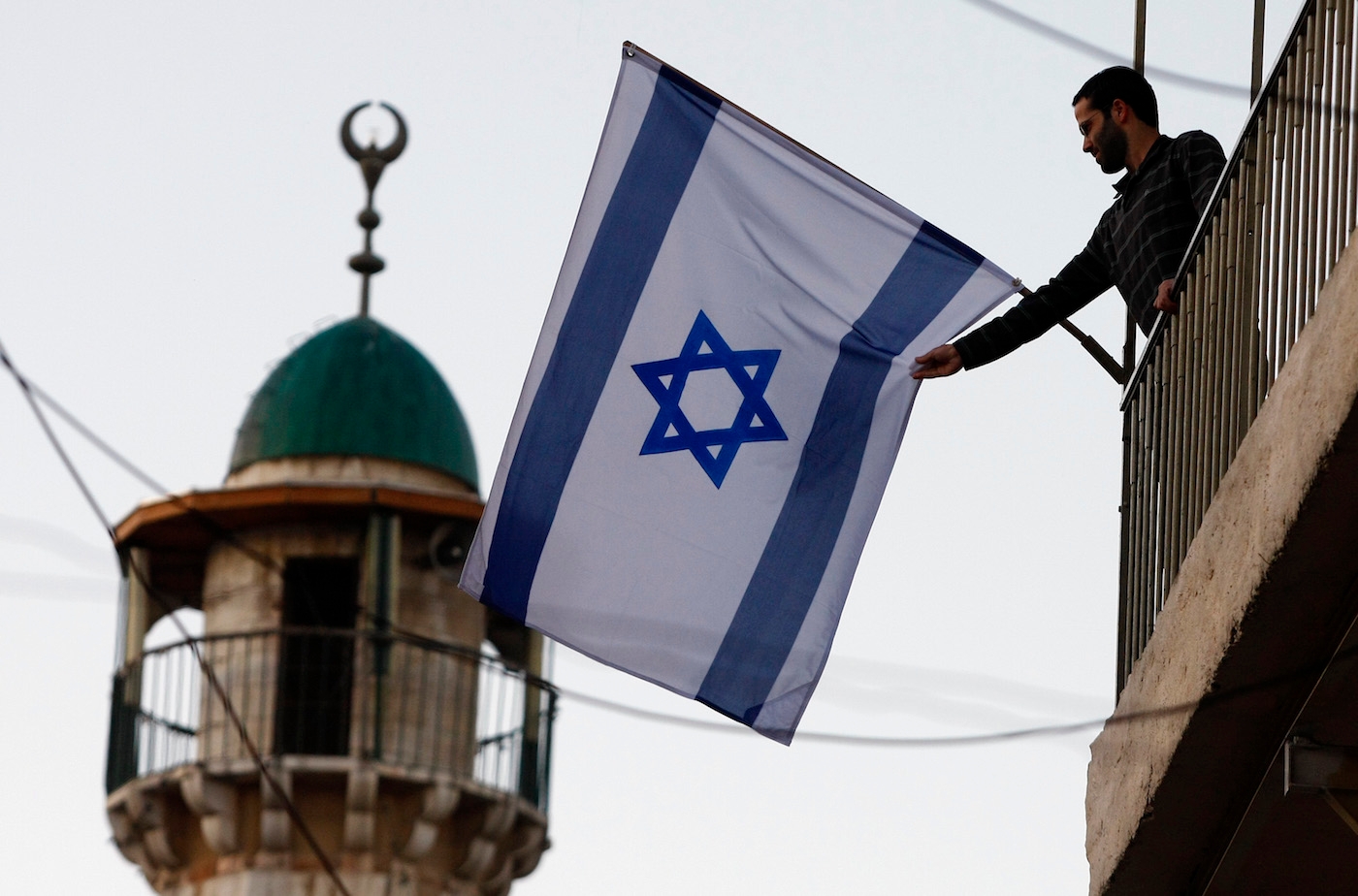 An Israeli Jew raises a flag near the Old City of Jerusalem. Jewish residents in the Old City and predominantly Arab areas nearby have increased 40 percent since 2009. (Abir Sultan/Flash 90)
Advertisement

JERUSALEM (JTA) — To get to the Jewish compound in the eastern Jerusalem neighborhood of Silwan, residents arrange in advance for an armored van to pick them up at a spot adjacent to the walls of the Old City.

With a metal grate over its windshield and an armed guard sitting beside an armed driver, the van rumbles for seven minutes along steep, bumpy roads lined with Arabic graffiti. It stops next to a police van, across from a six-story building towering over the street. An Israeli flag hangs from a window.

An armed guard stands at the door; a second sits inside. In an adjacent room, a group of Israel Border Police officers relax as they eat their lunch. When the children who live there want to play, they ascend to the roof, where there’s a small playground surrounded on three sides by a metal cage.

The building is the largest structure in what its residents call Yemenite Village, a collection of buildings that is home to religious Jews who have lived in this part of Silwan since 2004. The enclave began with just a few families, but will expand to 22 in the coming months. Providing private security for them and residents of other nearby Jewish enclaves costs the Israeli government up to $16 million a year, according to Daniel Luria, the director of Ateret Cohanim, an organization devoted to strengthening the Jewish presence in Arab areas of Jerusalem.

“They’re ideologically driven,” Luria told JTA. “They’re not going to let the security situation create havoc to their lives. They’re actually used to stones being thrown at the vehicle, or a Molotov cocktail.”

The number of Jews living in Arab neighborhoods of Jerusalem’s Old City and its environs has increased by 40 percent since 2009, according to Ir Amim, an organization that advocates for Silwan’s Arab residents. Some 2,800 Jews now live in the area, which residents refer to as the Holy Basin, a fraction of the nearly 200,000 Jews who live in eastern Jerusalem as a whole, almost all of them in Jewish areas built after the 1967 war that form a ring around the city’s Arab neighborhoods.

As the Jewish population in eastern Jerusalem has grown, so have tensions with its Arab neighbors. Both sides complain about frequent harassment from the other, from stone-throwing and Molotov cocktails to police abuse. Neither side feels safe walking the streets, and both insist they’re not going anywhere — no matter how bad the violence gets.

“It’ll be like this all of our life,” said Kassem Nader, an Arab cab driver. “It will go up, go down, there will never be peace. We got to a place where you can’t walk the street.”

The Jews inside the Holy Basin consider it an inseparable part of Israel’s capital and see no problem living there. Yishai Fleisher, who was born in Israel and raised in New Jersey, moved in 2011 with his family from the West Bank settlement of Beit El to Maale Hazeitim, a Jewish settlement inside the Arab neighborhood of Ras al-Amud, adjacent to the Mount of Olives.

“We think we’re living in the ancestral homeland and we think we are protecting Jerusalem from being overrun,” said Fleisher, a columnist and radio host who appears regularly on Al Jazeera. “One could conceive of us as settlers living dangerously amongst Arabs, or one could see us the way we see ourselves — as Jewish people coming back to our ancestral homeland, living in the most natural place that we could be.” 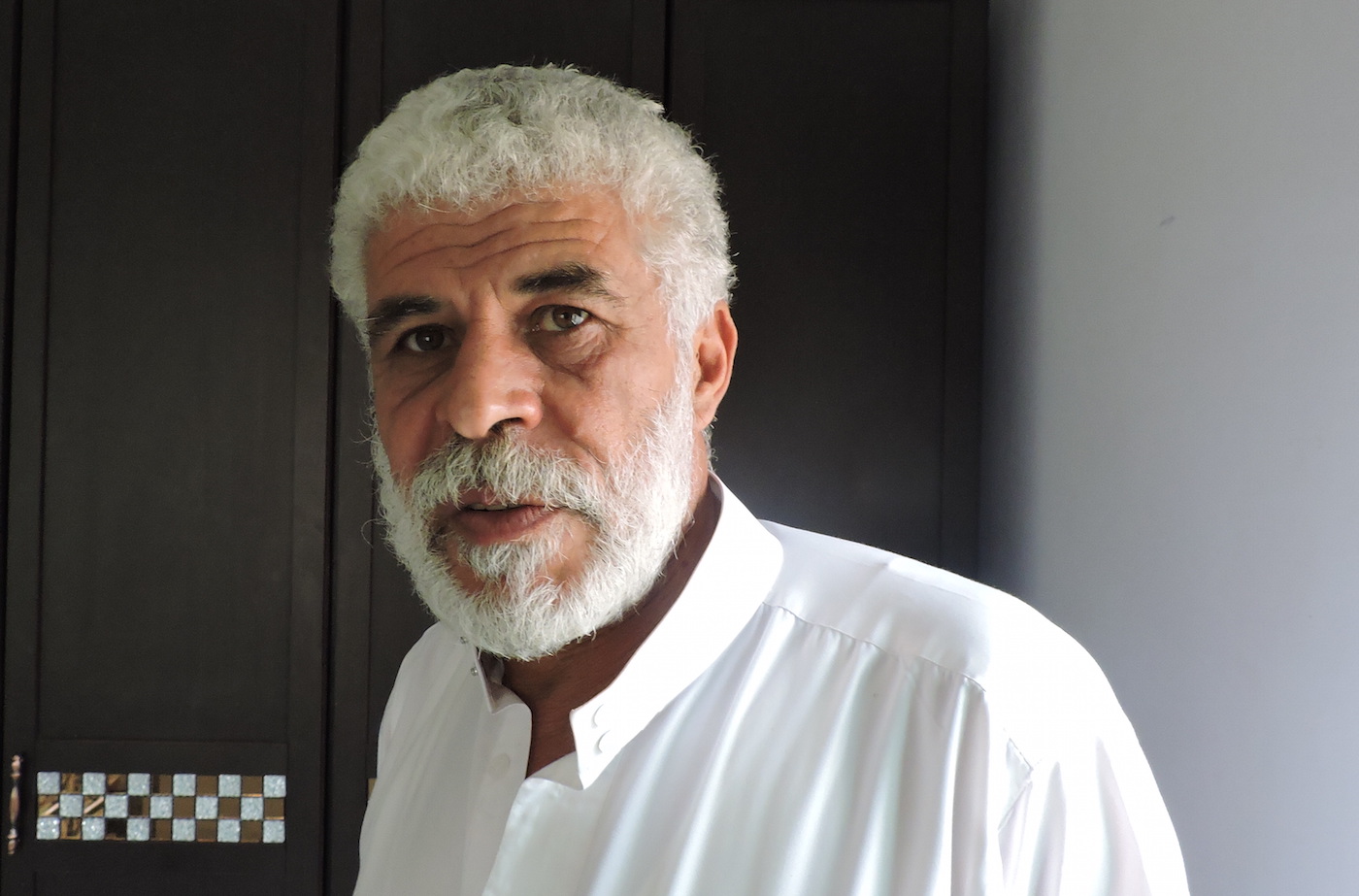 The Jerusalem home where Abdullah Abu Nab and his family lived for decades now belongs to representatives of its original Jewish owners. (Ben Sales)

Down the street from the Yemenite Village, Abdullah Abu Nab, a handyman and father of five whose family has lived on this street for generations, looks weary. The heavy Israeli security presence, placed there to prevent terrorism and protect the Jewish residents, has created an atmosphere of fear, he said. Israeli security forces have stopped his children from playing in the street, and Abu Nab says Arab kids have been punched by police.

In the past, “you would hardly feel them, see them,” Abu Nab said. “Now there are more soldiers than neighbors. Now every day is crazy.”

Until this year, Abu Nab lived in a compound with 10 other relatives — brothers, wives, sons and daughters. But the compound is now entirely in Jewish hands. Before 1948, the building had been a synagogue, and representatives of the original owners sued the Abu Nab family to get back the property.

Earlier this year, representatives of the Jewish owners paid part of the family to leave one-third of the building. Last month, an Israeli district court ruled in the Jewish owners’ favor and evicted Abu Nab from the remaining two-thirds.

Abu Nab says that during the eviction, his property was thrown onto the street and his work tools were stolen. Now, sitting in an apartment he’s renting from friends, he can see his old home from his living room window.

“If someone comes and takes your house, is that coming in peace?” he said. “You were there 70 years. You were born in that house, and they say it’s their house, and the court gives it to them. Is that peace?” 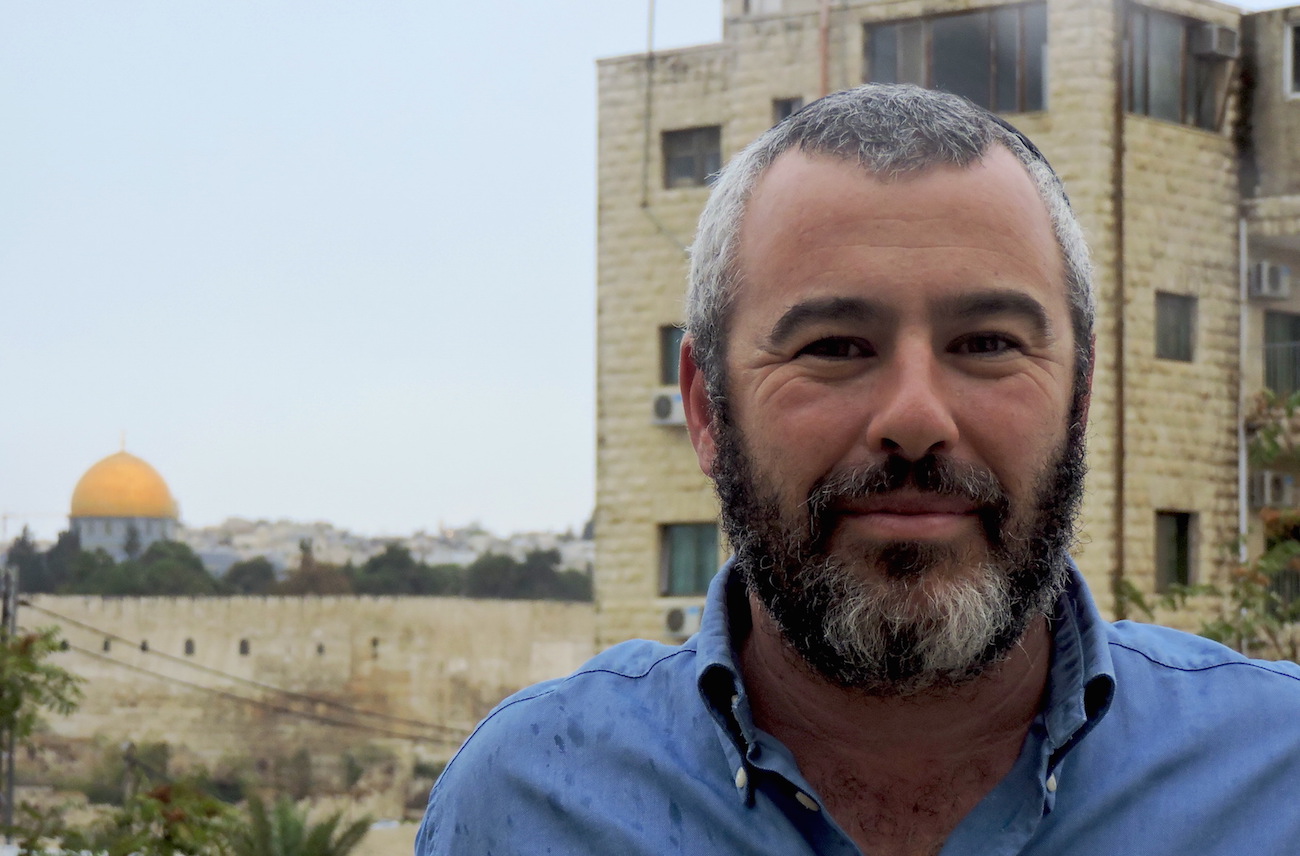 Yishai Fleisher moved with his family to a Jewish enclave inside the Arab neighborhood of Ras al-Amud, adjacent to the Mount of Olives. (Ben Sales)

Arab residents complain that they are neglected by the authorities even as millions are spent to protect their Jewish neighbors. Although it’s only blocks away from Jewish western Jerusalem, the city’s Arab half looks different. Many of its dirty, narrow streets lack sidewalks, signage or proper paving. Trash collection is spotty, with piles of garbage gathering outside homes. According to a report by Ir Amim, as of 2012, 75 percent of Jerusalem’s approximately 300,000 Arabs live below the poverty line.

“This government doesn’t do the right things,” said Zoheir Rajabi, who lives near the Yemenite Village. “So now every person sees that this state treats Jews specially and gives them all their rights, but Arabs who are citizens of Jerusalem don’t get those rights.”

Eastern Jerusalem has been experiencing frequent unrest since last summer, when Jewish extremists murdered an Arab teenager, Mohammad Abu Khdeir, in retaliation for the murder of three Jewish-Israeli teens. Since then there have been intermittent riots and what Jewish residents describe as constant stone-throwing at their apartments. Luria said one family had stones thrown at its apartment 126 times over four months. Many of the assailants in the recent rash of stabbing attacks against Jews have come from eastern Jerusalem.

READ: How Jerusalem is coping with the attacks: Police and pepper spray

In response, Israel has closed off exits from Arab neighborhoods and placed checkpoints on their roads. One checkpoint, a row of cinderblocks manned by a Border Police unit, sits just yards from Fleischer’s apartment complex. A metal gate blocks the entrance to the apartments, and inside it, residents had set up a coffee corner for the police officers. A poster on the gate said: “The eternal nation is not afraid.”

Individual residents also take their own precautions. Fleisher, Luria and others carry guns, and many have rock-proofed their windows. But Fleisher and his wife, Malkah, insist their life is mostly normal. Their biggest problem of late, they said, has been traffic jams from the road closures. Their eldest daughter now finishes school a half-hour earlier on Fridays because of the congestion, and makes sure to go to the bathroom before the ride home.

“We get information about how to travel, how to come back home, live as much as possible a normal life here,” Fleisher said. “The change here hasn’t felt as dramatic because we are from the get-go more prepared.”

Arab Jerusalemites have many of the same complaints. Nader said drives that used to take 10 minutes now take two hours. His block is dotted with checkpoints, and a soldier recently held him at gunpoint and demanded to see identification. He worries that when his two young adult sons leave the house, they’ll be mistaken for terrorists and shot. Save for work, he hasn’t gone out in a week.

“They’ll shoot someone who walks in the street,” he said. “The situation is scary. They began with knives, [and] it’s scary for everyone.”

Neither side expects conditions to improve soon. Jews and Arabs both express a desire for normal relations, but both also seem resigned to the possibility that violence will continue for years or decades.

“We’re cousins, man, we’re sons of Abraham,” Nader said. “The young generation doesn’t want to get close. It wants to build a fence in the neighborhoods instead of getting to know each other.”