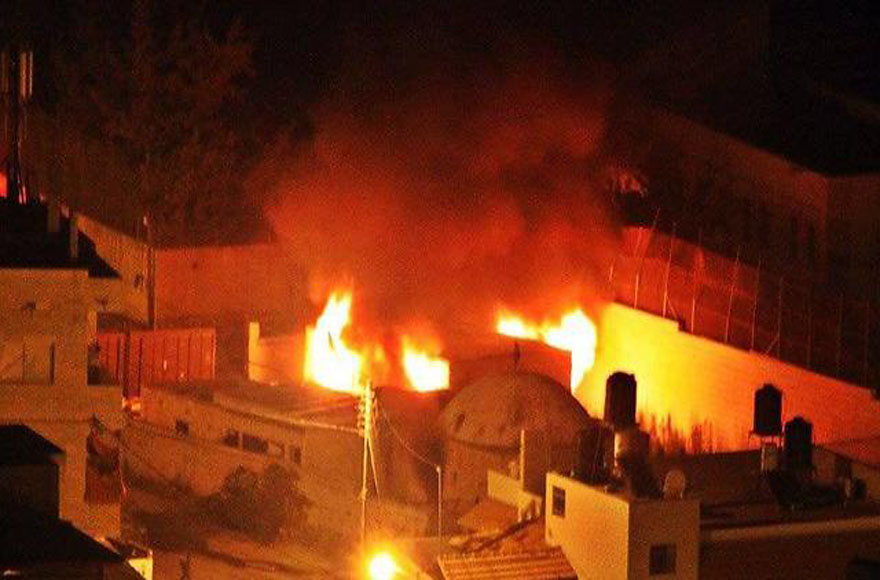 JERUSALEM (JTA) — Joseph’s Tomb, which was firebombed and vandalized two weeks ago, was repaired in a nighttime operation near the West Bank city of Nablus.

The site was cleaned and painted, the grave marker was restored and the marble covering of the tomb was replaced, according to reports.

Arriving at the site late on Monday night, the workers took about five hours to complete the repairs. Israeli soldiers guarded the painters, metalworkers, electricians, gardeners and stoneworkers.

Samaria Regional Council head Yossi Dagan initiated the action, Israel National News reported Tuesday. Dagan called the torching of the site a “national disgrace,” and criticized the decision to do the work in the middle of the night.

“Our coming here in the dead of night, like thieves, to a place that is unquestionably ours. It’s a difficult feeling,” he said, according to the Times of Israel.

The tomb was set afire by Palestinian rioters early on Oct. 16, shortly after Hamas leaders in Gaza called for “a day of rage” against Israel — a term that is often used to describe shooting or the hurling of stones and firebombs at Israelis.

Under the 1993 Oslo Accords, the site was to remain under Israeli control. The Israel Defense Forces evacuated the premises in October 2000 during the second intifada and it was burnt down by Palestinians.

Jewish worshippers in coordination with the IDF make monthly nocturnal pilgrimages to the site, which has been renovated and restored. But haredi Orthodox worshippers sometimes make illegal visits to what is believed to be the burial place of the biblical patriarch.