Is it just me, or are there neo-Nazis everywhere? (OK, it might just be me) 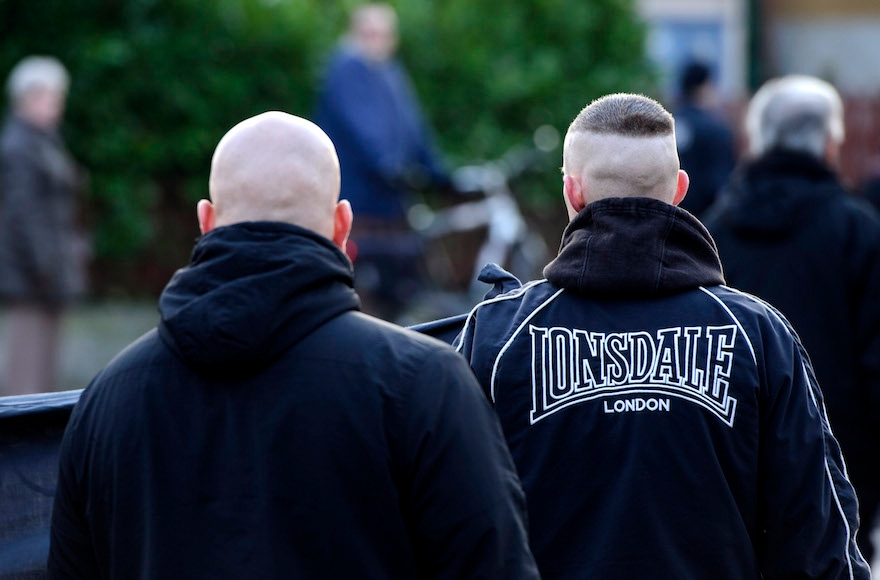 My father often accuses me of being “too wrapped up in all this Jewish stuff” — by which he means the Holocaust, the Arab-Israeli conflict, etc. He blames my work and certain unfortunate personality traits.

However accurate, this observation has always seemed somewhat hypocritical to me. After all, it comes from a man who, every day on the way to school, rehearsed with me the chronology of World War II (instead of teaching me things like the basic rules of soccer).

Besides, what’s wrong with embracing a rich, deep-seated ethnic identity over some modern universalist contrivance — like “European citizen”?

Still, I had to wonder whether my father had a point this week. When I passed a Parisian housewares shop covered in Star of David-shaped stickers advertising sales prices, my first thought was of Yad Vashem.

I, of course, barged inside to speak with the owner, whom I strongly suspected of being a neo-Nazi advertising his sickening ideology in the midst of the 17th Arrondissement — one of the most Jewish and affluent districts of Paris proper. 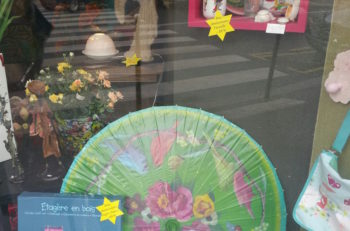 It wouldn’t be the first time French anti-Semites had used code to publicly celebrate the killing of Jews. The master of the practice, made necessary by strict national laws against racist and threatening speech, is Dieudonne M’bala M’bala, a French comedian and “professional anti-Semite,” as he was aptly described by Roger Cukierman, the president of the CRIF umbrella group of French Jewish communities.

Dieudonne has promoted the quenelle — a quasi-Nazi salute made with one arm “heiling” downward and other hand placed on that shoulder. He says “it’s not anti-Semitic, but anti-systemic,” meaning anti-establishment, but thousands of his fans have taken to being photographed performing the gesture at Holocaust-related sites.

The comedian is also a promoter of the term “shoananas” — a mashup of the Hebrew word for the Holocaust and the French word for pineapple, which is used to mock the Holocaust or suggest it’s a hoax without breaking French laws against Holocaust denial. Some of his fans like to pose with pineapples in front of Holocaust memorials, sometimes while performing the quenelle.

The owner of the housewares shop, it turned out, was a sweet lady named Christine who was not Jewish but had always liked the Star of David for its geometric shape (Stars of David and even pentagrams feature in Christmas decorations across Europe) and thought to use it to advertise her boutique shop’s 10th anniversary. She never considered that her stars might resemble those the Nazis forced Jews to wear during the Holocaust.

I ended up buying some wall stickers for the baby room in our Amsterdam home. They came with Christine’s advice not to panic if my wife gave birth a little earlier than planned. Her youngest son, she assured me, was born six weeks early and is now a strapping 21-year-old.

As I stuffed the stickers into my bag, I resolved to teach my son the rules of soccer — just as soon as I got a handle on them myself.