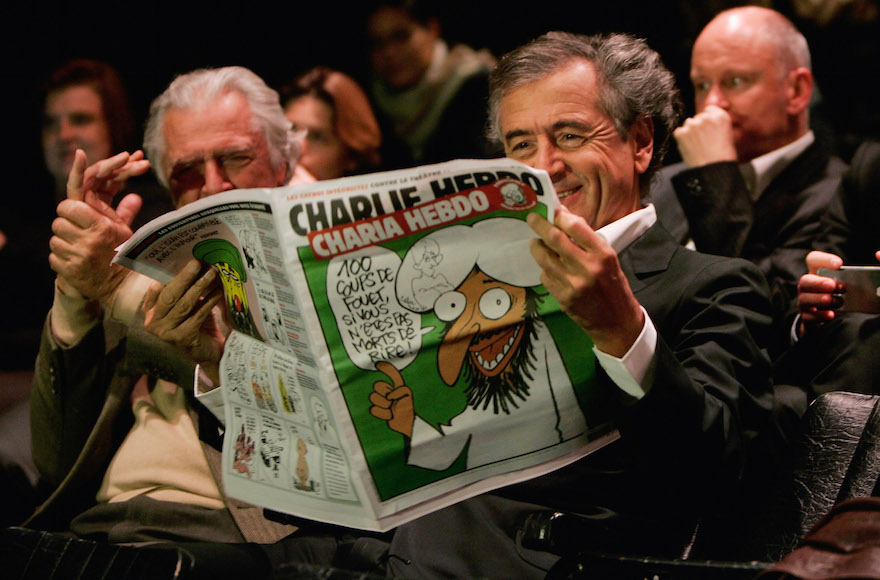 PARIS (JTA) — French Jews condemned what they termed an anti-Semitic demonstration in the heart of the French capital against the Jewish public intellectual Bernard-Henri Levy.

The event took place on Oct. 31 on St. Germain Boulevard, where approximately a dozen far-right demonstrators from the French Reneweal group convened with posters accusing Levy — a celebrity and supporter of France’s military intervention in Libya — of fomenting war for profit.

The protesters shouted slogans accusing Levy of being a “Talmudic philosopher” who is “waging Zionist war” and who should be “stripped of the French nationality and extradited to Israel,” according to a statement published Thursday by the CRIF umbrella group of French Jewish communities titled “Anti-Semitic demonstration in the heart of Paris.”

The statement said CRIF “extends it support to Levy” and has contacted the interior ministry requesting the initiation of a criminal investigation for incitement to hatred, which is illegal in France.

Levy spoke on Sunday at the CRIF national convention in Paris before an audience of over 1,500 people.

He said that despite rising violence by anti-Semites with Muslim affiliation and anti-Semitic rhetoric by pro-fascist ones, “French Jews have never been less alone” thanks to broad support in French society and by its political establishment.