Ben Carson on baby Hitler: ‘I’m not in favor of aborting anybody’ 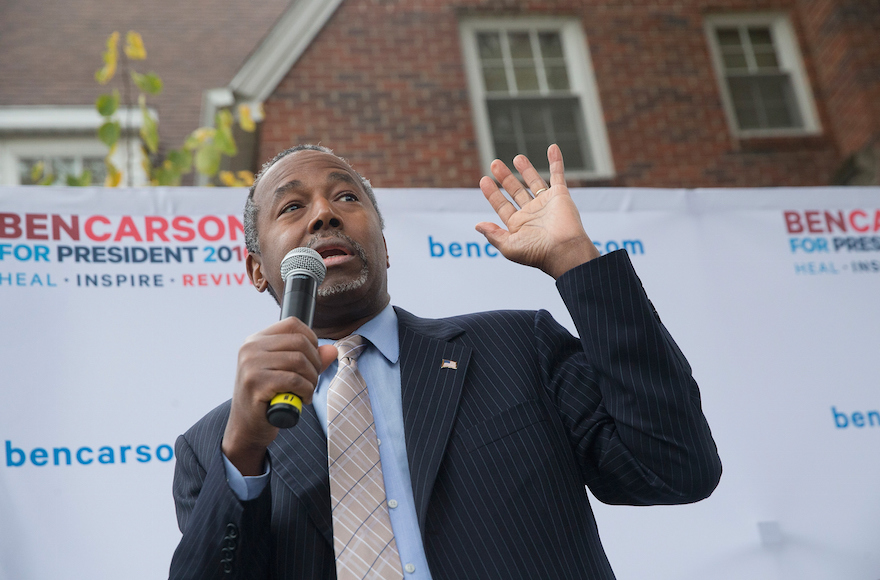 (JTA) — Ben Carson, a staunch abortion foe, said he would not have aborted baby Hitler.

The questioner, who was among a crowd of people surrounding the candidate, began his query by calling Carson “perhaps the most anti-Hitler but also the most anti-abortion candidate.”

Republican presidential candidate Jeb Bush was asked the same question last week in an interview with the Huffington Post and replied, “Hell yeah, I would. You gotta step up man.”

The original question was raised late last month by The New York Times Magazine for “Back to the Future” Day, in honor of the 1980s movie series in which characters travel back in time and changed the course of their history.

Some 42 percent of the magazine’s online readers said they would use a time machine to go back and kill baby Hitler. Another 30 percent said no, and 28 percent said they were unsure.