3rd-century mosaic found near Tel Aviv to be unveiled 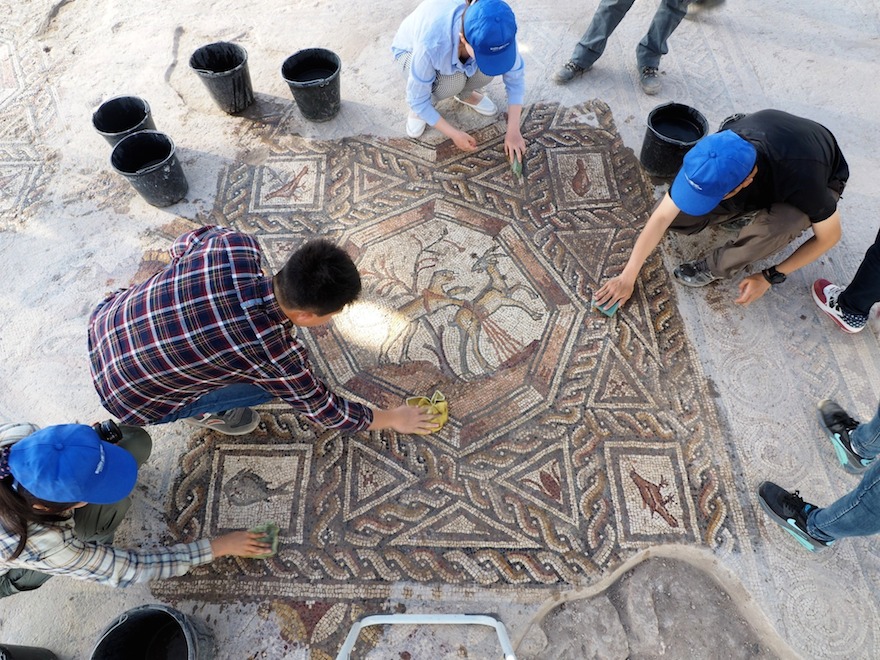 (JTA) — A 1,700-year-old mosaic unearthed in the summer of 2014 — adjacent to the site where a world-famous mosaic was unearthed in Israel — is going on display for the first time.

While excavating during construction of a permanent home and visitors center for the Lod Mosaic, which was found during highway construction in central Israel in 1996, archaeologists unearthed another mosaic, the Israel Antiquities Authority announced in a news release Monday. The new mosaic will go on display this week at the site where it was unearthed in Lod, near Tel Aviv. 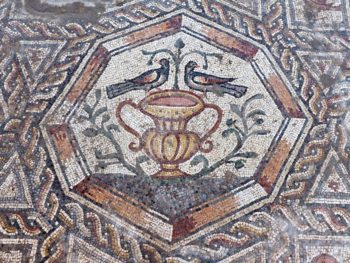 A section of the newly discovered mosaic that is going on public display this week. (Assaf Peretz/Israel Antiquities Authority)

The Lod Mosaic, which is notable for the quality of workmanship and state of preservation, has been exhibited at New York’s Metropolitan Museum of Art, the Hermitage, Louvre and other major museums. It was originally the living room floor inside a Roman villa. The newly found mosaic, which is 36-by-42 feet, served as the courtyard pavement of the same villa.

According to Amir Gorzalczany, excavation director on behalf of the Israel Antiquities Authority, the villa dates from the Roman and Byzantine periods, when Lod was called Diospolis.

The complex included a magnificent large courtyard that was paved with a mosaic and surrounded by porticos.

The scenes in the mosaic that were uncovered last year depict hunting and hunted animals, fish, flowers in baskets, vases and birds, according to the Israel Antiquities Authority.