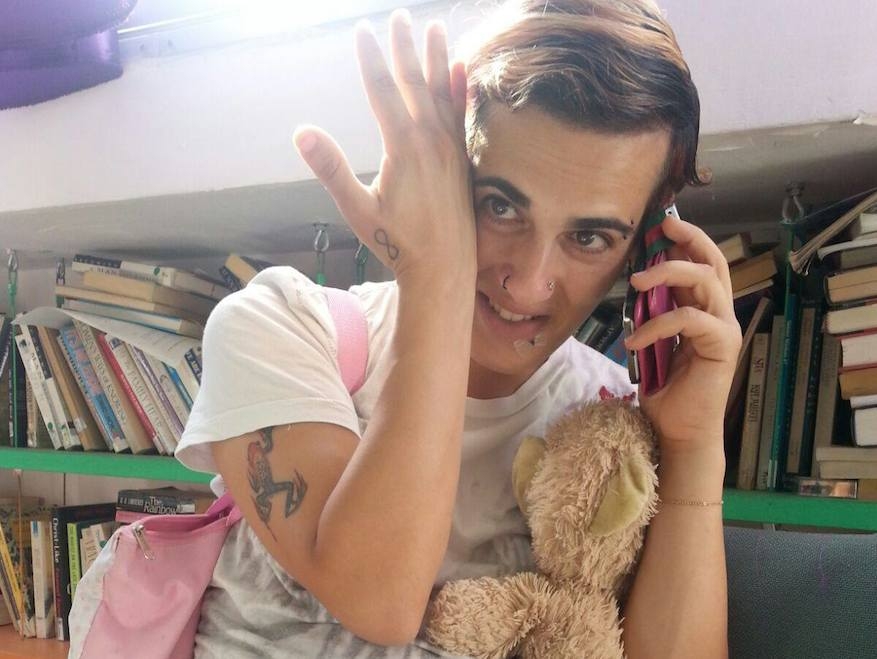 May Peleg at the Jerusalem Open House. (Facebook)
Advertisement

JERUSALEM (JTA) — The Supreme Court of Israel will hear the appeal brought by the haredi Orthodox family of a transgender activist over the activist’s cremation.

The hearing in the case of May Peleg, 31, is scheduled for Tuesday, according to the Campaign for May Peleg’s Memory.

On Sunday, Peleg’s haredi Orthodox mother asked the Supreme Court to overturn the Nov. 18 ruling by the Jerusalem District Court allowing the body to be cremated, as Peleg had arranged and paid for in her last will and testament, and that she be allowed to bury her child’s body. The appeal filing refers to Peleg in the feminine, as opposed to the original request, which called Peleg “my son.”

Peleg’s will requests not only that she be cremated, but that a ceremony be held and her ashes scattered at sea and under a tree to be planted in her memory.

Cremation is forbidden according to Jewish law, although it is has become increasingly popular among liberal and secular Jews in recent years, particularly in the United States.

Peleg killed herself, according to a statement released from the Jerusalem Open House for Pride and Tolerance.

Peleg wrote in an affidavit prior to her death that was submitted to the court: “There are reasonable grounds for concern that if my body reaches my biological mother’ hands she will subject me to a religious burial, with Judaism not recognizing me as a woman, even though I’ve undergone sex change surgery. This constitutes a lack of respect and an erasure of my identity.”

Peleg married at age 20 and had two children before divorcing and undergoing a sex-change operation.  While Peleg and her ex-wife initially maintained good relations, two years ago the ex-wife stopped letting Peleg have a relationship with the children, who are now 9 and 10 years old.