There is one thing Sheldon Silver and William Rapfogel won’t share, however: a jail cell.

Within the space of less than a week, Silver, the former New York Assembly speaker, was found guilty on seven counts of corruption charges, while his old pal Rapfogel, the disgraced former CEO of New York’s Metropolitan Council on Jewish Poverty, was released from prison.

On Monday, a jury found Silver, 71, guilty of honest services fraud, extortion and money laundering for obtaining nearly $4 million in kickbacks in exchange for using his position to benefit a cancer researcher and two real estate developers. Each of the seven charges carries a maximum penalty of 20 years in prison.

Rapfogel, now 60, pleaded guilty in April 2014 to stealing $9 million from the taxpayer-funded Met Council, including more than $1 million for himself, in a grand larceny and kickback scheme spanning two decades.

Sentenced in July 2014 to 3 1/3 to 10 years in prison and ordered to pay $3 million in restitution, Rapfogel was transferred last week to a minimum-security work release prison in Manhattan across the street from Central Park. By next week, Rapfogel will be allowed to leave during the day to go to work, according to a prison spokesman cited by the New York Daily News. The ex-charity head reportedly was offered a job at a real estate company.

Silver, long one of the state’s three most powerful politicians – along with the governor and the State Senate majority leader – also was one of New York’s most visible Orthodox Jews. Rapfogel, who unlike Silver always wore his kippah, was another.

Rapfogel’s wife, Judy, was the chief of staff for Silver. After her husband was arrested, Judy Rapfogel claimed she had no knowledge of her husband’s criminal malfeasance and she remained on Silver’s staff.

The arrests of Silver and Rapfogel each sent shock waves through New York’s Jewish establishment, where the two were well known and generally highly regarded. Silver received an honorary degree from Yeshiva University, where he obtained his bachelor’s degree in 1965. He also was honored in the past by Jewish federations, feted by the Council of Jewish Organizations and was a mainstay of New York legislative missions to Israel.

Rapfogel’s scheme devastated Met Council and, along with the collapse a year ago of the Jewish social service agency FEGS, raised questions about UJA-Federation of New York’s oversight of its main network agencies. But Silver’s guilty verdict will reverberate far beyond the Jewish community.

Silver had been in the Assembly for nearly 40 years. He was arrested in January, and resigned as speaker early the following month, though he maintained his seat. Already the verdict is being seen as the latest of many indictments of the political culture in Albany, the state’s notoriously corrupt capital. The verdict also means Silver must resign his Assembly seat. 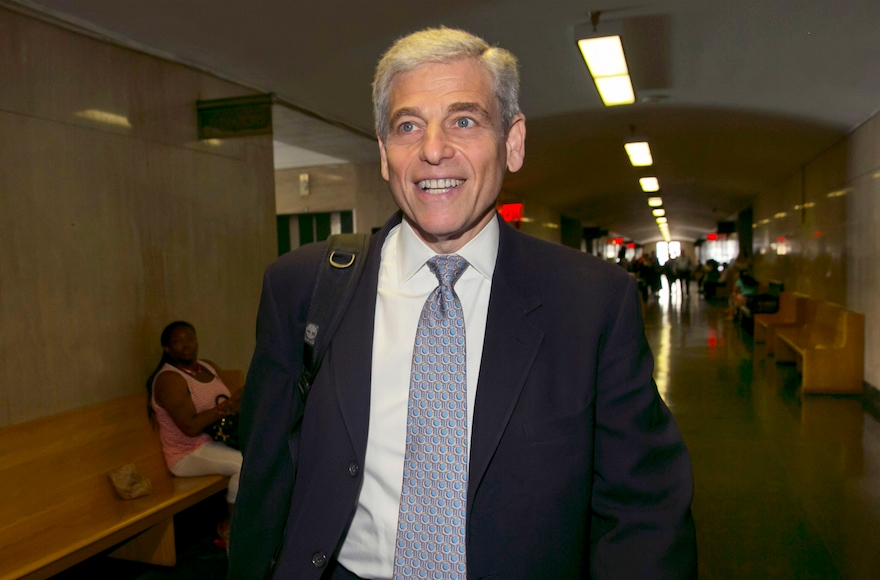 In the close-knit Orthodox community on Manhattan’s Lower East Side, the ignominious fates of the two men known affectionately as Shelly and Willie are also a personal blow. Silver and Rapfogel were among the most prominent members of their Orthodox shul, the Bialystoker Synagogue, and they often sat together in the sanctuary on Shabbat morning. Rapfogel wore a knit yarmulke and always had a ready smile. Silver, who wore a black skullcap atop his salt-and-pepper hair, was quieter, and in recent years had taken to going to the no-frills early minyan on Shabbat mornings.

Until a few years ago, Silver could be found Sunday mornings on the basketball court at a local Jewish community building, the Educational Alliance, where insiders remember him having a nice shot. On the hardwood, Silver cut a very different figure from the man better known in the state capital for his dark suits, heavy jowls, deep baritone, laconic speech and hard stares.

But Silver’s personal and professional lives were deeply intertwined — illegally so, according to the guilty verdict reached Monday. Silver had two real estate development firms, Glenwood Management and the Witkoff Group, move tax business to a law firm, Goldberg & Iryami, that secretly paid fees to Silver, who in exchange supported rent legislation championed by Glenwood and met with lobbyists for the company.

By “deliberately keeping secret from the public any information about this lucrative side-deal,” prosecutors said, Silver broke the law.

In all, Silver netted nearly $4 million from his illegal schemes, prosecutors said.

(Some of this material previously appeared in a JTA story in January 2015, published at the time of Silver’s arrest.)