These presidential candidates made some strange Hanukkah blunders 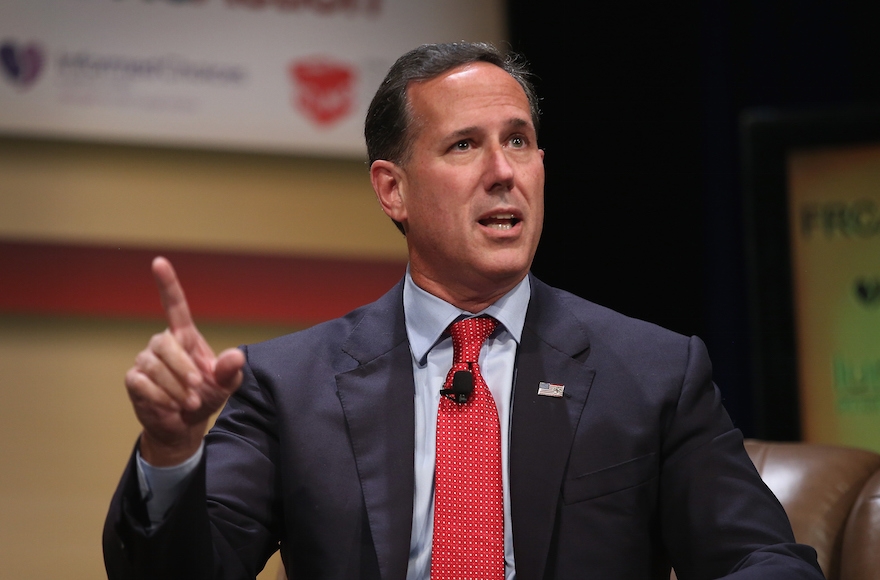 Less than 24 hours into Hanukkah, there have already been over 83,000 tweets about the holiday. Some of those tweeters were bound to make mistakes, but one would think that politicians running for the nation’s highest office wouldn’t fumble their holiday greetings. Sadly, a couple of them did.

Yes, Rick Santorum is still running for president. However, he seems to have missed the memo that Hebrew reads from right to left. In an initial tweet on Sunday afternoon – which he later corrected – Santorum tweeted “Happy Hanukkah” backwards in Hebrew.

Really @RickSantorum? Chanukah Menorah has 8 candles. And the Hebrew text is gibberish. Get a Jewish staffer. pic.twitter.com/PdaEtoNVXO

If that weren’t bad enough, his tweet included the word “simcha,” meaning happiness, instead of the adjective form “sameach,” so his phrase translated more to “Hanukkah happiness” than “Happy Hanukkah.” Or rather: “ssenippaH hakkunaH.”

Less than a week after Trump made some questionable comments to a room full of Jews, one of his senior aides betrayed a lack of knowledge about Judaism. Daniel Scavino, Jr., one of Trump’s senior advisers, criticized President Obama for giving a televised speech on how to combat ISIS on the first night of Hanukkah.

Disrespectful. Should have addressed the nation on Friday or Saturday evening. Not the first night of #Hanukkah. https://t.co/bxIlPLzgIe

A Friday night would actually have been seen as less respectful, since that’s the Jewish sabbath. It takes some real chootspah to screw up like that.