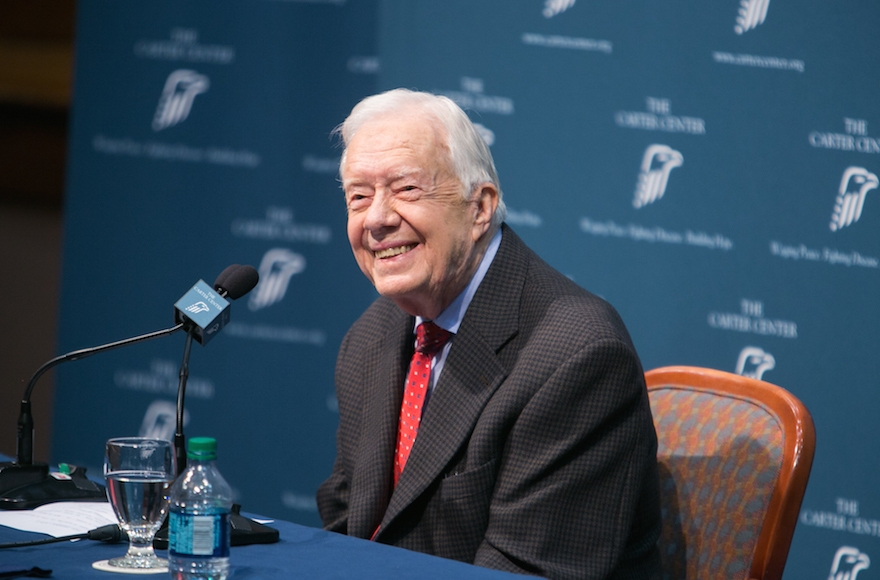 A drug that was researched and tested in Israel has helped former President Jimmy Carter overcome his life-threatening case of melanoma.

Carter announced on Sunday that the four cancerous lesions on his brain were gone and doctors had found no new signs of cancer growth.

He also said that he will continue taking Keytruda, one of a group of new so-called “immunotherapy” drugs, which aim to help a patient’s immune system defeat the spread of cancer. It was researched by Jacob Schachter at the Sheba Medical Center in Ramat Gan, Israel.

Keytruda helps immune system cells identify and destroy tumor cells, which usually pass by them undetected. This bolstering of the immune system is a break from the theory behind chemotherapy, which is designed to destroy cancerous cells but also destroys healthy ones.

Carter, 91, has said that he has experienced no side effects to Keytruda.

“The new drug creates real potential for curing one of the deadliest forms of cancer, at the negligible cost of light and tolerable side effects,” Schachter, a professor and head of the Ella Institute for Melanoma at the Sheba Medical Center, told Ynet last year. “Among doctors, too, the scope of the breakthrough has yet to be digested.”

Carter announced in August that he had stage 4 melanoma that had spread across his body.

However, cancer experts told NBC News that it is not completely clear whether the drug cured Carter on its own, and that advanced forms of the cancer have been known to disappear and return. The former commander-in-chief was also treated with traditional radiation and had a tumor on his liver removed.