New $41M Jaffa penthouse said to be priciest in Israel 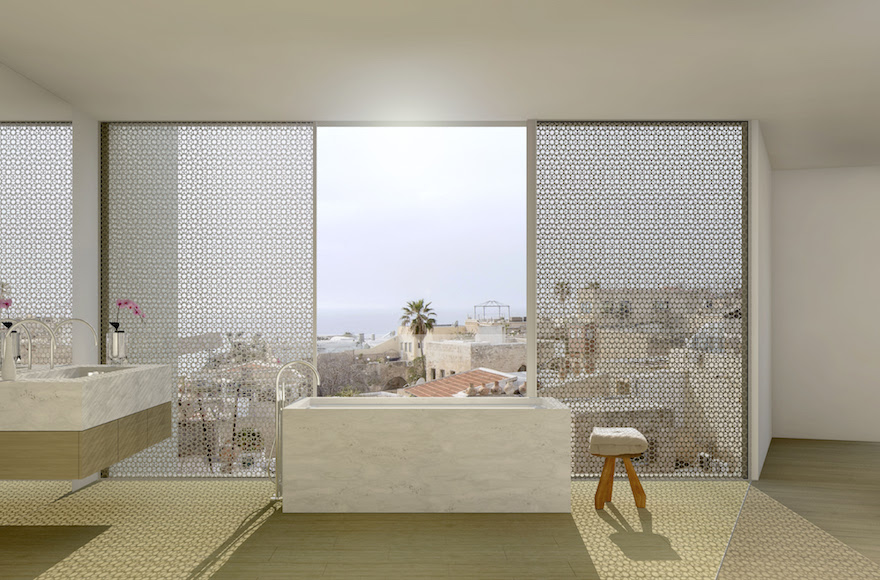 A rendering of the $41-million Penthouse at the W Tel Aviv. (Courtesy RFR Holding)
Advertisement

Are your many millions burning a hole in your pocket? Here’s a new place to park it: A $41 million top-floor apartment is now up for grabs in Jaffa, Tel Aviv. It’s allegedly the most expensive penthouse currently on the market in Israel.

The penthouse at the W Tel Aviv Hotel, as the pad is called, boasts more than 16,000 square feet of living space. It has a 786-square-foot terrace and expansive views of the city, the ancient Jaffa Port and the Mediterranean Sea. It sits atop the W Tel Aviv, a conversion of 19th-century buildings that were once home to Jaffa’s French Hospital.

In recent years, Tel Aviv has experienced an unprecedented real estate boom. Housing prices in Tel Aviv have increased by 84% since 2008 — rising more than 10 percent over the past year, according to a September story from the Wall Street Journal that cited Israel’s Central Bureau of Statistics.

READ: Why are non-Jewish celebrities buying real estate in Israel?

“Tel Aviv developers have been raising their game with bigger, more luxurious buildings,” the article states.

The residences at the W Tel Aviv comprise 38 units; buyers have access to amenities at the adjacent W Hotel, including a gourmet restaurant and lounge, “the city’s hottest poolside scene” and an “exclusive” beach club, according to the marketing materials.

The project is designed by British architect John Pawson (in collaboration with Israeli architect Ramy Gill), who has merged his “minimalist style” with the building’s “incredible heritage” to create “an exceptionally atmospheric space.”

The project is being developed by Aby Rosen’s RFR Holding; the unit is expected to be delivered in the fall of 2016 and can be customized to the lucky buyer’s taste.