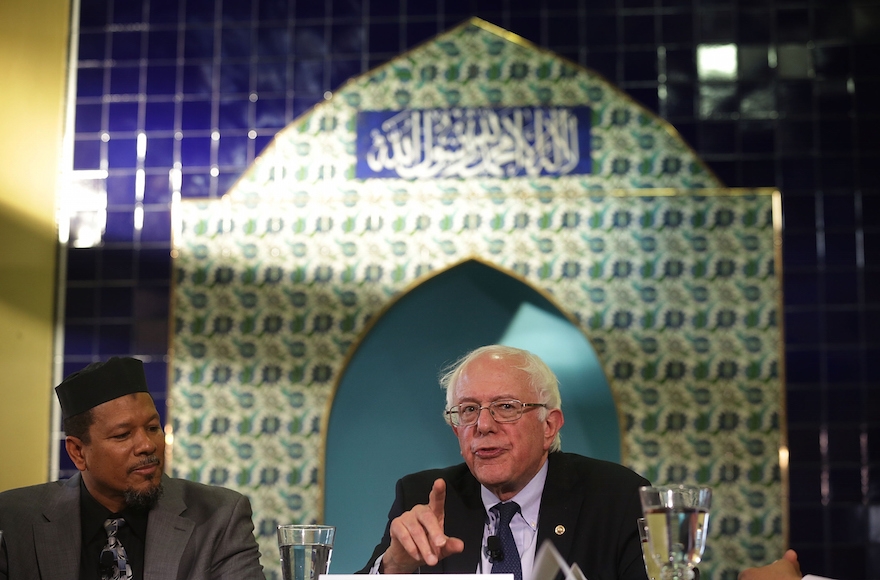 (JTA) — Bernie Sanders referenced the Holocaust and condemned Republican candidate Donald Trump’s “anti-Muslim rhetoric and hatred” in a visit to a Washington mosque.

Sanders, the Democratic presidential hopeful and Vermont senator, participated in a roundtable discussion with Muslim, Christian and Jewish leaders at the Masjid Muhammmed mosque on Wednesday, the Washington Post reported.

“We must never forget what happened under the racist ideology of the Nazis, which led to the deaths of millions and millions of people, including family members of mine,” Sanders said at the northwest Washington mosque, which calls itself “the nation’s mosque.”

Rep. Keith Ellison, D-Minn., one of two Muslims in Congress, has endorsed Sanders and appeared with him at the mosque on Wednesday.