Why I’m moving my family to Israel despite the violence 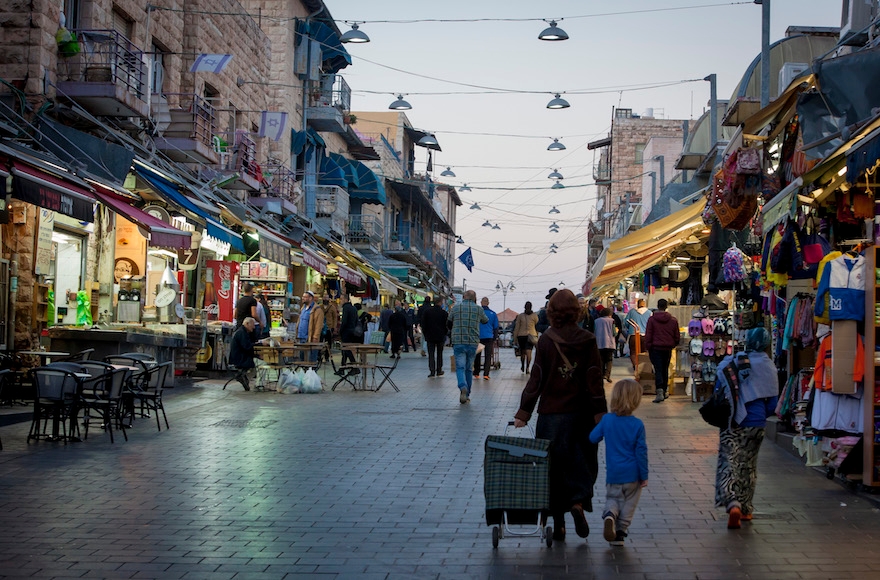 Pedestrians at the Mahane Yehuda market — one of the writer's favorite spots in Jerusalem — on the day of a stabbing attack, Nov. 23, 2015. (Esther Rubyan/Flash90)
Advertisement

(JTA) — I can tell that some friends and relatives think my decision to move my family to Israel for a year is, well, questionable. “So you’re really gonna do this?” one friend asked recently over coffee, eyes widening.

My father suggested over the phone that we might consider somewhere in the country less “tense” than Jerusalem — Tel Aviv, perhaps?

Other than that I’m transplanting my family — uprooting my young children from the familiar comforts of their home and dropping them into a new culture and language — what concerns my loved ones about the move is, of course, the security situation in Israel. And while I understand their worries, and to some extent share them, I’ve mostly been able to shrug them off.

Until last month, that is. My husband and I skipped Thanksgiving turkey and instead spent a few days in Jerusalem, planning our upcoming move for his sabbatical year. One of the perks of his job as a tenured professor is that he can take a year to do research wherever he wants.

Years ago, we agreed that if and when the time came, we’d spend the year in Israel. It wasn’t hard to settle on Jerusalem; it’s my favorite city in Israel, maybe even in the world. It has something to do with the way the sun hits the Jerusalem stone, casting the whole city in a golden light.

Exciting as it was to discuss our plans back then, they felt hypothetical, far off, more like dreams. But fast-forward a few years, and there we were, transforming them into reality.

We arrived amid a surge of violence in Israel, and I worried I might find a country fraught with tension, people looking over their shoulder at every turn. But it was the same country I remembered from my summers as a teenager — the same open-hearted people, the same buzzing energy, the same golden light.

A couple days into our trip, over breakfast at our hotel, I opened the newspaper and read that there had been a stabbing at the Mahane Yedudah market the day before. Two Palestinian teenage girls had chased market-goers with scissors, and one of them stabbed a Palestinian man she mistook for an Israeli. Police shot the attackers, one of them fatally.

Many of the attacks I’d read about in the previous weeks had taken place in the West Bank, an area that, I comforted myself, I would likely never visit. But this attack happened somewhere I’d been several times before. In fact, I’d been looking forward to visiting the market on my current trip. It’s one of the places I love most in Jerusalem — stalls overflowing with colorful spices and every kind of fruit and vegetable imaginable, customers haggling loudly with vendors, old ladies with kerchief-covered heads buying ingredients for the Sabbath meal, bumping up against secular teenagers and Arab men.

It was easier to see the other terrorist attacks as entirely separate from me, horrible as they were. They’d mostly happened in areas that felt remote and foreign, so I could rationalize that they’d happened to “others,” people completely unlike me. But when the market attack happened — while I was in the city, no less — it was harder for me to brush off. 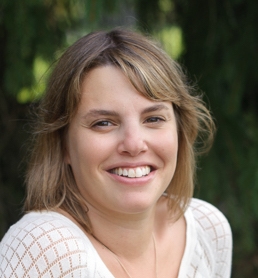 Jennifer Richler (Courtesy of the author)

Since then, there have been other incidents in central Jerusalem that have left me similarly unsettled. Just the other day, an man from Hebron plowed his car into a group of civilians waiting at a bus stop, injuring 14 people, including an 18-month-old whose leg had to be amputated.

That last detail rattled me the most. It’s one thing to take risks as an individual, but another thing to do so as a parent. Was I really going to bring my two young children to live in a city where things like this happen?

The answer is yes. As we’ve been reminded by the horrible attacks in Paris and San Bernardino, California — not to mention many others in recent months — bad things can happen anywhere. We are never entirely safe, even if we’d like to think we are.

In fact, an Israeli friend who has lived in the U.S. for many years said her relatives back home wonder how she can live in Chicago, with all its gang violence and shootings.

An American friend who moved to Israel argued that Chicago is probably more dangerous than Israel. This past July Fourth weekend, for example, 10 people were killed and many more injured in a shooting there. “Would that stop you from going to Chicago?” she asked. Of course not, I thought to myself. So why should it be different in Israel?

Still, she acknowledged that she isn’t always rational when deciding what is and isn’t safe in Israel. After a suicide bomber blew up a bus in Jerusalem a few years ago, she stopped letting her kids take that bus for a while. She makes decisions on a case-by-case basis — “there’s no rule of thumb,” she said.

That’s hard for me — I like rules. But, with the move, I’m realizing I’ll have to surrender some of my need for control. There’s only so much I can do. I can pick the schools that seem best suited to my children, I can find the “perfect” apartment, but I know that much of what happens once we move is out of my control. That’s true for everything from the mundane — Jerusalem’s supermarkets might not stock our favorite cereal — to the catastrophic.

Instead of worrying about these what-ifs, I’m trying to focus on the reasons we’re choosing to live in Israel. Over the years, my husband and I developed a deep love for the country. For my husband, living on a kibbutz for a year during high school was a formative experience. For me, it was summers spent teaching English to children in underprivileged Israeli communities. We want to instill that connection to Israel in our children while they’re still young.

We also want them to delight, as we do, in Israeli culture: the language, the food and, above all, the people. Yes, the people — who are in always in your business, always giving you their opinions, but in the warmest possible way. Like the concierge at the Jerusalem hotel where we stayed, who offered us the use of his mobile phone when my husband asked about the price of a local call. (“Too expensive,” he cautioned.) Or the construction worker who saw my husband and I chatting on a sweltering street corner and suggested we’d be more comfortable sitting on a shady bench nearby. Israelis are people who always have your back.

Yes, we could appreciate the pleasures of Israeli life by visiting, but when we have the chance to spend a year living wherever we want, why would we choose anywhere but our favorite country?

Since returning from our Thanksgiving trip, I’ve found that my once blurry images of our lives in Israel are starting to come into focus. I like the way they look: my kids, tanned from all that time in the sun, licking ice cream cones from the shop on the corner; my husband and I enjoying a leisurely hour together at the neighborhood café on Friday morning before picking the kids up from school. I know there will be hard times too, probably even scary times. But we’ll get through them, just like Israelis do.

(Jennifer Richler is a freelance writer living in Bloomington, Indiana)