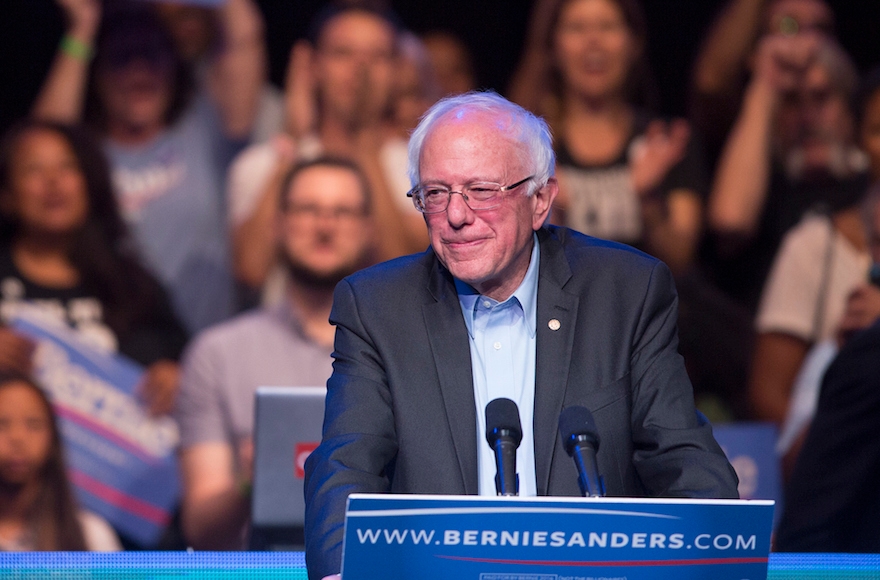 The Democratic National Committee, which is the party’s governing body, recently informed the campaign of Sanders, a hopeful in next year’s Democratic Party presidential primaries, of the temporary ban, The New York Times reported Friday.

Jeff Weaver, the Vermont senator’s campaign manager, acknowledged that a low-level staffer had viewed the information but blamed a software vendor hired by the party for a glitch that allowed access, according to a report Thursday by The Washington Post.

Weaver said one Sanders staffer was fired over the incident.

The database now inaccessible to Sanders’ campaign includes information from voters across the nation and is used by campaigns to set strategy, especially in the early voting states.

Sanders, who is Jewish, is trailing in polls behind Clinton, a former New York senator, secretary of state and first lady.

A Monmouth University Polling Institute survey conducted this week gave Clinton a 33-point lead over Sanders, with nearly three-quarters of Democrats reporting a favorable opinion of Clinton. She received 59 percent support in that poll compared to Sanders’ 26 percent.