For ex-baseball players, Israel a place to learn and teach 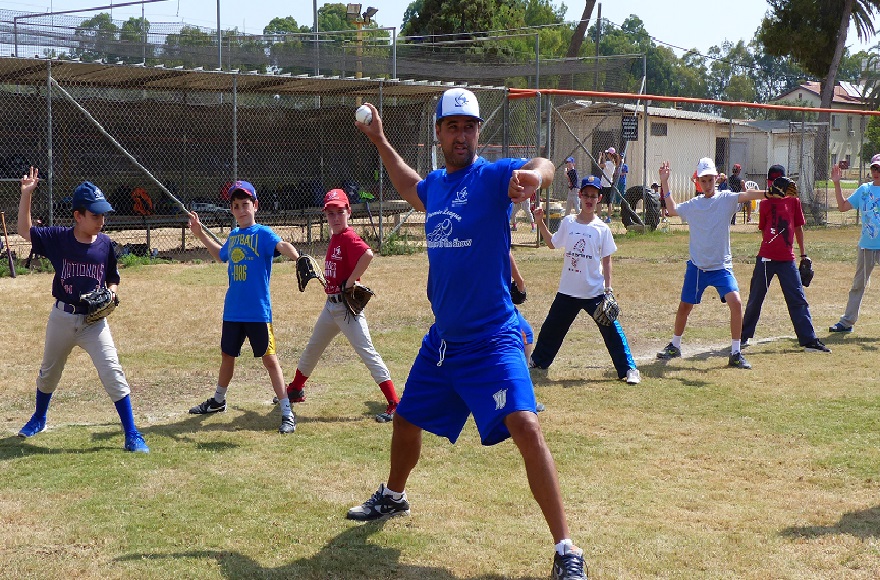 (JTA) – Out of baseball after four years playing in the minor leagues, Brent Powers, a Christian from Texas, took a tour of Israel last year with his wife. He was smitten with the country and considered how to return.

The Masa Israel Journey will provide his path.

Powers and about a dozen American college players will be part of the group’s five-month, baseball-themed program launching in January. Israel’s baseball czar figures their expertise will do wonders for a sport that is growing in popularity, but remains a niche sport in a country where soccer and basketball reign.

Masa provides an internship-like framework that encourages young Jewish professionals from the Diaspora to experience Israel from the inside. Masa now encompasses some 250 professions.

Along with Hebrew-language classes and trips, the baseball players, like Masa participants generally, will work in their professions and interact in depth with their Israeli counterparts: coaching at Israel’s new baseball academy, playing in an adult league and teaching the sport to elementary-school children.

Israel Association of Baseball director Nate Fish believes his organization’s partnership with Masa “can really revolutionize” the level of play in Israel. Now, he says, coaching in Israeli youth and adult leagues is handled by parents and other untrained volunteers.

“If you have 10-20 college players coming in, and put two to three on each team, the level of play goes up,” Fish said of the adult league. “And when we send them to the communities to coach once a week, it gives the little kids some real baseball role models. You’ll get better practices. There’s no substitute for that.”

The visitors will gain, too, because “it gives them an opportunity to start their coaching careers,” he said.

The program is spreading by word of mouth, and Fish says he plans to more actively recruit future cohorts by appealing to their sense of sports adventure and career aspirations. 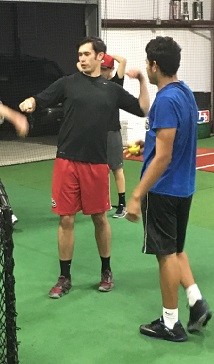 In Israel, ex-minor leaguer Brent Powers, in black shirt, will convey his pitching knowledge to aspiring players, as he does here at a Houston academy. (Courtesy of Brent Powers)

That’s what reeled in Powers, who had pitched in the minors from 2011 to 2014 for the Oakland Athletics and Toronto Blue Jays. Three teammates from the Athletics’ team in Burlington, Vermont, in 2012 played for Israel in that autumn’s World Baseball Classic qualifiers and connected him to Fish, a coach on the club.

When Fish tweeted early this year about the Masa launch, Powers said, “Whoa – that’s exactly what I want to do.”

In Israel, “I really look forward to working with the kids,” said Powers, who coaches youth in a Houston program.

Joshua Scharff, an outfielder and pitcher for Yale University before graduating in 2013, has been in Israel working with the program since September and awaits the arrival of his American colleagues. He had enjoyed the pro-Israel advocacy work he did in Boston, but left for the baseball calling.

“My heart is here, so when I found something that combined the two things I love the most – baseball and Israel – I jumped at the opportunity,” Scharff said from his apartment in Tel Aviv.

To add heft to the program, Masa recruited former major league outfielders Art Shamsky and Shawn Green, both of them Jewish, as spokesmen and might bring them to Israel to lead clinics.

Masa officials see their initiatives in lacrosse – which launched a year ago – and baseball as providing Israel with a stream of talented athletes from overseas who will inject their experience locally. Accomplished players in such sports as soccer, American football, basketball, swimming and the triathlon could soon find opportunities to ply their trade in Israel. Scholarships and grants scaled to each athlete’s experience and ability help reduce the $9,400 per person fee.

The organization also aspires to take the athletic program beyond the field of play to include those working in coaching and sports management – even sports writing.

“We always aim to have a large number of opportunities for professionals to come to Israel and enhance their careers,” said Freda Surki, Masa’s director of development and organizer relations. “We realized that sports portfolios didn’t really exist, and thought that this would be a great opportunity.”

The new baseball track comes as the Israel Association of Baseball is forming a team to compete next September in the WBC’s qualifying round in Brooklyn, New York.

“The timing couldn’t be better,” Green said. “The better the [Israeli] team does in the qualifiers, the more that momentum kicks in … to help grow baseball in a country with a contingent of fans. It’s the right way to do it.”

Much of the seed money is coming from Andy Bloch, a Northern California resident who says he plans to persuade Jewish owners of Major League Baseball clubs to become involved and contribute financially, too.

While the program might “take awhile” to become entrenched and to draw ever-more accomplished players to Israel to play and to coach, Bloch says, the effort will bear fruit as a greater mass of talented homegrown ballplayers develops.

“It’s a great opportunity for Israel and for the players,” he said.

That’s just how Powers sees it.

Like in many Jewish families, Powers had a parental influence pushing him to visit Israel – his father, also a Christian, had been to the country several times for work.

By program’s end, Powers said, “I’ll have a phone book full of friends.”