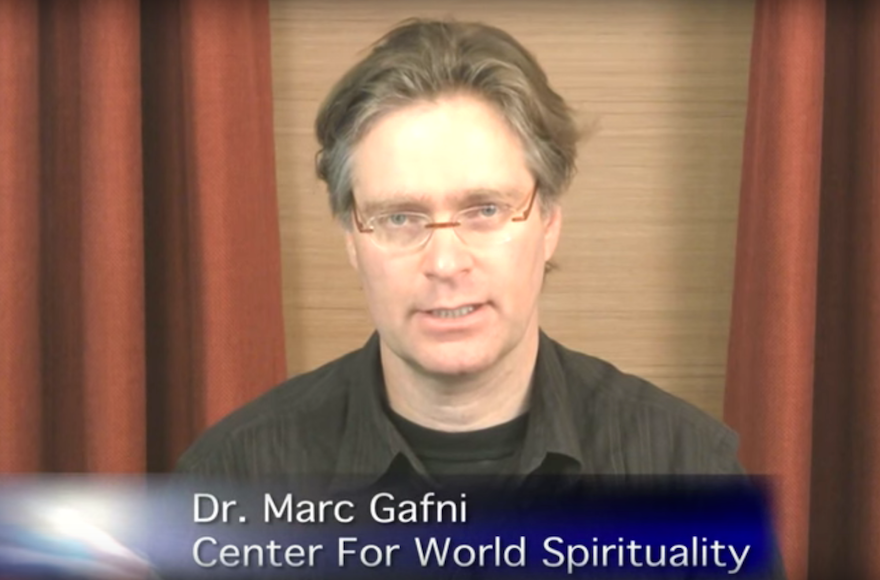 Former Orthodox rabbi Marc Gafni — accused decades ago of sexually assaulting a 13-year-old girl — rocketed back into the news last weekend in a feature story in The New York Times.

Times reporter Mark Oppenheimer explains that Gafni has moved on from his troubled past to found the Center for Integral Wisdom. The think tank’s projects include retreats, workshops and lectures on self-help and mindfulness topics — all “drawn from the worlds of medicine, yoga, meditation and the business-ethics movement known as ‘conscious capitalism,’” Oppenheimer writes.

Gafni, 55, born Mordechai Winiarz, was accused of repeatedly molesting a 13-year-old girl over a nine-month period beginning in 1980. He disputed the allegations to the Jewish Week in 2004, saying: “She was 14 going on 35, and I never forced her.”

In 1986, 16-year-old Judy Mitzner accused Gafni of climbing into bed with her naked, while she was staying with him and his wife. Gafni has disclaimed his acknowledgement in 2006 that he had a “sickness.”

In 1988, Gafni moved to Israel, where he changed his name and started Bayit Hadash, a “community that held classes and weekend retreats focused on mysticism,” according to Oppenheimer. The movement disbanded in 2006 after several women in the group learned he was sleeping with the others.

Having published several print and audio books, Gafni has garnered praise from the likes of Whole Foods CEO John Mackey.

What The Times article does not offer is any detail about the content of Gafni’s new ideology. Fortunately, Gafni’s website offers a broad selection of the New Age guru’s ideas in print and video form — including several passages on eroticism that would make a lesser alleged sex offender blush.

Here are four declarations from the site:

2. Two of his friends compare the sexual assault accusations against him to anti-Semitism

Gafni first started his website in part to challenge the claims against him, and an entire section is devoted to defending his reputation. It is introduced with the phrase: “If you have heard of troubling stories on the internet about Marc Gafni, this page is for you.”

“The evidence makes it abundantly clear that the horrendous claims made about Marc on what can only be described as Internet vendetta or hate sites hidden beneath the fig leaf of victim advocacy, are without a shred of truth,” write fellow spiritual leaders Sally Kempton and Ken Wilber. “To even need say this is in some sense offensive. It is somewhat like a Jewish person needing to deny anti – Semitic claims on a neo Nazi site.”

3. He has written an entire book on tears

“Tears are the story of your life, the story of my life,” Gafni says. “Your life is the evolution of your tears. What would it mean to keep a tears journal, the times that you cried and begin to be able to hear the voice of your tears? We wrote an entire book on integral religion and your own path to waking up, growing up, showing up, which is the path of your tears.”