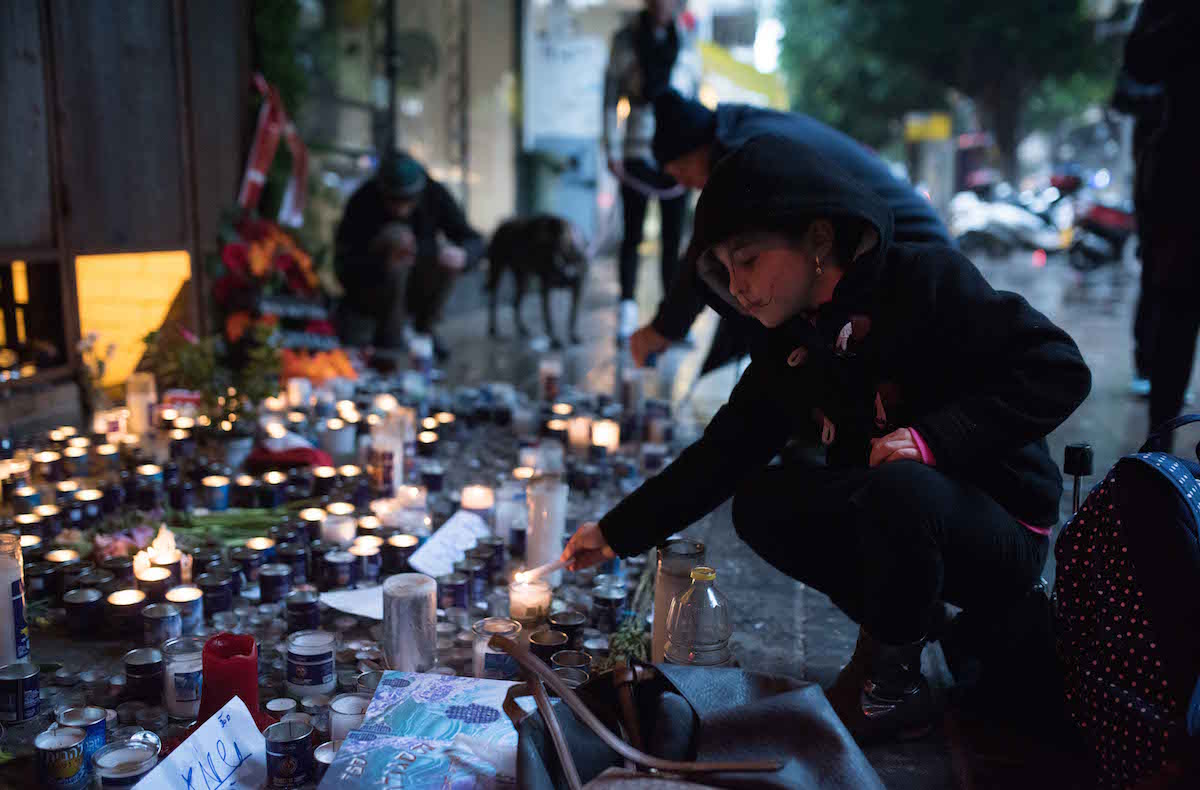 Israelis outside the Tel Aviv pub where two people were killed on Jan. 1. (Ben Kelmer/Flash90)
Advertisement

TEL AVIV (JTA) — Until Friday, this city had been largely untouched by the recent wave of near-daily attacks by Palestinians on Israeli civilians.

Several incidents had struck Tel Aviv — a soldier was stabbed with a screwdriver outside Israel Defense Forces headquarters in October and, the following month, two Israelis were killed in a stabbing attack at an office building. But its residents had largely been spared the stabbing and car-ramming attacks centered in Jerusalem and the West Bank.

On Friday, however, the so-called Tel Aviv bubble was definitively punctured when a gunman opened fire on Dizengoff Street, one of the busiest arteries in the city and a popular hangout for both locals and tourists. The shooting spree began at the crowded Simta Bar, where young Israelis were gathered for a birthday party, then continued at a restaurant next door before ending at the bustling Sidewalk Cafe.

The suspected gunman, a 31-year-old Arab-Israeli citizen named Nashat Milhem, killed two people — Alon Bakal, 26, and Shimon Ruimi, 30 — and wounded seven others before fleeing the scene. On Sunday, Israeli media reported that police now believe Milhem was also responsible for the murder of Amin Shaaban, an Arab-Israeli taxi driver whose body was discovered an hour after the Dizengoff shooting.

Since the shooting, Tel Aviv has been cloaked in a gloomy silence. Milhem’s escape has triggered an unprecedented manhunt, with thousands of security personnel combing the city looking for him. On Friday night, normally packed cafes and bars were eerily empty. The usual lines outside popular nightclubs were missing. Police patrols were on nearly every street, and many residents stayed home with their doors locked, fearful of the gunman on the loose.

When schools reopened Sunday, many parents chose to keep their kids at home, despite an increase in security across the city.

“Something definitely changed in the Tel Aviv bubble,” said Arik Rudnitszky of Tel Aviv University’s Konrad Adenauer Program for Jewish-Arab Cooperation. “Maybe now we’re in the reality that Jerusalem has lived in since October.” 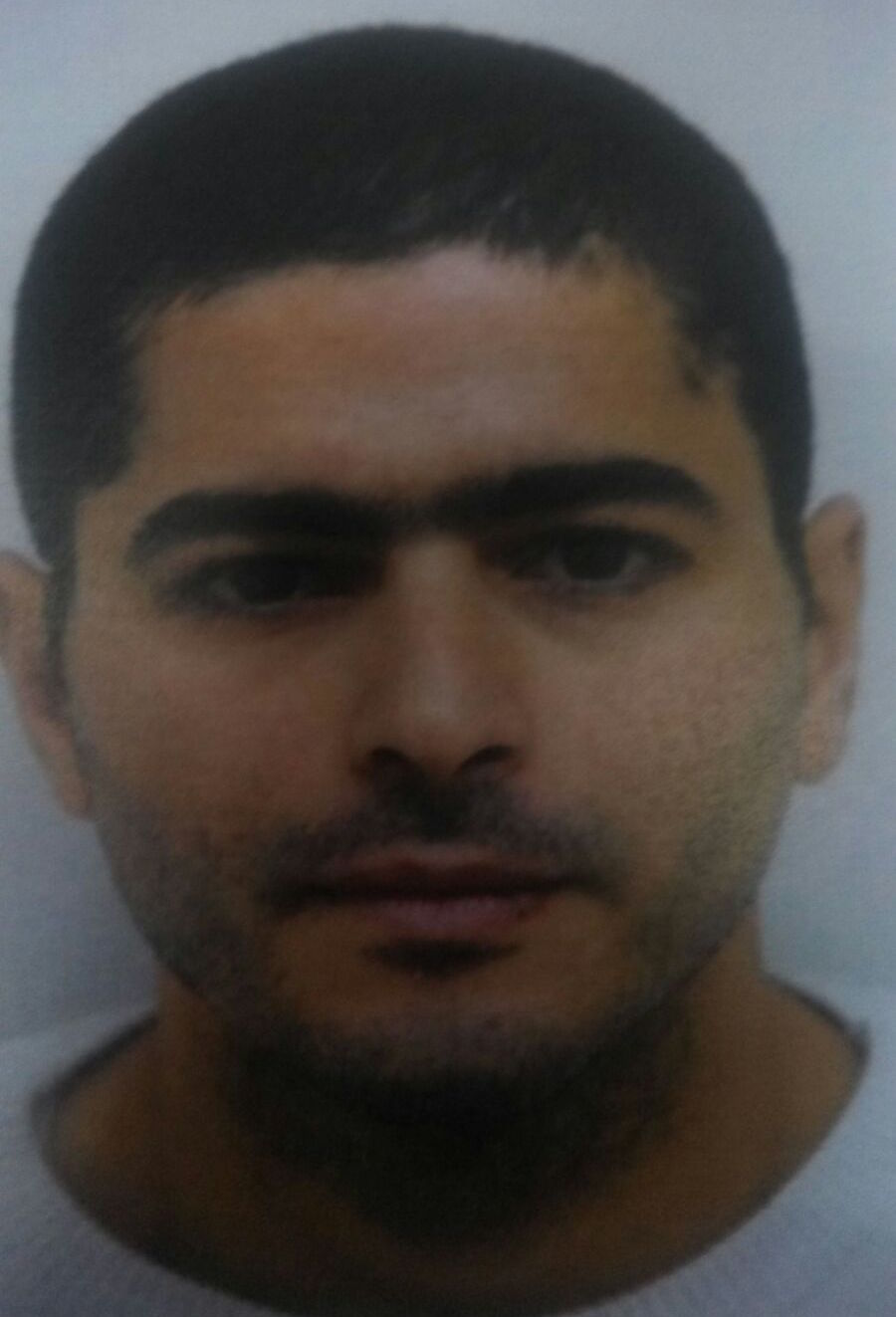 Maya Dratwa was having lunch at the Sidewalk Cafe with her husband and two young children when the shooter began firing on patrons there. With her 3-year-old son in his stroller and her 5-year-old daughter in her arms, Dratwa crouched under the table as chaos erupted.

“Everyone was screaming, and everything fell on top of us — our food, our tea,” Dratwa recalled Sunday, saying she was still in shock.

Saturday was her 31st birthday, but instead of celebrating as planned, she stayed home with her family.

“I was too afraid,” Dratwa said. “I never expected this would happen here.”

While Israel has faced constant terror attacks since October, nearly everything about the Dizengoff shooting was unique. The seemingly random targeting of bar patrons hearkened back to earlier waves of terrorism that aimed to inflict mass casualties on buses and other places of public gathering. Mira Marcus, the Tel Aviv municipality spokeswoman, said there has never been a manhunt for a terrorist in Tel Aviv.

The fact that Milhem escaped, rather than embracing martyrdom as many terrorists do, was a surprise to security experts, who note that terrorists often seek to inflict as much damage as possible until they are stopped by force. Police believe that after Milhem fled on foot, he hailed a cab to northern Tel Aviv driven by Shaaban. He is then believed to have driven the taxi to Namir Road, a major thoroughfare in the area, and left it near a bus stop.

Milhem’s sophistication also sets him apart. In security footage released hours after the attack, he was seen entering a health food store and using a plastic bag to pick up some nuts. He placed the nuts back but kept the bag, apparently to protect his hand from leaving fingerprints on his gun.

A former Shin Bet official who spoke on condition of anonymity said it was possible the attacker was inspired by ISIS.

“There are a few dozen Arab citizens of Israel who’ve joined ISIS in Iraq and Syria, and there are dozens of others who support these ideas,” the official told JTA. “These ideas cross borders. We see it in Europe and can see it anywhere, and there’s no doubt we’ll see it in Israel, too.”

Israeli media reported that the gun was stolen from his father, a volunteer with the Israeli police, who identified Milhem as the gunman after seeing the health food store footage on television. Over the weekend, security officials seized the family’s computers, arrested the suspect’s brother on suspicion of aiding and abetting, and have maintained a heavy presence in Arara, the northern Israeli Arab village where Milhem lived.

According to news reports, Milhem was arrested in 2007 for stabbing a soldier with a screwdriver and served five years in jail. His cousin was killed in an Israeli police raid in 2006. Several family members told Israeli news outlets that he exhibited signs of mental illness.