At 92, Shimon Peres is very much alive — and busy as ever 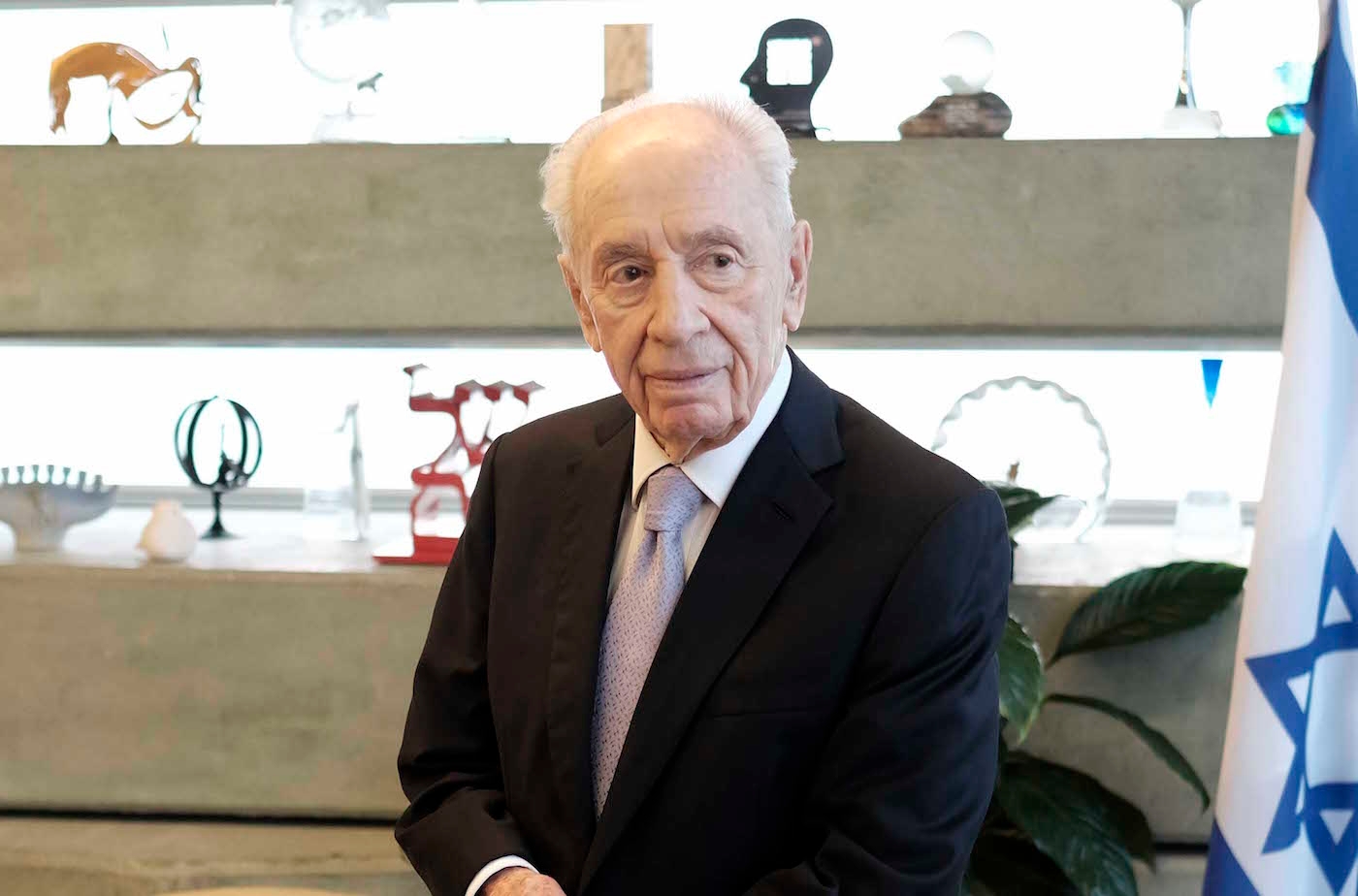 “I wish to thank the citizens of Israel for the support, concern and interest, and wish to clarify that the rumors are false,” wrote Peres, a Nobel Prize winner. “I’m continuing with my daily schedule as usual to do whatever I can to assist The State of Israel and its citizens.”

Having fought for Israel before the state even existed, leading its military through its formative years and founding two of the nation’s first kibbutzim, Peres, now 92, is the last man standing from the generation that built Israel. Appointed director general of the Defense Ministry in 1953 at the age of 29, Peres’ political career has spanned seven decades, ending just over a year ago with the conclusion of his seven-year stint as president.

Speaking to JTA from the Peres Center for Peace, the nonprofit he founded in 1996 to promote coexistence, Peres discussed why he’s busier than ever — and why he still hasn’t given up on peace.

JTA: It’s been over a year since you left politics. How do you fill your days now?

Peres: The Peres Center for Peace is working for peace and innovation all over the world. The center is already 20 years old and it has a brilliant record. One of our programs is called Saving Children. I found out that there were 2,000 Palestinian children wounded during the intifada. We decided to bring all of them to Jerusalem and all of them were cured. Once that was done, other parents of Palestinian children came to us and said, ‘My child wasn’t wounded in the war, but he has a problem with his heart or his brain. Please help us.’ So our record now is 11,000 children cured in hospitals in Jerusalem on our account.

Two months ago marked 20 years since the murder of Yitzhak Rabin. If you could speak to him now, what do you think he would say about the state of Israel today?

We would continue to do what we did. We started making peace. We started with Jordan, made peace with Jordan. We made peace with the Egyptians, and we started with the Palestinians. It wasn’t completed, but we must continue to do the same thing. I think that our security, well-being and our Jewish character demands peace. If we will not achieve peace, we will always be engaged in war and terror. And I think it’s possible. I think we can achieve peace.

In spite of the terror attacks, we shouldn’t lower our efforts to make peace. You cannot answer a knife with a knife. I don’t think we can live if we continue just trying to destroy each other. Many Arabs understand this, too, and we see it now. For many years the Arab attitude was reflected in the Khartoum Resolution, naming three laws: not to recognize Israel, not to negotiate with Israel and not to make peace with Israel. That’s over. Now there are Arab peace projects. There’s a Saudi project, there’s an Arab League project. They’re talking about peace and that’s a major change. Maybe their plans are not exactly what we are seeking, but it’s a big difference from being an organized refusal to making peace with Israel, to an attempt to see how to bridge the divide.

Does Israel have a partner for peace?

We do have a partner. But we have to decide — do we want a partner for peace or a partner for war? I’m speaking about Abu Mazen [Palestinian Authority President Mahmoud Abbas]. He talks about peace, he talks against terror. He doesn’t talk the Zionist language, but I don’t expect him to. He has in his police force 15,000 people and they in fact are fighting against terror.

Do you think Israel hasn’t done enough to take advantage of this partner for peace?

I’m not going to look at who to blame. I’m not interested in this. I’m more interested in seeing who to moralize for peace. I know peace is hard to achieve. I speak from experience. People come to me and say, ‘You’re right, we need to make peace. You’re right, we need to pay a price.’ But, they say, ‘Why are you paying so much? Why are you so naive to trust them so much?’

What do you think the rise in attacks by Arab-Israelis says about Israel today?

Israel was once a clear bipartisan issue in the United States, but there is some evidence today that Republicans are more likely to support Israel when its interests diverge from America’s. What could be done to change that?

I think we have to stick to the bipartisan support. We shouldn’t take sides in internal American issues. We have to appreciate that the U.S. friendship with Israel is bipartisan, so we cannot show an involvement in American politics, just as Americans are careful not to show involvement in Israeli politics.