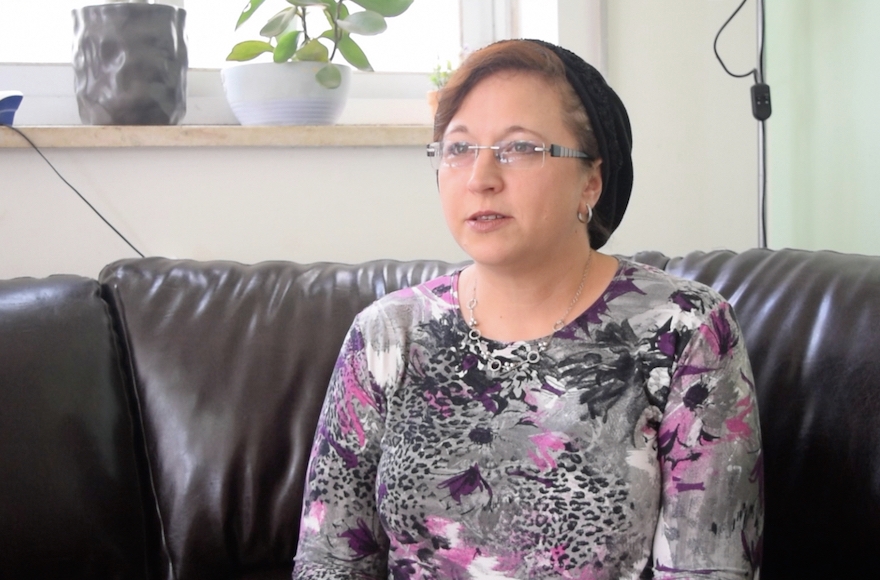 DAYTON, Ohio (Dayton Jewish Observer) — After more than eight years of waiting, an Israeli woman was freed from her marriage after an unprecedented campaign to pressure her husband to grant her a Jewish writ of divorce, or get.

Adina Porat’s former husband, now known as Eli Shur (he went by David Porat when the couple were married), signed the get in late December, nearly two months after the New York-based Organization for the Resolution of Agunot, or ORA, held a rally near Shur’s Dayton-area home to ramp up the pressure. The divorce became official on Jan. 7.

Agunot is the Hebrew term for so-called “chained women,” wives whose husbands refuse to grant them a religious divorce.

The New York organization, which pressures husbands that refuse to grant their wives religious divorces, launched a website featuring a video about Porat that was viewed more than 68,000 times. More than 80 demonstrators — primarily from Orthodox communities across Ohio and Michigan — showed up for the Nov. 8 rally near Shur’s home in Kettering. 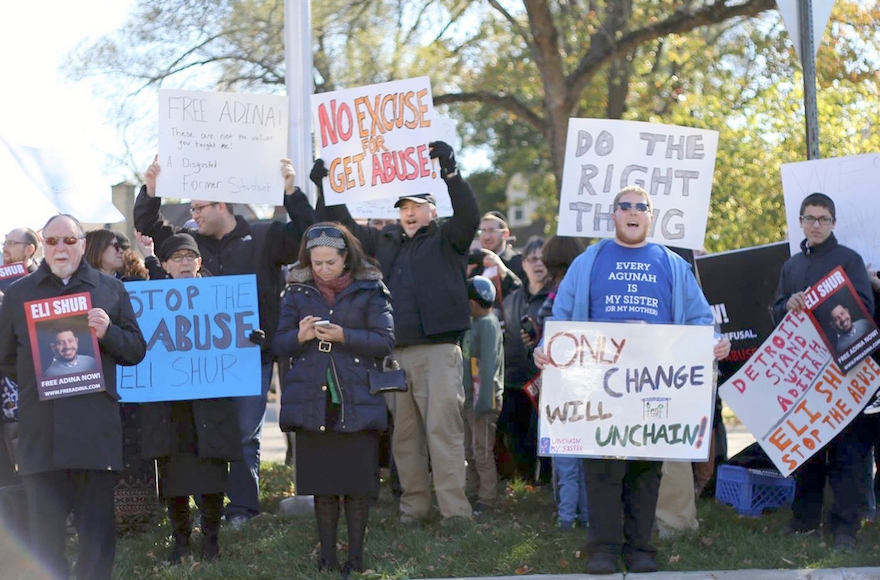 Though ORA has staged rallies and social media campaigns in the past, its executive director, Rabbi Jeremy Stern, said this was the first time the organization has produced a video as part of its strategy.

“The video that we created went viral on Facebook and YouTube, followed up by the rally, and all the publicity of the rally,” Stern said. “All of that pressure led to the issuance of the get.”

Stern said that as part of the settlement, the group took down the website and the video and promised not to rally against Shur.

“In my life, I’m stuck in a prison,” Adina Porat said in the video. “I can’t move on, I can’t continue. The kids never had a chance to have a stepfather, a new family, and to continue on with their lives.”

According to ORA, Shur and Porat were married in Israel in 1990. He left her and their children in 2007 but refused to provide a get. He departed Israel for the United States a year later.

In 2009, the Israeli Chief Rabbinate ruled that Shur was required to give his wife a get. The following year, Shur arrived in Dayton to serve as ritual director of Beth Jacob Congregation. He had presented himself as a single man with no children.

Nearly six months into his work at Beth Jacob, ORA volunteers showed up at one of his evening classes there and urged him to sign a get for his wife. He refused. In short order, Shur was no longer employed by the synagogue. He reportedly now works as a life coach in the Dayton area.

After Shur departed Beth Jacob, the Chicago Rabbinical Council confirmed the Israeli Rabbinate’s ruling that Shur was obligated to provide his wife with a get.

ORA currently has 70 active cases, Stern said. The group has held rallies since its founding in 2002, but began employing social media a few years ago. Stern said he anticipates ORA will employ the video tactic again.

The Porat case, Stern said, is the 253rd the group has resolved since its founding.

“We are elated,” Stern said. “And we are tremendously grateful to the hundreds, if not thousands of people who became active in this case — those who came to the rally and all the people who were involved in promoting this case.”