Republican debaters snipe at one another, Obama’s Iran policy 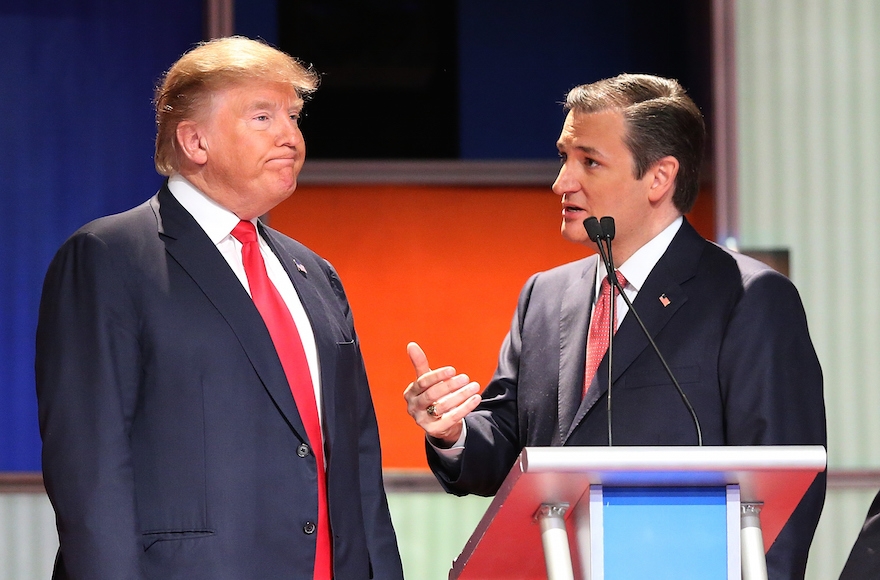 The debate Thursday night in Charleston, S.C., broadcast by the Fox Business Channel, was, as anticipated, a lively bout between 10 candidates eager to survive the primaries and caucuses, which start Feb. 1 in Iowa.

When candidates were not sniping at one another, they focused their criticism on Obama’s Iran policy, made fresh in recent days with headlines about the day-long detention of 10 American sailors whose vessels drifted into Iranian waters, and the imminent lifting of western sanctions against Iran as part of last year’s nuclear deal, which Republicans joined Israel’s government in opposing.

“Barack Obama does not believe that America is a great global power,” said Sen. Marco Rubio, R-Fla. “Barack Obama believes that America is a arrogant global power that needs to be cut down to size. And that’s how you get a foreign policy where we cut deals with our enemies like Iran and we betray our allies like Israel and we gut our military and we go around the world like he has done on 10 separate occasions and apologized for America.”

Donald Trump, the real estate magnate and reality TV star who has been leading in the polls, likened to Mafiosi the armed Iranian troops appearing in videos with the detained U.S. sailors.

Bush, like other candidates have repeatedly done, noted that Clinton, the front-runner among Democrats, was an architect of the Iran deal in her capacity as Obama’s first term secretary of state.

Bush also said he would move the U.S. embassy to Jerusalem, a promise his brother President George W. Bush made while campaigning in 2000 and never fulfilled.

Ben Carson, the retired neurosurgeon, said he would consult with Israel about profiling migrants for possible terrorist ties. “What we need to do is get a group of experts together, including people from other countries, some of our friends from Israel, who have had experience screening these people and come up with new guidelines for immigration, and for visas, for people who are coming into this country,” he said.

New to what has for months been a fierce contest was the open hostility between Trump and Cruz, who is catching up to Trump in polls.

Both men are competing for disaffected voters who say they are unhappy with the establishment. Until now, they have acted as allies — helping to organize a rally last summer against the sanctions relief for nuclear restrictions deal between Iran and six major powers.

Cruz, who was born in Canada to an American mother, slammed Trump for questioning his bona fides to run for the presidency. Trump, a New Yorker, raked Cruz over the coals for deriding Trump’s “New York values,” recalling the solidarity the nation showed with New York following the Sept. 11 terrorist attacks.