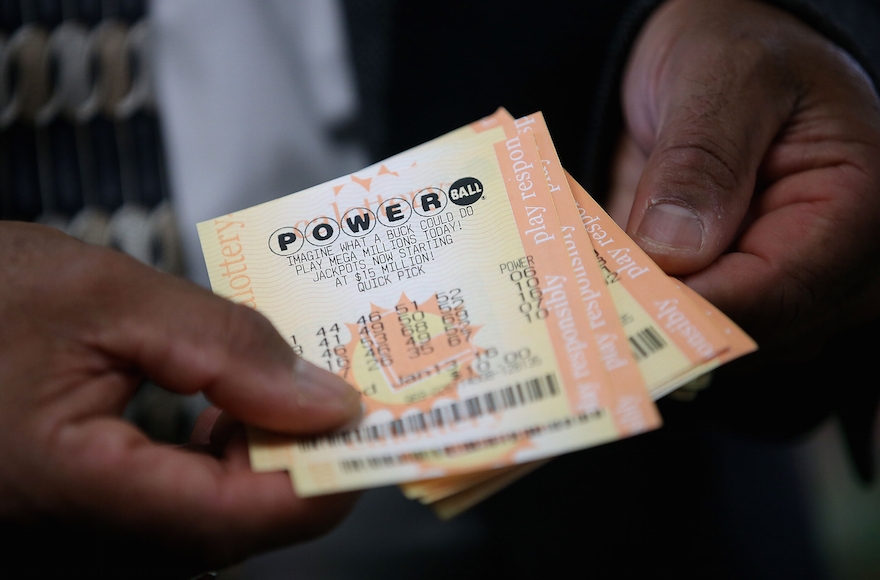 Stories of the lottery ruining lives have become almost cliche. Remember the character Hurley from the TV show “Lost,” who experiences continual bad luck after hitting it big or the real-life Florida janitor who was killed for his $17 million jackpot?

On Thursday, it was announced that three people have won a record-breaking $1.6 billion in a highly anticipated Powerball drawing. The winners reportedly bought their tickets at stores in Chino Hills, California, Melbourne Beach, Florida, and Munford, Tennessee. None of them has yet claimed the enormous winnings.

When they do, we will likely find out who they are. All but a handful of states require lottery winners to be publicly identified if they want to collect their cash — and California, Florida and Tennessee are among the majority.

In Israel, on the other hand, the lottery keeps the identities of its winners under wraps — despite having the right not to.

“[A]lthough we have this right, we have never exercised it because we understood the difficulties the winners could encounter in the period after their win. We provide details about the winner, but in a manner that doesn’t disclose their identity,” Dolin Melnik, then-spokesperson for Israel’s Mifal Hapayis lottery told Haaretz in 2009.

After all, Melnik said, “Israel is a very small country.”

Mifal Hapayis — the now state-run organization that oversees all legal gambling in Israel — goes so far as to provide masks to lottery winners so they can hide their identities in front of news cameras. The organization recommends concealing jewelry and other identifying markers on TV too.

Among Mifal Hapayis’s other suggestions: Go on vacation to a remote place and don’t answer your phone.

Still, there are good reasons lottery winners’ names are made public in the U.S.

Gary Grief, chairman of the Powerball committee (which is part of the Multi-State Lottery Association, a non-profit organization that coordinates the lotteries with states) told The Associated Press that disclosing the names of winners reinforces to the public that “real people do win and that those real people don’t work for the lottery or aren’t involved with lottery.”

Beyond appearances, announcing lottery winners may actually help keep the games honest. Last year, a man named Eddie Tipton who worked for the Multi-State Lottery Association, which runs Powerball among other games, was convicted of rigging a lottery in Iowa to the tune of millions of dollars. Iowa Lottery CEO Terry Rich told The AP that he was exposed because of the state’s policy of identifying winners.

So, in accordance with U.S. state laws and with the help of the media, the three latest Powerball winners should soon be very rich and very well known — including to jealous neighbors, hard-up family members and the criminally inclined.

In some ways, the U.S. is a very small country too.