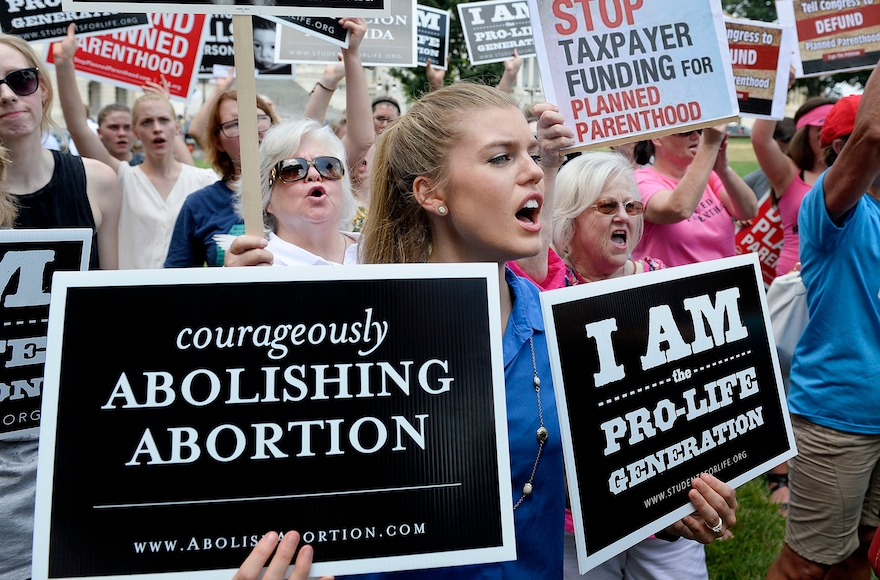 NEW YORK (JTA) — Forty-three years ago this week, the U.S. Supreme Court issued its landmark decision in Roe v. Wade protecting a woman’s right to abortion. Since the 2010 elections, a wave of state laws has aimed at restricting that right, closing clinics and harassing medical providers.

No less than 288 new laws have been passed across the country to make abortion access ever more difficult. They come with punitive regulations on clinics, impediments to those seeking abortions and nonsensical requirements on providers.

Despite strong public support for keeping abortion safe and legal, it seems there is always a politician ready and willing to say that an exception for rape or incest is still going too far.

The Texas law mandates that abortion clinics meet the same building, equipment and staffing standards as ambulatory surgical centers. It further requires doctors who perform abortions to have admitting privileges at a hospital within 30 miles of the clinic. If upheld, the law would wipe out 30 clinics across the state, leaving only 10, all concentrated in four metro areas.

Such laws do nothing to protect women’s health. They are intended only to restrict access. 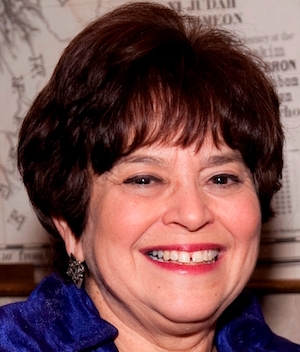 The Texas case, Whole Woman’s Health v. Cole, is the first major abortion case since Planned Parenthood v. Casey, the 1992 case in which the Supreme Court ruled that states can impose restrictions on abortion access as long as they do not impose an “undue burden” on the pregnant woman. But “undue burden” has been ill-defined.

The court could use the Texas case to take a drastic step backward from Casey, which already retreats from the promise of Roe. Or the court could even revisit Roe itself, since five of the justices have been hostile to Roe since before they joined the court.

Advocating for reproductive justice is one of the key initiatives of the National Council of Jewish Women. Bans on abortion coverage go against our values and the freedoms we cherish as American Jews, specifically the right to make family planning health care decisions based on an individual’s personal ethical and religious beliefs, regardless of income, type of health insurance or any other factor.

That’s why together with our coalition partners, we are supporting two bills in Congress that would seize the initiative by lifting federal bans that deny abortion coverage to those who get their health insurance through federal programs and by barring states from singling out abortion care and its providers for special regulation.

Introduced last summer, the Equal Access to Abortion Coverage in Health Insurance Act, or EACH Woman Act, would repeal the Hyde Amendment, which prevents federal health dollars, except in certain cases, from being used to fund abortions. The law would correct the injustice that makes access to abortion largely a function of access to money, which is itself linked to entrenched barriers including systemic racial inequality. Women of color, young people and immigrant women struggle the most to make ends meet and are most harmed by bans that deny abortion coverage to women enrolled in a federal health program.

The second bill, the Women’s Health Protection Act, addresses the dangerous phenomenon of TRAP laws and similar access barriers by banning regulations that place more burdensome requirements on abortion providers and patients than those imposed on similar medical procedures. These policies do not significantly advance women’s health or safety, and make abortion more difficult to access.

In real terms, this means prohibiting policies that mandate arbitrary, medically unnecessary procedures such as ultrasounds or extra doctor’s visits, as well as those that ban medication abortion or are intended to close clinics. As with federal bans on coverage, TRAP restrictions fall hardest on low-wage women, women of color, immigrant women and women living in rural areas who already face health care access barriers.

Those who care about safeguarding women’s health and believe in our right to make personal decisions without political interference can help build momentum in support of these critical measures by educating others and urging Congress to act.

For decades, abortion opponents have cited religious faith as the grounds for restrictions that deny women the ability to make decisions surrounding pregnancy. These laws would help restore moral agency to every woman and ensure that no matter her income or insurance status, she can make reproductive health care decisions according to her own faith or values.

The legacy of Roe, summarized in the majority opinion of Justice Harry Blackmun, was to resolve the debate around abortion access “by constitutional measurement, free of emotion and of predilection.” To make those decisions, a woman must have unfettered, affordable access to the care she needs.

Policymakers ought not put a hand on the scale that has the effect — indeed, the intention — of depriving any woman of her ability to make that constitutionally guaranteed decision for herself.

(Nancy K. Kaufman is the chief executive officer of the National Council of Jewish Women, a grassroots organization inspired by Jewish values that strives to advance social and economic justice for women, children and families.)