Trump pledges to move US Embassy to Jerusalem 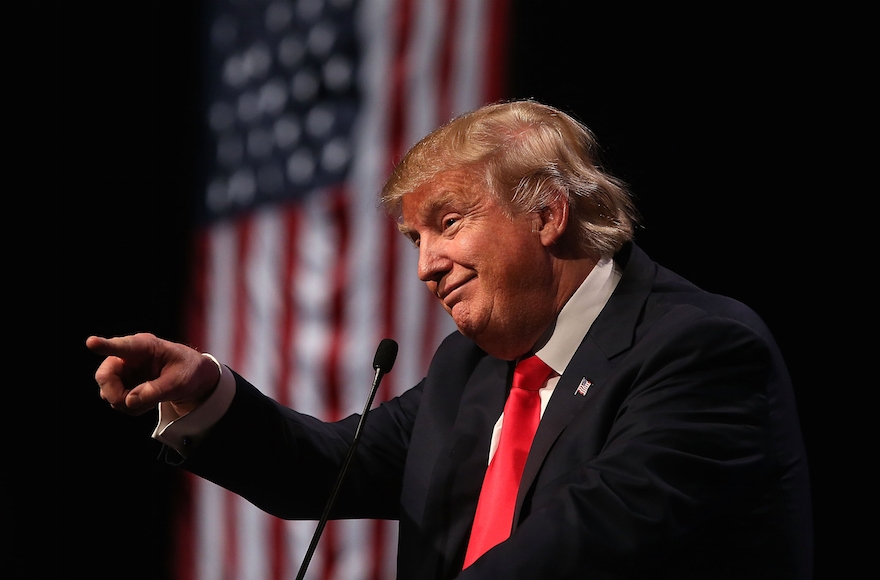 WASHINGTON (JTA) — Donald Trump said he would move the U.S. Embassy to Jerusalem.

David Brody, the CBN journalist, had asked Trump whether he agreed with GOP rivals, including Sens. Ted Cruz, R-Texas, and Marco Rubio, R-Fla., who have pledged to move the embassy from Tel Aviv to Jerusalem once elected.

Trump’s agreement seemed to be an about-face from remarks in December at the Republican Jewish Coalition, when the real estate magnate refused to commit to recognizing Jerusalem as Israel’s undivided capital.

Speaking over boos at that event, Trump said it was foolish to harden positions ahead of talks.

“You can’t go in with the attitude ‘we’re gonna shove it down your,’ you’ve got to go in and get it and do and do it nicely, so that everybody’s happy,” he said there.

Congress passed a law in 1995 mandating the move of the embassy to Jerusalem, but allowed the president a waiver. Each president since then has routinely exercised the waiver, citing the national security interests of the United States.

Trump, who also drew boos at the RJC event for suggesting Israelis and Palestinians were equally culpable for the collapse of the peace process, told Brody evangelicals should know he would be good for Israel.

Calling President Barack Obama “the worst thing that has ever happened to Israel” for negotiating the recent Iran-nuclear deal, Trump pledged loyalty to Israel.

“I will be very good to Israel,” he said. “People know that. I have so many friends from Israel. I have won so many awards from Israel. I was even the grand marshal for the Israeli Day Parade a few years ago. So I will back Israel.”