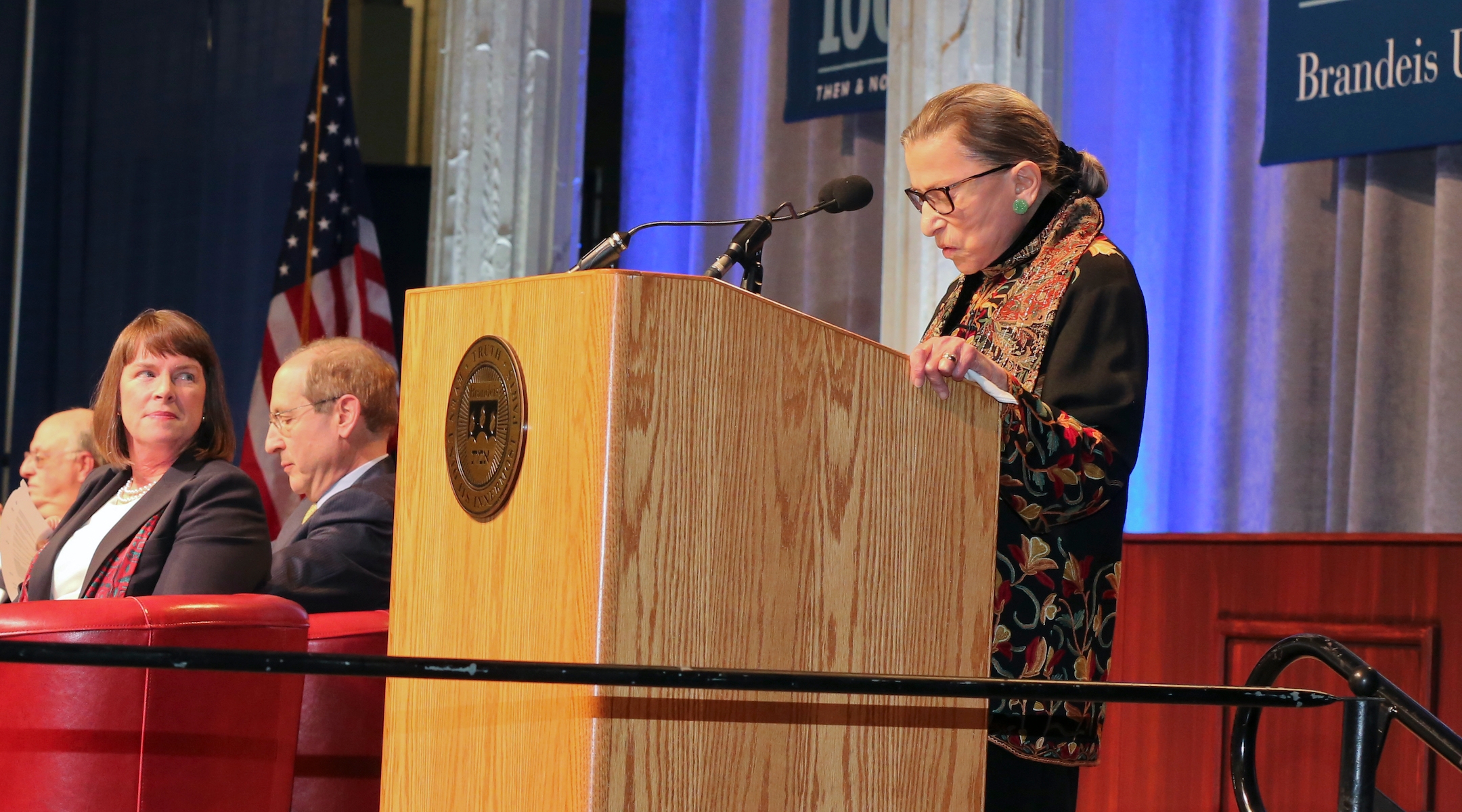 BOSTON (JTA) – One hundred years to the day of the nomination of Louis Brandeis to the U.S. Supreme Court, Justice Ruth Bader Ginsburg paid tribute to the first Jewish justice at a program at the university that bears his name.Ginsburg, who is Jewish, told a crowd of some 2,200 students, faculty, staff, elected leaders and others at Brandeis University in Waltham, Massachusetts, on Thursday that she admired Brandeis for his “craftsmanship, his sense of collegiality and his ability to combine a judicial restraint with the readiness to defend civil rights and liberties.”

READ: You down with RBG? Highlights from a new biography of Ruth Bader Ginsburg

Brandeis’ work has influenced Ginsburg’s as an advocate for women’s rights and as a judge. Like many others, Ginsburg has been inspired by Brandeis’  groundbreaking approach to constructing fact-based legal briefs – still known in legal circles as the “Brandeis Brief” — that drew on real-world circumstances.

Ginsburg praised Brandeis as being open to changing his views when his “initial judgment was not right.” In the 1880s, for example, he was opposed to women’s suffrage, she pointed out; by the 1910s, he “became an ardent supporter of votes for women.”

The event kicked off a semester-long series that will explore the justice’s legacy on a variety of subjects, including free speech, the right to privacy and American Zionism.

Among the other panelists were Philippa Strum, a Brandeis biographer and a senior scholar at the Woodrow Wilson International Center for Scholars, and Jeffrey Toobin, a legal journalist, author and New Yorker staff writer.

Brandeis’ nomination in 1916 was fiercely opposed by then-Harvard University President A. Lawrence Lowell, as well as other elites from Boston’s Brahmin circles. Brandeis’s nomination was confirmed by the U.S. Senate on June 5, 1916; he served on the court until 1939.