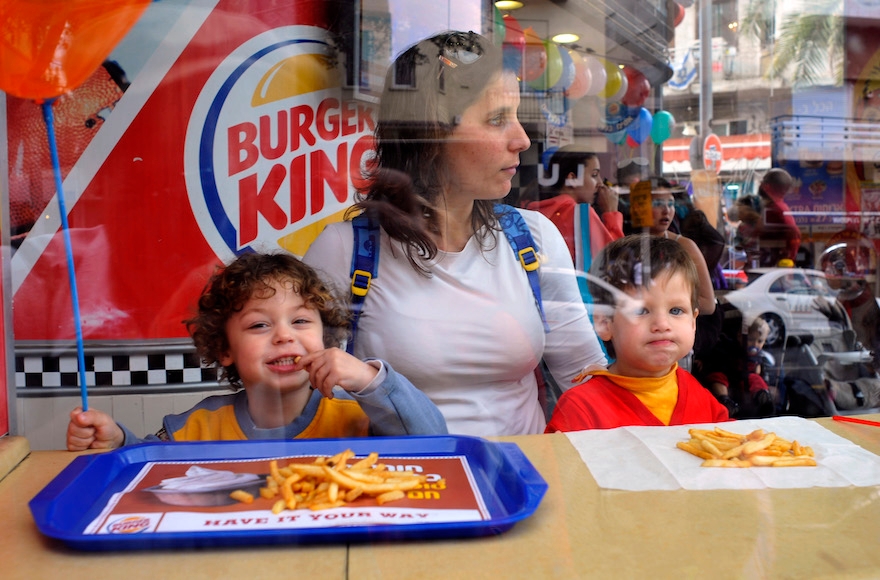 JERUSALEM (JTA) — After a six-year absence, Burger King is reopening in Israel.

The first Burger King franchise since 2010 was scheduled to open Monday night in Tel Aviv. Fifty branches are expected to open in the next five years at an initial investment of about $12 million, the Israeli business newspaper Globes reported.

French businessman Pierre Besnainou and a group of investors own the rights to the new franchise. Besnainou is already invested in other Israeli businesses, including the Carmel Winery.

The new Tel Aviv Burger King will not be kosher.

Burger King originally entered the Israeli market in 1993. Its 55 franchises in Israel shut down in the summer of 2010; most reopened as the Israeli franchise Burger Ranch.

In response to the opening of the Burger King, Burger Ranch announced that it would partner with the discount Israeli coffee shop chain Cofix to build specialized Cofix branches adjacent to Burger Ranch outlets, offering less expensive choices.

Starbucks, Wendy’s and Dunkin’ Donuts are other American franchises that did not make it in Israel.