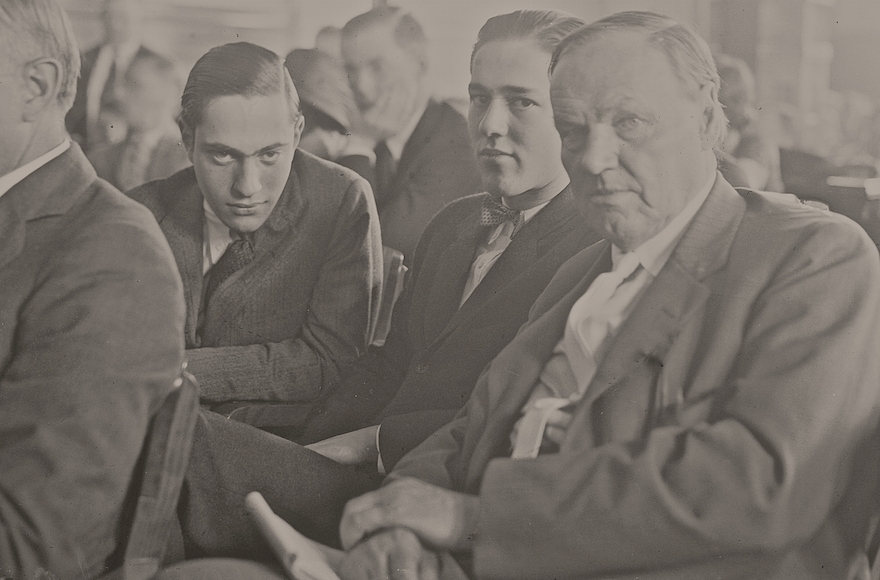 (JTA) — In June 2013, Ethan Couch, an inebriated 16-year-old Texan, was speeding and driving illegally on a restricted license when he slammed into a group of people standing on the side of the road. Four died; nine were injured, including two of Couch’s passengers, who were seriously hurt.

The case became a topic of national conversation because, despite the severity of his crime, he got off with a slap on the wrist thanks to a unique defense: “affluenza.”

A psychologist testified that Couch didn’t understand the consequences of his actions because his parents taught him wealth buys privilege. Somehow, despite killing four people and testing positive for alcohol and drugs, he was sentenced to just rehab and probation. (Couch has again been in the news for fleeing the country; he was found partying in Puerto Vallarta, Mexico, with his mother. He’s currently at a juvenile facility in Texas.)

Couch’s featherweight sentence in a way proved his parents correct: Wealth does have its privileges, such as the ability to hire crackerjack lawyers who dream up creative defenses.

Though press accounts didn’t mention it, Couch wasn’t the first high-profile case to use the “affluenza” defense. That dubious honor goes to two young Jewish men accused of committing the “crime of the century” over 90 years ago — Nathan Leopold and Richard Loeb.

The names Leopold and Loeb live on, but for most people, what they did has become clouded in the mists of history. That will likely change after PBS airs the American Experience documentary “The Perfect Crime” on Tuesday, Feb. 9 (check local listings), which examines this blockbuster case.

The pair, both 19, seemed to have it all. Leopold and Loeb were both scions of families worth multi-millions of dollars in 1920s Chicago, back when a million bucks still meant something. They were smart, University of Chicago students who believed themselves “ubermenschen,” as defined by Nietzsche — so exceptional that they are not bound by law or morality.

They started committing comparatively minor offenses before attempting what they intended to be the perfect murder — a crime they planned for more than half a year, just to see if they could get away with it. On May 21, 1924, they lured 14-year-old Bobby Franks, Loeb’s second cousin, into their rented car, killed him almost immediately, and then dumped his disfigured body in a railroad culvert in Indiana. To obfuscate the nature of their crime and throw the police off the trail, they made it appear as though it was a kidnapping for ransom.

When the cops found the body, they discovered clues that pointed to the pair. At first, because of their wealthy background and theretofore clean records, Leopold and Loeb were dismissed as likely suspects — but once they were brought in for questioning, their stories eventually fell apart. 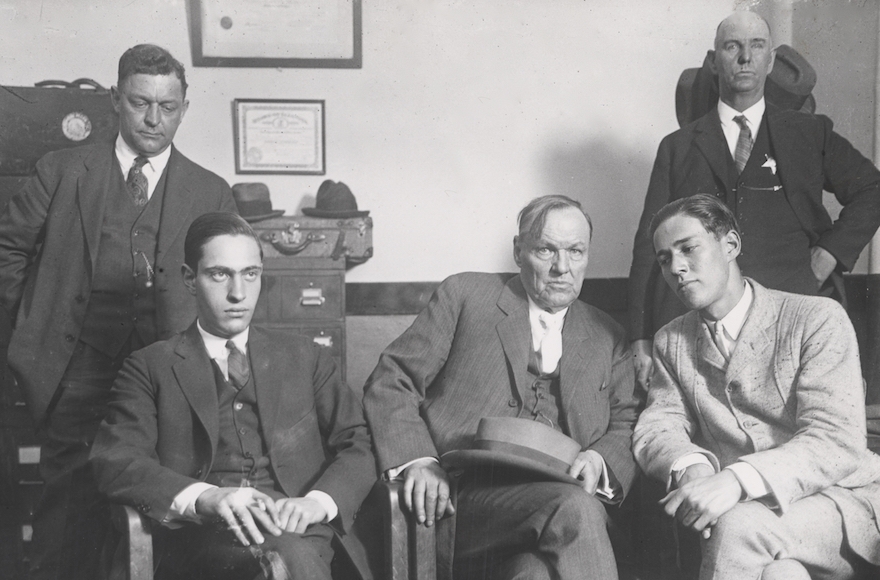 The Loeb and Leopold families hired Clarence Darrow, the most famous defense attorney at the time, to defend the boys. It seemed hopeless — the teens demonstrated no remorse and, in fact, snickered throughout the proceedings. Though the pair pleaded not guilty before Darrow was brought in on the case, the volume of evidence the police compiled against them seemed insurmountable.

But the families wanted their kids to survive, even if in jail — as did Darrow, an ardent opponent of the death penalty. He changed their plea to guilty, essentially avoiding a trial and going straight to a sentencing hearing.

For 12 hours, Darrow argued that there were mitigating circumstances: The two were ignored by their parents and raised by governesses. They were privileged sons of wealth who led sheltered lives with cold families. This was the dawn of the age of Freudian psychology. No one had ever tried a defense like this before. Did it work?

Yes — and no. Leopold and Loeb avoided the death penalty. The judge claimed it had nothing to do with the psychological mumbo jumbo — that’s not a direct quote, by the way — that was offered by the defense. Rather, he merely refused to sentence teenagers to die. But did Darrow’s argument influence the judge? No one really knows.

What we do know is that science of psychology has matured and its use as a defense for crimes has been accepted in legal circles.  Unfortunately, the baloney defense is still around, too.

Take the recent case in San Diego of John David Weissinger, who was on trial for threatening members of a Muslim advocacy group. His lawyer admitted he was guilty, but blamed it in part on his client binge watching Fox News — a defense that became known as “Foxfluenza.”

This particular argument didn’t take, and Weissinger was sentenced to a year in prison plus five years probation.

With economic inequality a hot-button issue at the moment, the “affluenza” defense may be a tougher sell than it was in the 1920s. Couch, for one, has been roundly reviled in the court of public opinion.

Of all the Jewish-influenced innovations PBS could have highlighted, Loeb and Leopold’s defense isn’t the proudest.