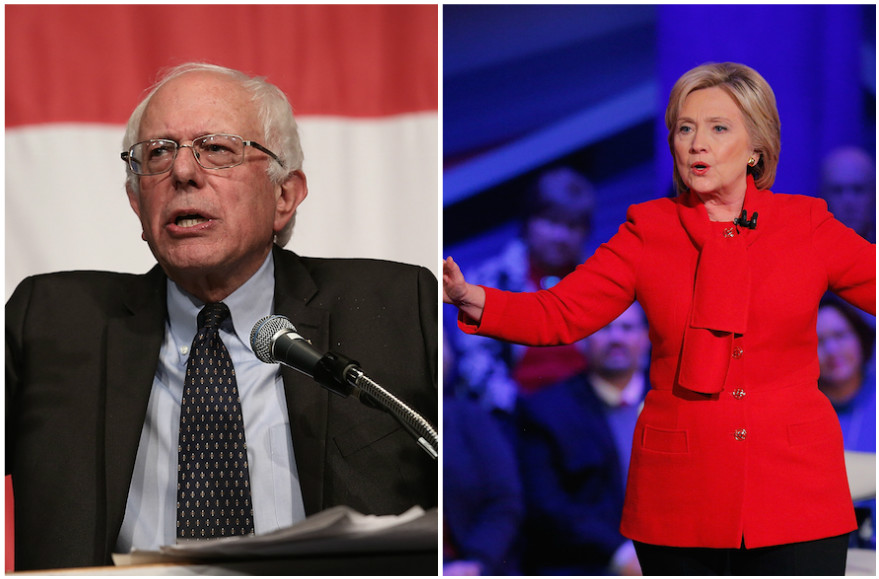 WASHINGTON (JTA) — At a New Hampshire town hall meeting, Bernie Sanders described himself as a man of faith and Hillary Rodham Clinton opened up to a rabbi about her insecurities.

“You’re Jewish, but you’ve said that you’re not actively involved with organized religion,” Cooper asked Sanders, the Independent senator from Vermont vying with Clinton, the former secretary of state, for the Democratic presidential nod.

Sanders, who until now has been hesitant to discuss his religious beliefs or Jewish upbringing, said faith is a guiding principle for him.

“You know, everybody practices religion in a different way,” he said. “To me, I would not be here tonight, I would not be running for president of the United States, if I did not have very strong religious and spiritual feelings.”

Sanders said he expressed his faith through the sense of responsibility he had for others.

“My spirituality is that we are all in this together and that when children go hungry, when veterans sleep out on the street, it impacts me,” he said. “That’s my very strong spiritual feeling.”

A question for Clinton came from Rabbi Jonathan Spira-Savett, who helms Temple Beth Abraham in Nashua, New Hampshire. He quoted a teaching by Rabbi Simcha Bunim, a Hasidic sage of the late 18th and early 19th centuries.

“Every person has to have two pockets and in each pocket they have to carry a different note,” Spira-Savett said, quoting Bunim. “And the note in one pocket says the universe was created for me. And in the other pocket the note says I am just dust and ashes.”

He then asked Clinton: “How do you cultivate the ego, the ego that we all know you must have, a person must have to be the leader of the free world, and also the humility to recognize that we know that you can’t be expected to be wise about all the things that the president has to be responsible for?”

Clinton launched into a reflection on her difficulties living in the public eye. She contrasted her struggles “about ambition and humility, about service and self-gratification” with her husband, former President Bill Clinton, who she said “was such a natural, knew exactly what he wanted to do.”

Clinton said her struggle to balance ego and humility is a daily one.

The former New York senator said she takes advice from faith leaders, including rabbis who send her notes on Jewish religious teachings.

Clinton quoted a Jesuit reading of the Christian parable of the prodigal son.

“Be grateful for your limitations,” she said. “Know that you have to reach out to have more people be with you, to support you, to advise you, listen to your critics, answer the questions.”

Spira-Savett’s Bunim citation left an impression on Clinton; she returned to it toward the end of the town hall when she confessed to hankering for anonymity, to longing for time with friends.

“They keep me grounded,” she said. “They keep me honest. They deflate my head. They deal with the universe in one pocket and the dust and ashes in the other.”