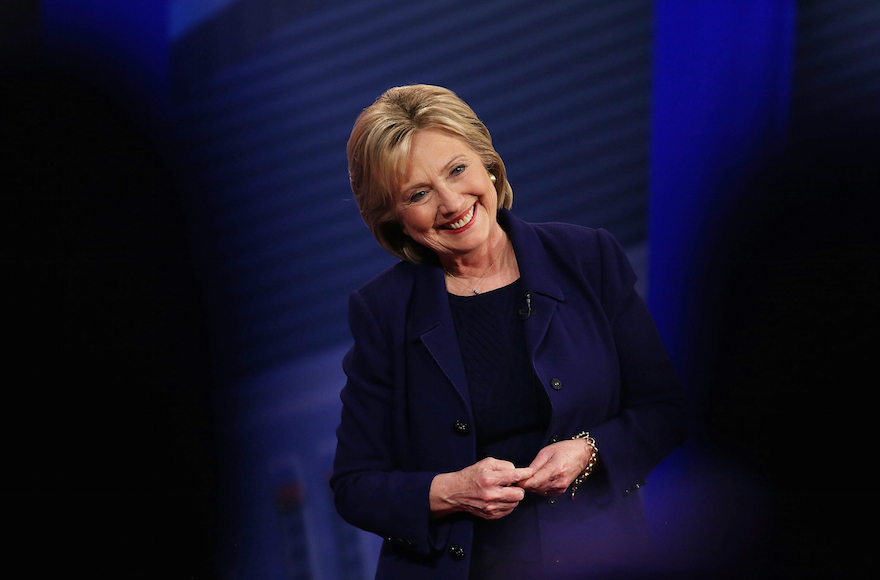 During CNN’s town hall forum on Wednesday night, Hillary Rodham Clinton fielded a question from a New Hampshire rabbi with what commentators welcomed as unusual thoughtfulness.

Rabbi Jonathan Spira-Savett, who leads Temple Beth Abraham in Nashua, quoted an 18th-century Hasidic sage in asking how the Democratic candidate balances her ego and humility while running for the nation’s top office.

Clinton’s long answer, in which she described her constant struggle to stay grounded in the public eye, received glowing reviews by everyone from pundits to former advisers to CNN viewers. Here are some of the notable Twitter reactions, many of them first compiled by Jewish Insider.

.@HillaryClinton has been my friend for 25 years. Her response to that rabbi is the Hillary I’ve seen in private: reflective, spiritual.

Terrific questions from voters at this CNN town hall. Rabbi’s on ego/humility balance so apt/smart

Hillary she knocked it out of the park with that answer to the Rabbi. She’s a philosopher. Who knew? #DemTownHall

That was actually quite a beautiful answer from Hillary. I mean it.

Hillary she knocked it out of the park with that answer to the Rabbi. She’s a philosopher. Who knew? #DemTownHall

Some found humor in Judaism’s appearance in a national political debate.

On Wednesday, the rabbi asked about pockets.

That rabbi came from central casting.

The Daily Beast’s executive editor Noah Shachtman faulted the rabbi, not for his words but for his fashion choices.

As a dedicated and proud Jew, let me say: this rabbi’s tie is an affront to the Lord.

Clinton, who said in her answer that she regularly receives notes from rabbis, wanted to meet Rabbi Spira-Savett after the CNN forum.

Hillary actually just said this! “Thank you guys. I want to meet the Rabbi.”