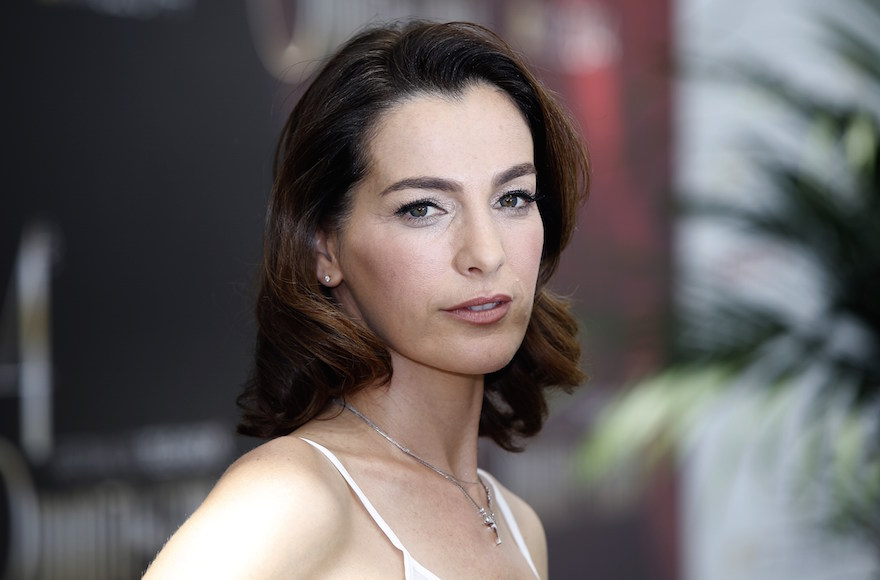 (JTA) – An Israeli fashion store’s decision to fire Israeli actress Ayelet Zurer, 46, as its house model and replace her with a 25-year-old sparked a national debate on women’s rights in that industry.

Zurer, a Tel Aviv-born actress who had prominent roles in Steven Spielberg’s 2005 film “Munich” and the 2013 Superman franchise “Man of Steel,” sued the Golbary chain of discount fashion stores last month for wrongful dismissal after working for 11 years as their house model, the Globes daily reported Monday.

The lawsuit for $118,000 in damages alleges the owners told Zurer that her looks had deteriorated and then fired her for a different reason – namely that she had missed a photo shoot because of a minor operation she had to undergo last year. Then they replaced her with Esti Ginsburg, a 25-year-old model once featured on the cover of Sports Illustrated magazine.

The lawsuit against Golbary prompted an outcry in media and social networks, with some users setting up Facebook pages calling on women to boycott the Golbary chain, which has 85 stores. It also elicited an angry reaction from Shelly Yachimovich, the previous chair of Israel’s Labor Party.

Yachimovich called Zurer “breathtakingly beautiful” and added that the actress attained her current status through talent.

“That someone should consider her not beautiful enough pours gasoline on the fire” that is low self-esteem among many women because of the fashion industry’s perpetuation of unattainable beauty standards, Yachimovich wrote on Facebook.

Zurer’s “looks haven’t really deteriorated. Simply, for 54-year-old Moshe Golbary, her time was up – her age was beyond his ability to fathom it,” Yachimovich wrote, adding that Golbary used to own a firm that specialized in organizing horse pageants.

“Women are not horses,” wrote Yachimovich.