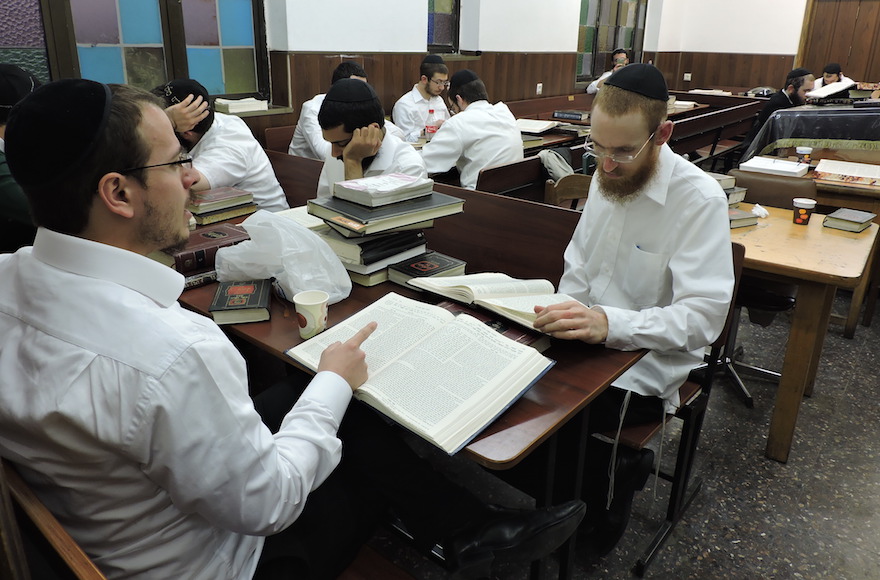 KFAR CHABAD, Israel (JTA) — In an otherwise deserted field at the center of this rural Israeli village, a Brooklyn brownstone presents an incongruous sight.

If it looks like it would fit perfectly in Crown Heights, that’s because it already does. The three-story apartment house topped by three gables is a brick-for-brick reconstruction of 770 Eastern Parkway, the storied headquarters of the late Lubavitcher rebbe, Menachem Mendel Schneerson, and his Chabad-Lubavitch movement. The address is etched next to the doorway of the Israeli replica, 6,000 miles from Brooklyn and about 11 miles from Tel Aviv.

“The building is an alternative to whoever can’t go to him in the United States,” said Rabbi Menachem Latar, the manager of the Israeli version of 770, referring to Schneerson. “As a Chabad Hasid, if you were with the rebbe and had a meeting with the rebbe, you imagine everything that was in the presence of the rebbe.”

The out-of-place brownstone symbolizes the mission of this community of 6,000 Chabadniks, who call their village the “capital city” of the Chabad movement. Its warehouses organize and distribute ritual and educational materials for the Hasidic outreach movement’s global network of emissaries, and it acts as a home base for Chabad Hasidim across Israel.

Twenty-two years after Schneerson’s death, the village aims to perpetuate his legacy. 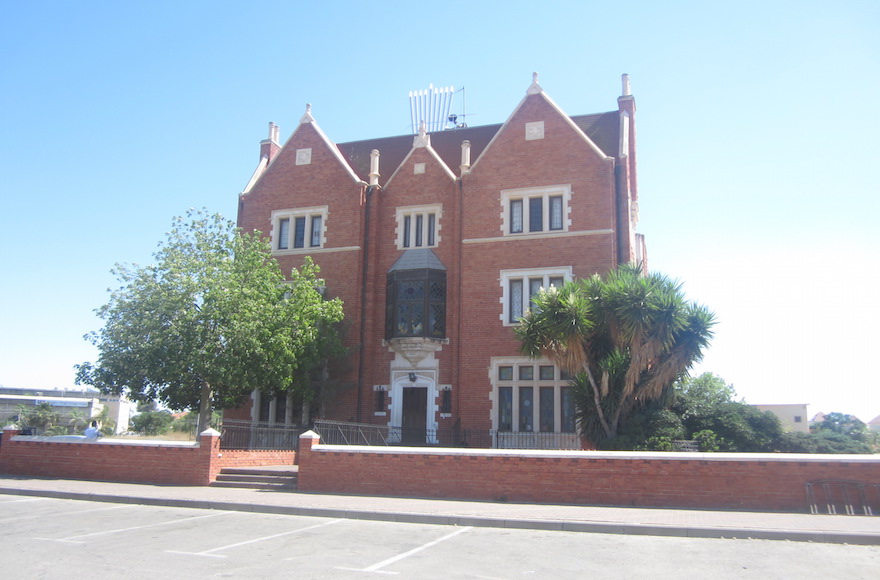 A brick-for-brick replica of Chabad’s headquarters in Brooklyn stands at the center of Kfar Chabad, a rural Israeli village founded by Lubavitcher Hasidim in 1949. (Ben Sales)

But Kfar Chabad also exists in tension with Chabad’s ethos of outreach. Schneerson sent his followers to far-flung cities from Colombia to the Congo, setting up outposts to greet and engage Jews wherever they may be. Chabad emissaries sometimes are the only observant Jews in their city. Kfar Chabad is the only place in the world where every resident is a Chabadnik.

“For someone living outside Kfar Chabad, his Chabad [allegiance] could cool down,” said Nochum Lurie, who grows etrogs in one of the village’s orchards. “Here it’s warming up all the time. If a tree grows separately, it can grow crooked. But in the woods, the trees stand tall.”

READ: How the Chabad rebbe helped create food stamps, and other Jewish Medal of Freedom stories

One of the main functions of the village is to act as a wholesaler of Chabad ritual objects. Lurie maintains his trees for the fall festival of Sukkot, when crates of his etrogs are sent to Chabad Hasidim worldwide. Three months before Passover, children and adults at a local factory begin baking matzah to be sent to Lubavitch emissaries all over the world. A large children’s bookstore sells serials for Chabad boys and girls. A leather bookbinder puts out identical sets of Chabad texts.

The town’s flagship exports, however, are emissaries. An estimated 1,500 emissaries, known in the parlance as shluchim, have come from the town, serving across Israel and the world. Many children are raised by their grandparents because their parents are serving abroad.

“Here we grow emissaries, and that’s no less important,” said Bracha Tvardovich, a Kfar Chabad resident with children serving as emissaries in Israel, Miami and Antwerp, Belgium. “There are institutions that serve Chabad nationwide.”

Kfar Chabad also has attracted some of the more extreme elements of Chabad ideology. In the past two elections, the vast majority of Kfar Chabad voters chose parties with far-right Kahanist candidates – hewing to Schneerson’s prohibition against Israel ceding land.

City leaders, along with many others, speak of Schneerson in the present tense, suggesting a belief that the rebbe, whom many believe is the Messiah, is not quite dead. The Torah ark in Kfar Chabad’s 770 replica refers to Schneerson as “the king messiah” and uses an acronym after his name that translates to “May he merit a long and good life, Amen.”

READ: How the world’s longest-running Chabad house survives in Morocco

The Israeli version of the 770 headquarters features a replica of Schneerson’s study. In Brooklyn, this is where Schneerson would greet and hold private meetings with visitors from across the globe. At Kfar Chabad, a perpetually empty chair sits opposite the door, and Chabad Hasidim often use the room to pray privately, recite Psalms or feel close to their leader.

“He didn’t die,” Binyamin Lifshitz, the village manager, said of Schneerson. “He went away. He’ll come back.” 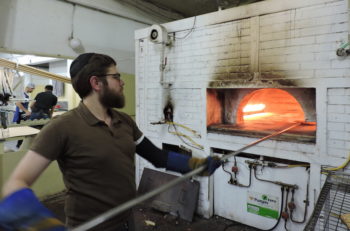 A man baking matzah in a brick oven in Kfar Chabad, a village that provides ritual materials to Chabad emissaries across Israel. (Ben Sales)

Schneerson’s predecessor, Rabbi Yosef Yitzchok Schneersohn, instructed 74 Chabad families who had survived the Holocaust to found the village in 1949, one year after Israel’s independence. According to Lifshitz, Schneersohn wanted to help settle the land while ensuring that his followers retained their ideology during a time of upheaval. Early residents raised cows, chickens and goats while also growing oranges, clementines and wheat.

Sixty-seven years later, Kfar Chabad has lost most of its agriculture and gained a train station. But it remains a sleepy town, without a stoplight and with one small supermarket dominating a tranquil, central roundabout. Lampposts featuring pictures of and quotes by Schneerson line suburban-style residential neighborhoods.

Many of the residents know each other, and there are no street addresses. Say a name and a passer-by will simply direct you to the house.

In many ways, the village is similar to several other haredi Orthodox towns across Israel. According to data from 2008, the latest available, half of the residents are children and the village’s median age is 17. Only 55 percent of adults work, below the national figure of 64 percent. Three-quarters of men 15 and older have studied in a yeshiva.

“We say we need to be integrated in society and not live all together, but we’re in a village,” said Kfar Chabad resident Sara Zilbershtrom, director of Israel’s Women and Girls of Chabad. “The village lives the mission. It’s like the backbone that makes it possible to leave.”