People are confused why Bernie Sanders won’t own his Jewishness 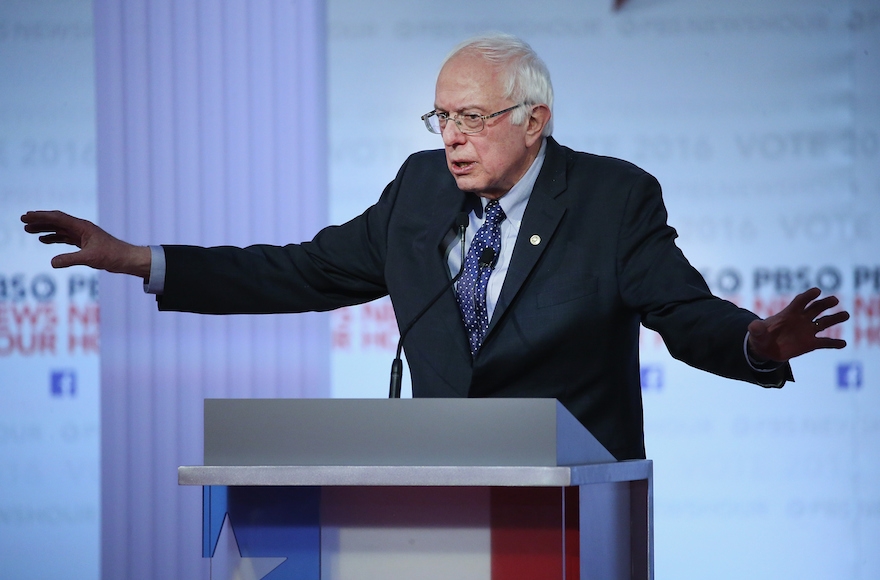 Toward the beginning of Thursday night’s Democratic debate, Bernie Sanders had the perfect opportunity to tout that he would be the first Jewish president.

Asked whether he’s worried about blocking the inauguration of the first female president, the Independent Vermont senator pointed out that he too would make history if voted into the White House.

By “background and views,” Sanders ostensibly meant that he’s a 74-year-old Jewish socialist from New York with more than a hint of a Brooklyn accent.

Sanders roots have garnered growing attention as he’s risen in the polls. In the past week, there’s been the revelation about the Israeli kibbutz he worked on, his appearance on “Saturday Night Live” as Bernie Sanderswitzky, the hoopla around him becoming the first Jew to win a presidential primary in New Hampshire and his televised return to his Brooklyn neighborhood.

But the Vermont senator still has yet to say the word “Jewish” on the national political stage, leaving some in the Jewish community disappointed — or simply confused.

As reported by Jewish Insider, an array of pundits and others took to Twitter during Thursday night’s debate to raise the question: Why?

Answer to various e-mails I’ve gotten: I don’t know why Sanders never mentions the fact that he would be the first Jewish president.

Why didn’t Bernie mention he’s Jewish when discussing historic nature of his campaign? That’s part of it, too. #DemDebate

When the debate turned toward foreign policy — a policy area where Clinton has had the upper hand throughout the race — Sanders also managed to not say the word “Israel.”

Clinton mentions Israel twice in her answer on Middle East. Bernie, in his responses, avoids talking about Israel. Clear pattern

Sanders may be focused on uniting Americans for a better future, but some Jews would clearly like to hear him acknowledge his past.