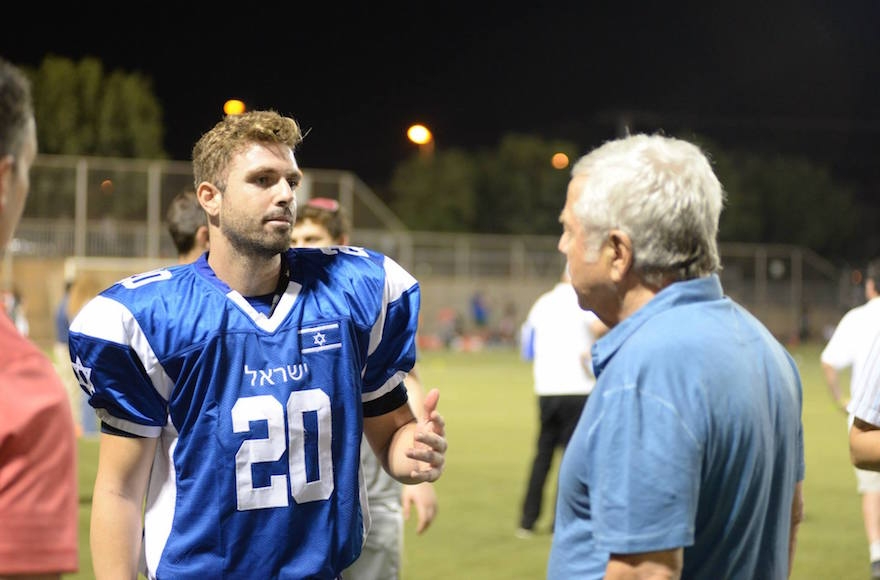 JERUSALEM (JTA) — An Israeli professional soccer player will be trying out for the National Football League as a kicker.

Gal Mesika will be the first Israeli to participate in a tryout attended by pro football scouts when he attends the free agent specialists combine in Arizona starting March 14, according to Steve Leibowitz, president of American Football in Israel, the sport’s governing body there.

New England Patriots owner Robert Kraft recommended Mesika, who kicked for an Israeli national American football team last summer, for the tryout. Kraft, who has donated millions to Israeli football and has a Jerusalem stadium named for him, watched Mesika kick when Kraft was in Israel hosting 19 members of the Pro Football Hall of Fame. A demo tape led to an invitation to train with one of the leading kicking coaches in the United States, Gary Zauner.

The training led to Mesika being invited to attend the combine for unsigned kickers, punters and long snappers.

Mesika, a goalie in top Israeli soccer leagues for the past decade, was the place kicker and punter for the Israeli team in American football in its inaugural international game, a 28-20 victory over Spain last summer in Madrid. He was the starting goalkeeper for the under-19 and under-21 Israeli national teams.