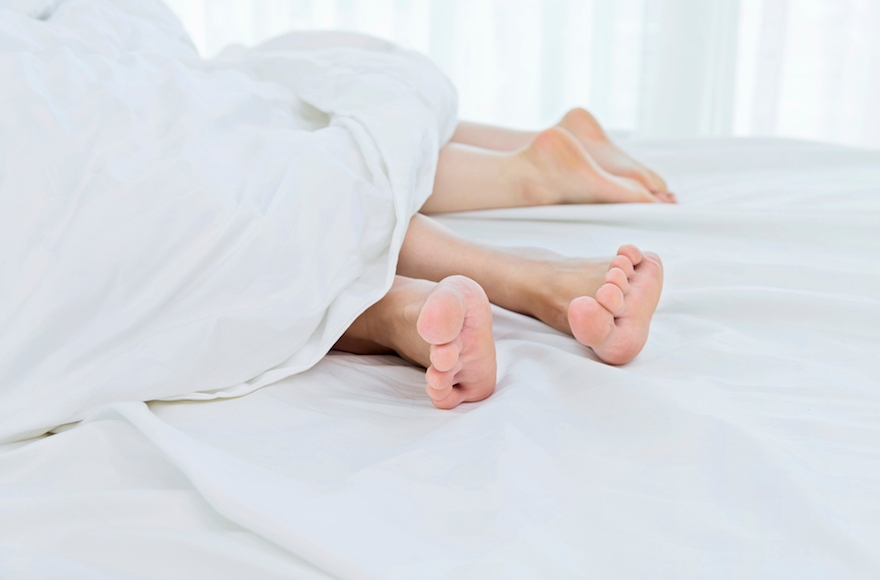 A couple in bed (iStock)
Advertisement

It’s an unusual question for the wife of an Orthodox rabbi to talk about publicly, but Doreen Seidler-Feller has made a career of it.

A clinical sex therapist and professor at UCLA, Seidler-Feller has been married to Rabbi Chaim Seidler-Feller, the campus rabbi at the UCLA Hillel, for more than 40 years, and she’s been talking about sex for about that long.

In fact, the two often host public talks about sex and Jewish tradition, as they did at the Limmud FSU West Coast conference in Pasadena, California, in late January. Theirs is a practiced routine. Chaim, with unruly white hair secured under a kippah, enthusiastically discusses passages about sex in the Talmud. Doreen talks about how to make Jewish sexual traditions relevant in modern times.

When Doreen first met Chaim all those decades ago, it “wasn’t in the script” to marry a rabbi and become Orthodox, she says. The daughter of a Holocaust survivor, she grew up eating pork and shrimp in her secular South African Jewish community. But her family’s history, and being a child of divorce, motivated her to help “shattered hearts” and articulate a new Jewish identity for herself, she says.

Today, that identity means helping couples work on their relationships – and sex. For a relationship to succeed, Seidler-Feller says, there must be a balance between stability and eroticism. That means risk-taking both in the relationship and in the bedroom.

“Where sex is concerned, be experimental,” she said. “Be willing to explore new territory because that’s what gets the neuro-chemicals going.”

Seidler-Feller’s specialty is Orthodox sex therapy, where she is one of only a few clinical psychologists working on the issue. Others include David Ribner, founder of the sex therapy training school at Bar-Ilan University in Israel and author of manuals for sexual intimacy for Orthodox couples, and Bat Sheva Marcus, a modern Orthodox, New York-based sex therapist.

In strictly haredi Orthodox circles, Seidler-Feller says, young men and women receive their only bit of sex education right before their wedding night. Due to the lack of knowledge about sex and human anatomy, young haredim often suffer acute anxiety when it comes to sex. Frequently they come to Seidler-Feller because they are unable to consummate their marriage.

The problem often is that the men simply don’t know where to put their penis. Seidler-Feller tries to guide them by describing the female anatomy in painstaking detail – without using pictures, which would be forbidden.

“I ask him to close his eyes so he can visualize, simplify the stimulus, using descriptive and explicit language, to walk him through the anatomy,” she said.

Orthodox patients typically are referred to Seidler-Feller either through religious community leaders, medical professionals or from other patients. 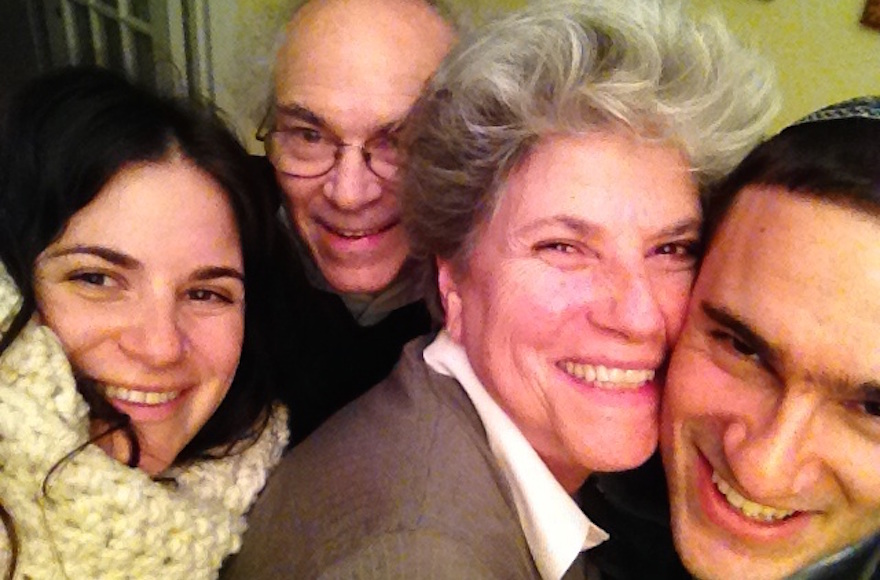 Seidler-Feller’s main mission is to support monogamy and marriage, and much of her practiced talk is about how religious values can benefit any relationship. She offers three guiding principles.

One, take risks and commit. With apps for dating and hookups, uncommitted premarital sexual encounters are easy to find. But “the more the merrier” flies “in the face of what is good for men and women,” Seidler-Feller says.

The risks people once had to take to find partners – committing to an actual date, going to a young woman’s house and asking her parents for permission to date her – were good because they helped make us stronger, she says. Without taking these initial first risks and opening ourselves up for rejection, Seidler-Feller argues, men and women are less likely to commit in any capacity, either in dating or marriage.

“Everyone gets their heart broken on the road to love – and they should, because that’s the only way they develop any grit and strength,” she said during her presentation at the Limmud FSU conference.

Seidler-Feller’s second tenet is that both men and women need to be honest with themselves about what they want out of a relationship. Women especially, she says, shouldn’t be ashamed of their desire for someone to lean on.

“One’s capacity to say ‘I need help’ or ‘I feel vulnerable, I need you to be strong so I can let go,’ creates so much breathing room for a woman,” she said. “I think it’s important that women don’t lose contact with that side of themselves.”

While looking for dependency may not be politically correct, Seidler-Feller says it’s definitely not anti-feminist.

“Dependency is not the same as weakness,” she said. “It’s an interdependent recognition of complementary limitations that each of us have as humans.”

Seidler-Feller’s third tenet is that couples should confide in each other. Opening yourself up and sharing your deepest secrets, fears and desires with your partner creates loyalty and satisfaction, she says.

“If you want to be in a good relationship, you have to engage in deep conversation,”  she said.

With a foundation of trust and reliability, partners are less likely to look for that elsewhere.

“If you can do that and avoid the easy way of blaming the other person and looking outside yourself instead of looking inside yourself, I think you’re on the road to a lasting relationship.”