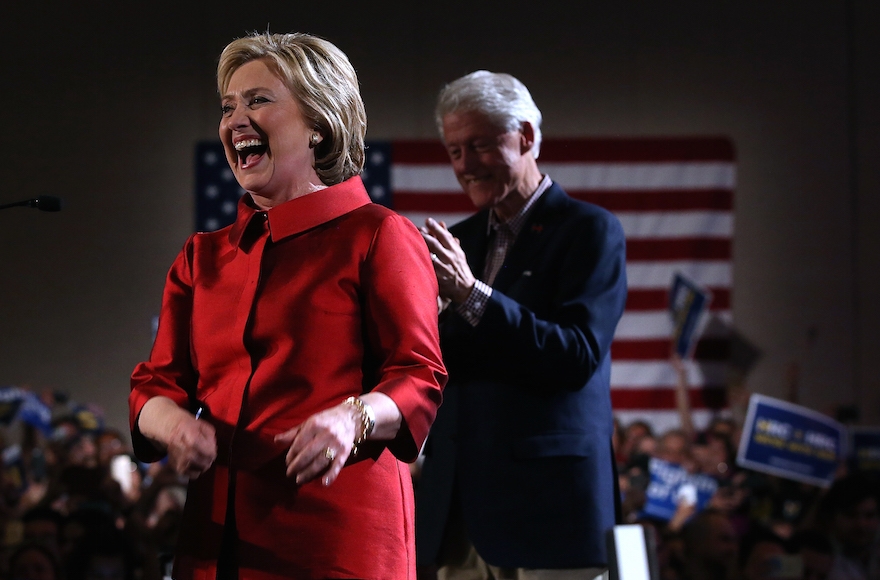 WASHINGTON (JTA) — Hillary Rodham Clinton defeated Bernie Sanders in the Nevada Democratic caucuses, which was seen as a key contest for the former secretary of state in the race for the party’s presidential nod.

Donald Trump, meanwhile, cruised to a win in the Republican South Carolina primary, while Sens. Ted Cruz of Texas and Marco Rubio of Florida were battling it out for second place. Former Florida Gov. Jeb Bush, the favorite a year ago and the candidate who attracted the most establishment Jewish donors, dropped out.

Clinton led Sanders, 52.6 to 47.4 percent, with 90 percent of the votes counted, CNBC reported, citing Reuters, on Saturday night. The Vermont senator, an Independent, called Clinton to congratulate her not long after the caucuses closed.

Nevada, the third nominating state in the campaign, is not winner take all, and both candidates leave the state with delegates.

It was viewed as key to salvaging Clinton’s campaign after she suffered a crushing defeat to Sanders earlier this month in New Hampshire — the first time a Jewish candidate has won a primary state. Clinton, who once led Sanders substantively in polls, had won a razor-thin victory in the Iowa caucus.

Her campaign said Nevada and the Feb. 27 primary in South Carolina, where she is leading in polls, would showcase her ability to turn out minorities and more moderate voters. Iowa and New Hampshire are overwhelmingly white, and Democrats in those states tend to be more liberal than the national party.

Officials in Nevada’s substantial Jewish community expressed unhappiness with the timing of the caucuses, during the Sabbath. 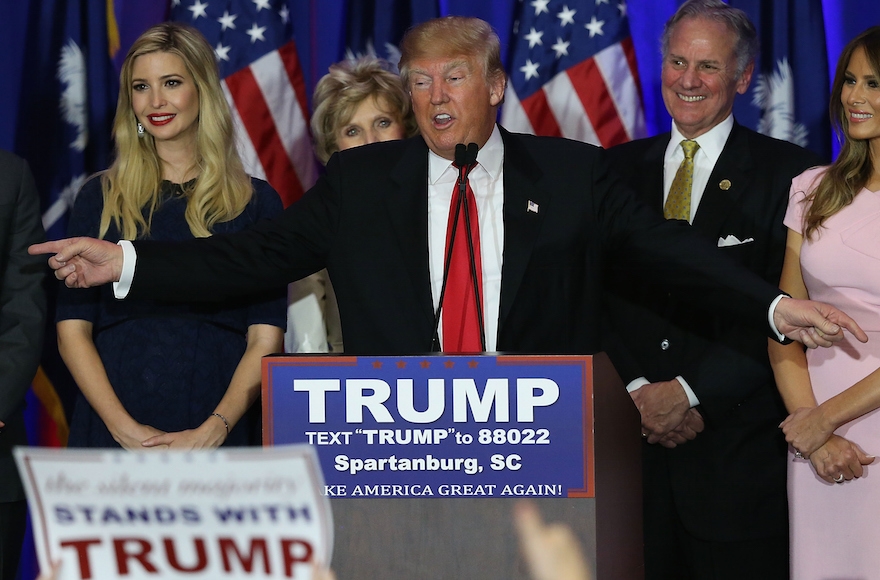 Bush languished in fourth place, with 7.9 percent of the vote. He needed to finish a strong third or better to stay in the race after performing poorly in Iowa and New Hampshire. The establishment candidate from early on, Bush’s rivalry with Trump has often been bitter and personal. He has attracted the support of the bulk of Republican Jewish donors, although Rubio and Cruz also have major Jewish backers.

Rubio and Cruz are competing for the support of Sheldon Adelson, the casino magnate who in 2012 spent tens of millions of dollars in a bid to get a Republican elected.

The Republican Party will hold caucuses in Nevada on Feb. 23.